My funicular is now finished and operating well, so I thought I'd go back and talk about how I made it.

Right from the start I knew I wanted a funicular for guests to Ranuska to get to their accommodation. Early on I discovered the Elevador da Bica in Lisbon, Portugal and was immediately drawn to its nice colour scheme and cute design:

However I struggled adapting the design to the 36Âº slope that mine would have to climb. Then one day while browsing my regular blogs I happened upon a post by Phil Parker from BRM (a great train magazine by the way) where he had discovered this wee cutie in someone's garden: 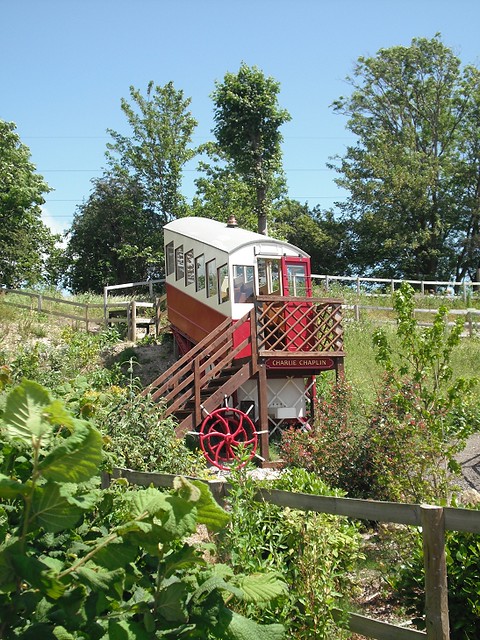 (and yes, I would like one in my garden too!)

The design looked perfect for my incline, and the colour scheme was pretty good looking too.

So out came the 3d modelling program and soon I had an STL file ready for printing: 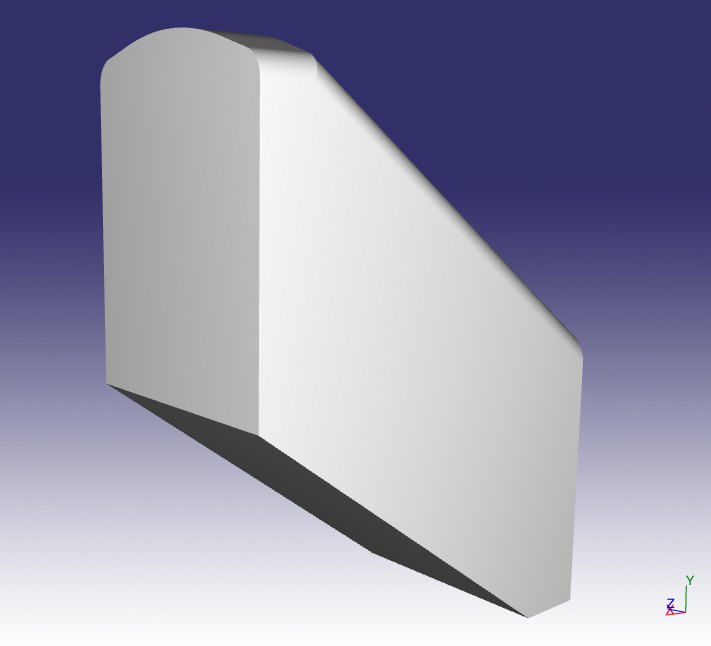 I printed it out in PLA on my 3d printer and then gave it a good clean up with some needle files. Straight out of the printer the results can be pretty tough, but PLA is tough and cleans up nicely, and the finished result was quite promising: 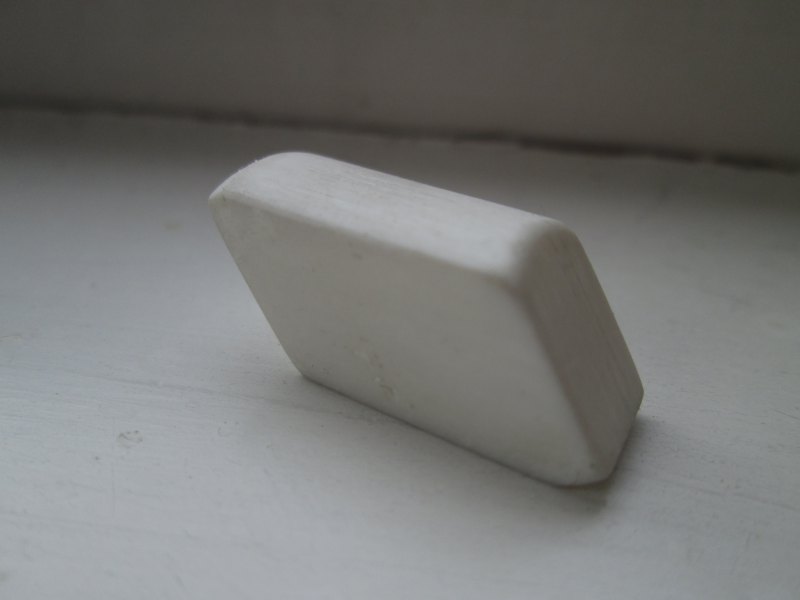 From this I then made a silicone mold: 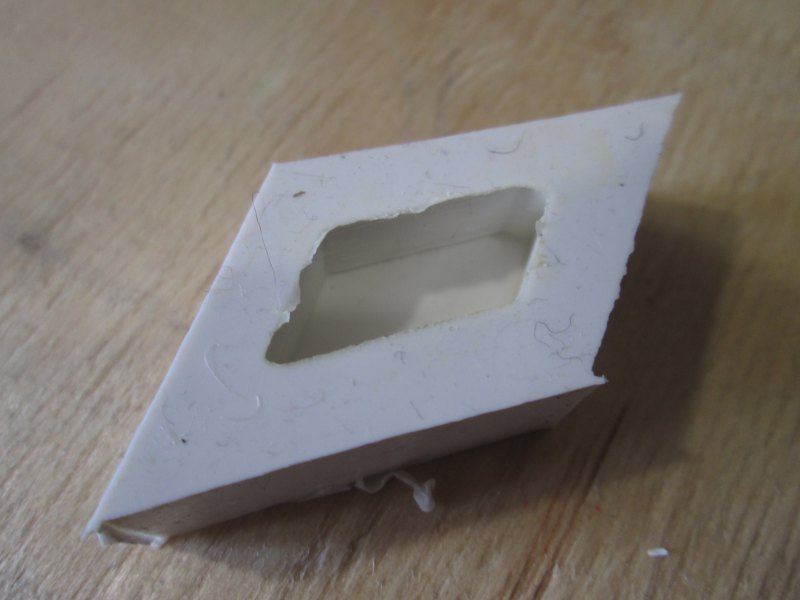 You may wonder why I made a mold when I already had a positive... why not just use that? Well I wanted my funicular to have windows, and there was no way I could build a funicular that small out of normal styrene, let along cut out windows and so forth. So instead I cast it in clear epoxy resin and ended up with a completely see through funicular. 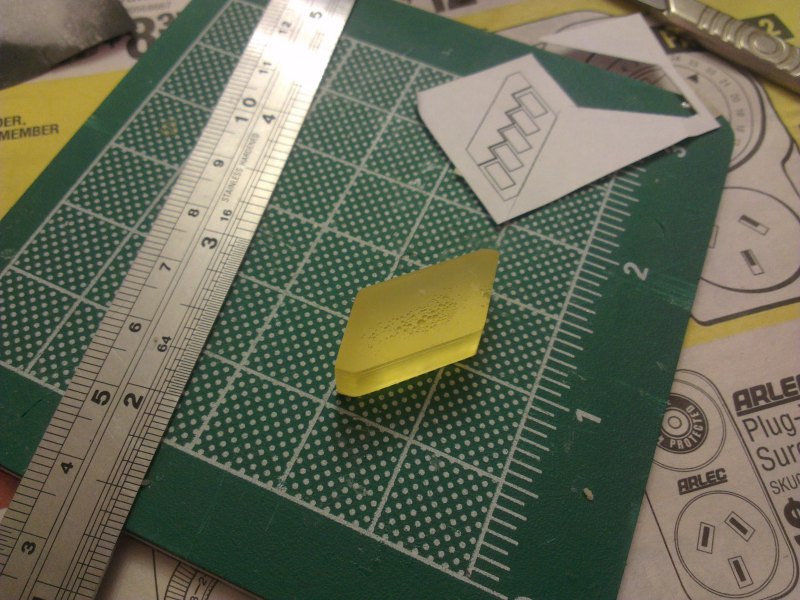 Now that I had a clear epoxy funicular (albeit with a slight yellow tint), I needed to paint the walls and windows on.

I made a pattern for each side on the computer and printed it out, then stuck it on with double sided tape. Then I cut around the windows and peeled away the excess paper. I sprayed some gloss clear coat on the remaining window masks, to make sure no paint would seep underneath. Then I very carefully painted on the sides and roof. 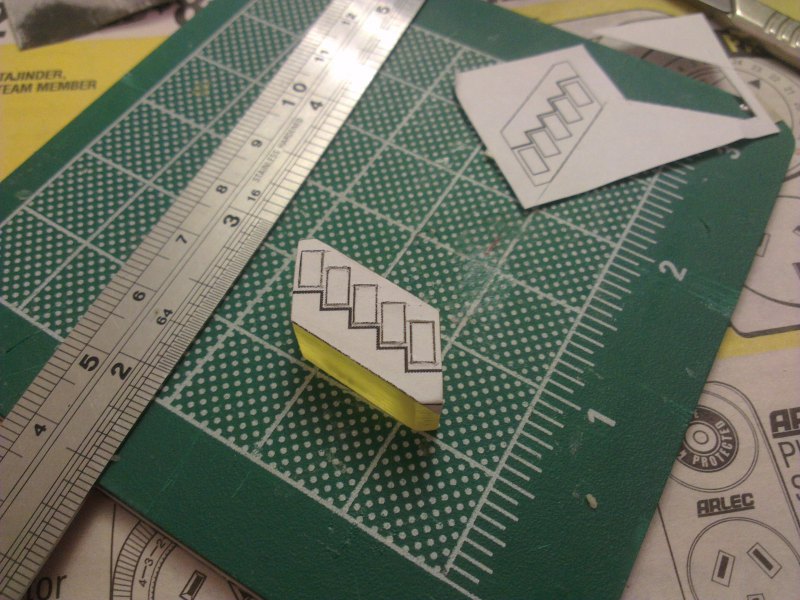 A little bit of the paint peeled up while I was removing the masking, seems I should have used a better primer. However the result was pretty good, and easy enough to touch up: 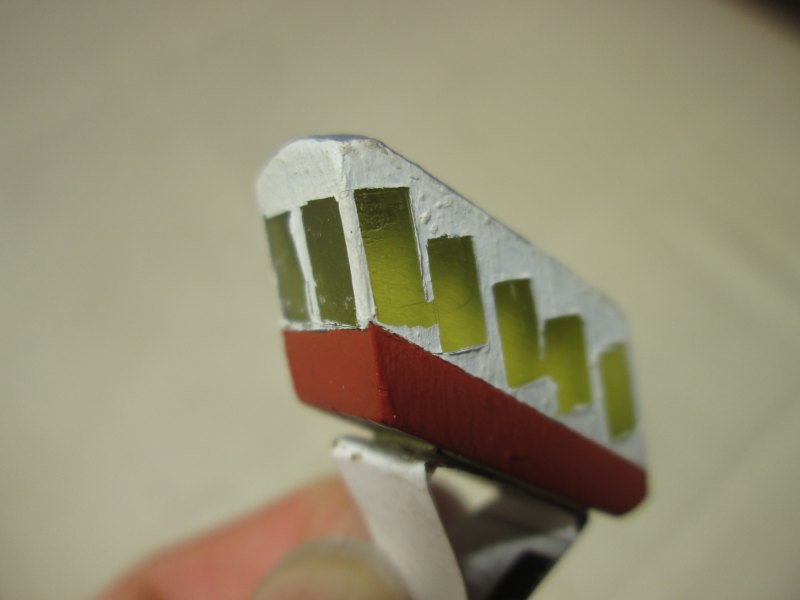 Excuse the brutal close up, the poor thing is only a couple of cm long! You can see the loop of paper I made to hold it while painting.

With a very fine brush I filled in the missing paint and touched up some of the lines. 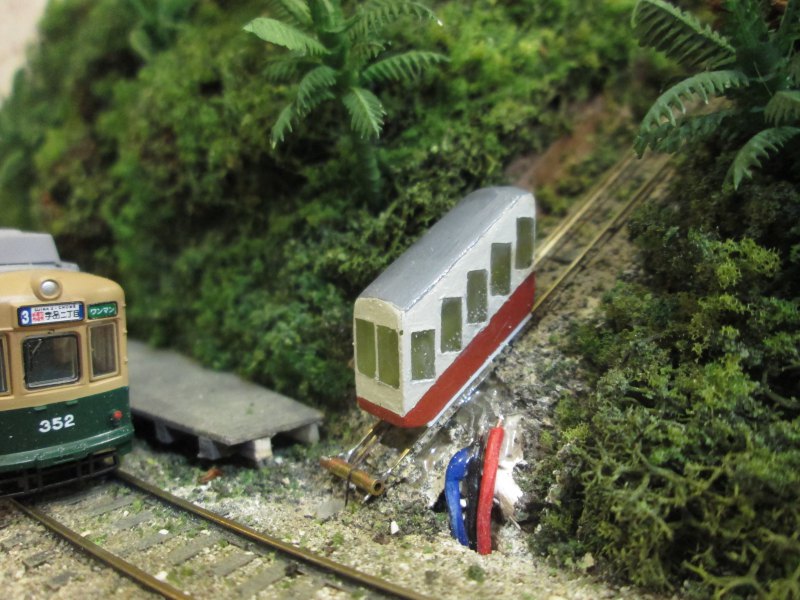 You can get an idea of the scale seeing as the N gauge track dwarfs it!

Part two: time to learn about the mechanical side of things.