A home for the sanatorium

The saga of the Sanatorium continues...

It's funny, but after months of stop-start progress getting the sanatorium completed, I am not on fire and have achieved more in a few days than I have in months!

First up were some holes for the lift towers. Luckily I had a hole cutter that was just a few mm bigger than I needed. It made short work of the plaster shell / polystyrene core scenery. Then I was able to gingerly lower it into position and admire the result: 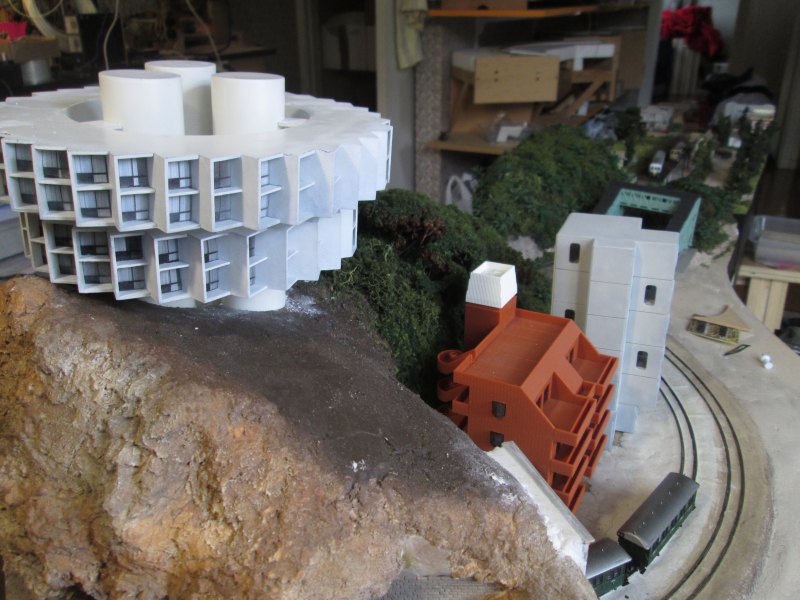 The holes were miles too deep, so I made up packers to raise them back to the right height. Once the spirit level was happy I wrapped the tubes in masking tape and made up some sculptamold to fill in the around them. 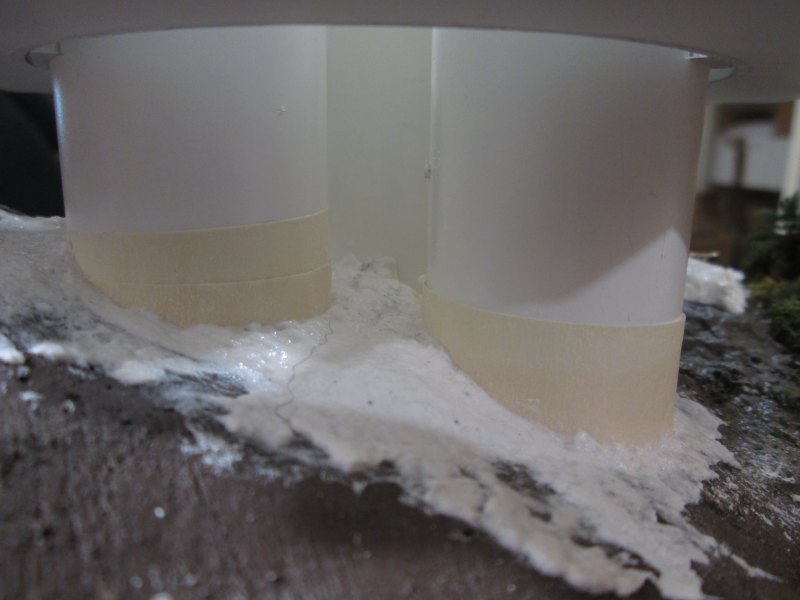 I left it over night before carefully pulling it back out. The masking tape gave just enough breathing room to make it a tight, but not impossible fit.

While I was at it I added in a wire for the LED strip lights, and made a path down to the funicular. 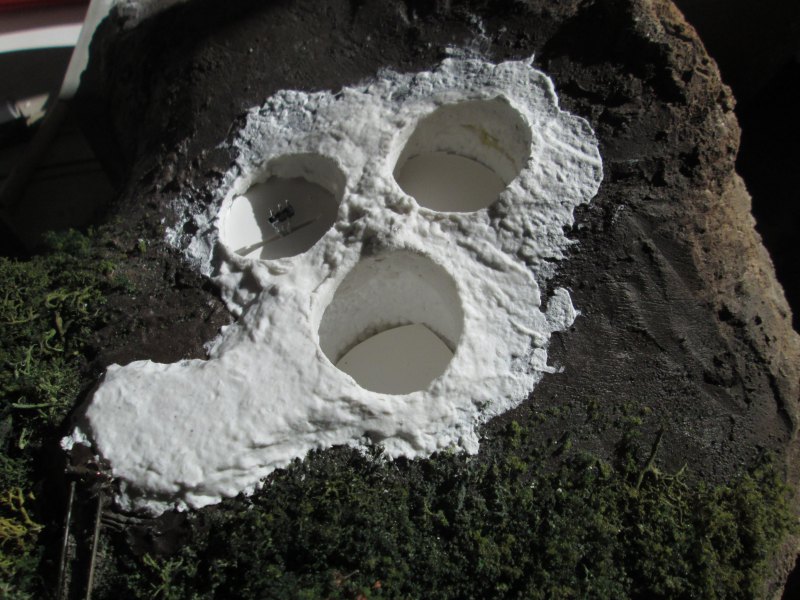 I added a small foundation at the top of the incline for the drum wheel and associated motor. I made it from a mix of balsa and styrene. 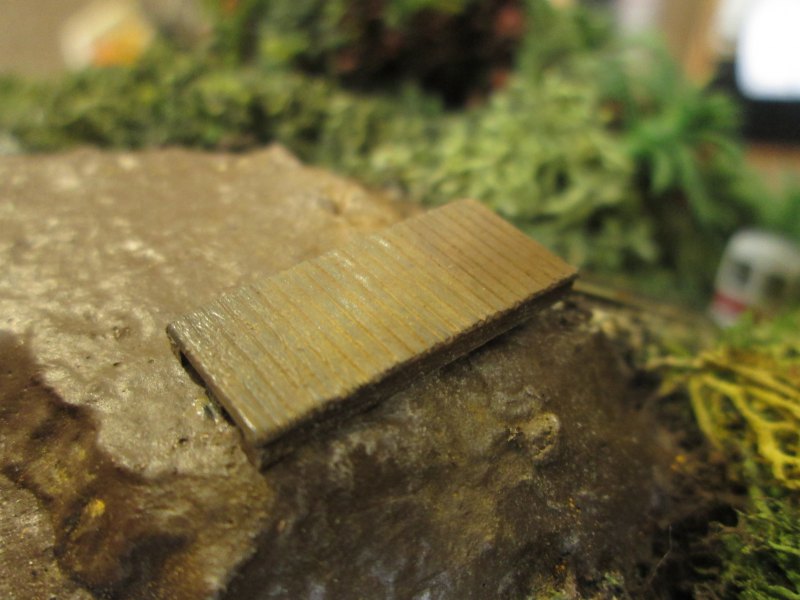 While at it, I had a cunning idea for some secluded lighting around the base. I luckily had included some very simple PCBs in the corner of an order recently and so it took very little work to solder up three spot lights: 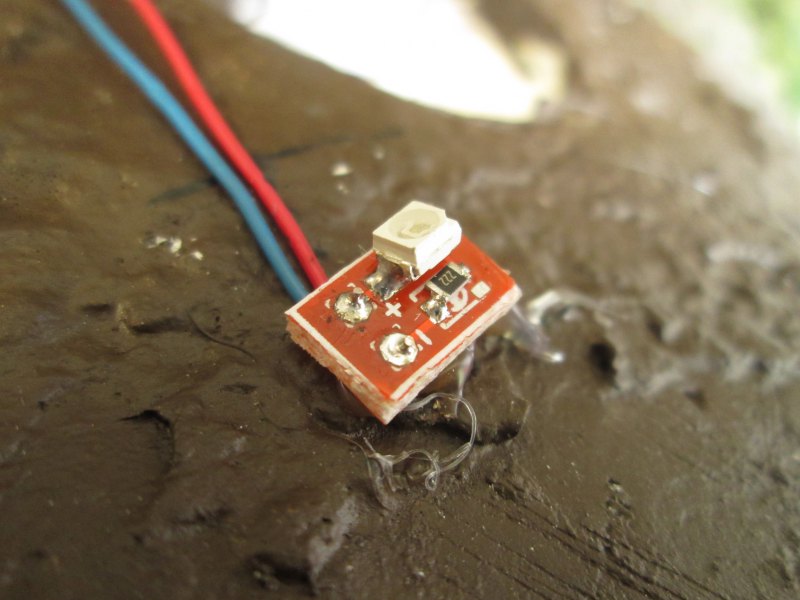 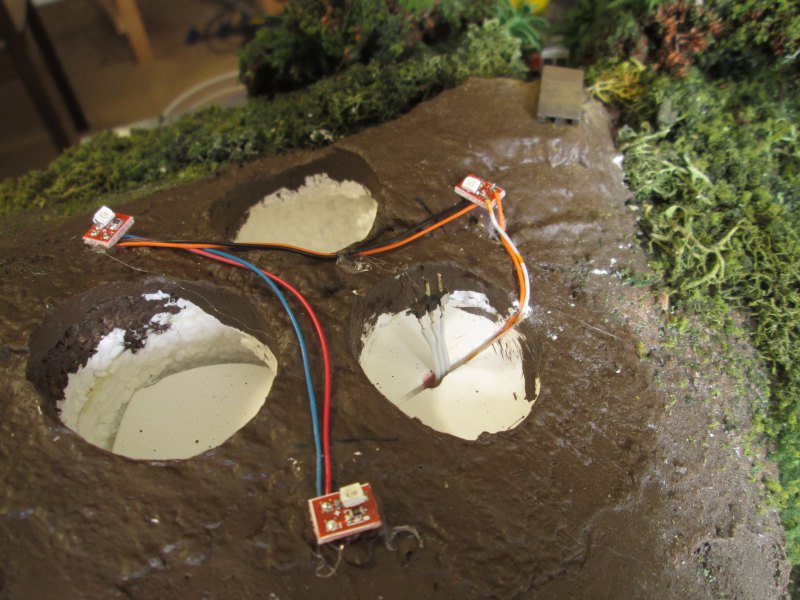 A bit of hot glue and some more sculptamold soon hide them.

Now my favourite part: scenery. So favourite in fact that I didn't take any photos!? While Rachel watched Downton Abbey in the corner, I attacked the mountain with PVA, hair spray, flock, sedum, hair spray, palms, hair spray, foliage netting, hair spray, more flock, and some more hair spray for good luck. Poor Rachel, she could actually taste the hair spray! I think it smells quite nice, but then I'm biased. 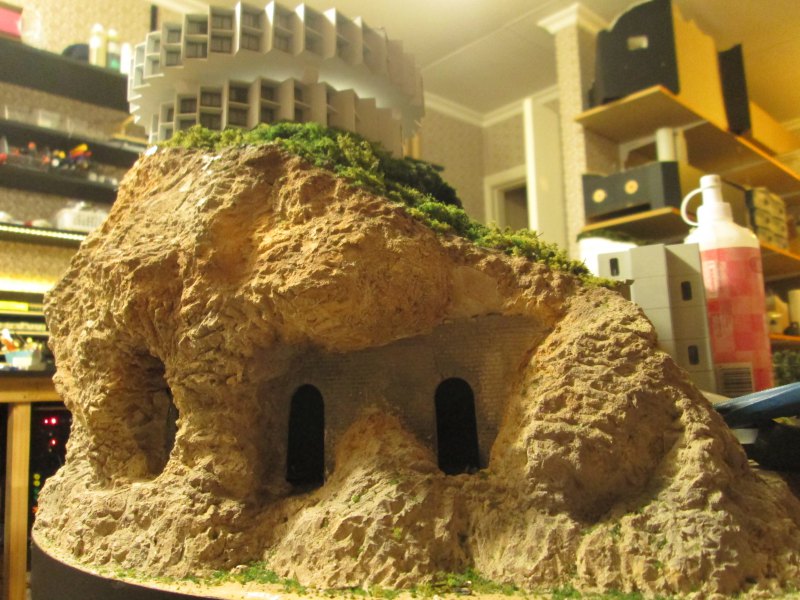 Soon the sanatorium was looking pretty good perched high on its bluff, surrounded by dense forest. 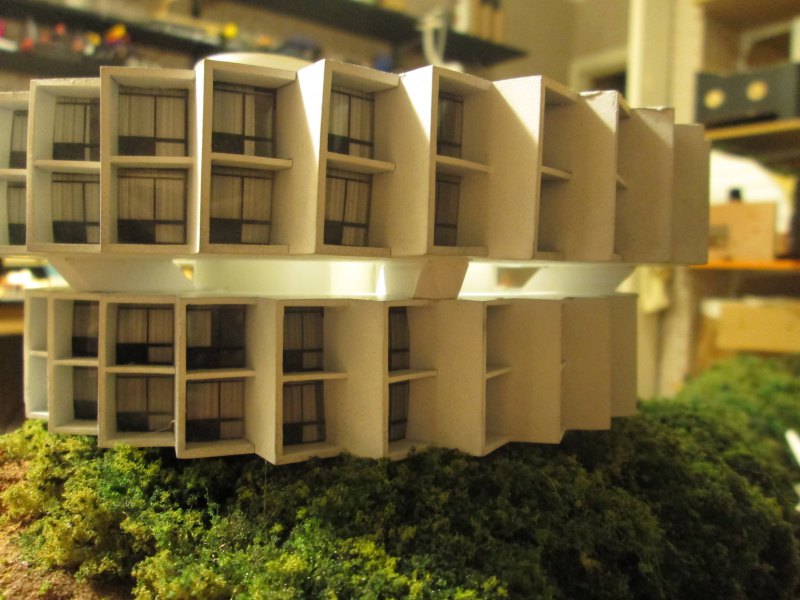 The towers are a little lost in this angle; I am tempted to make them a little higher. 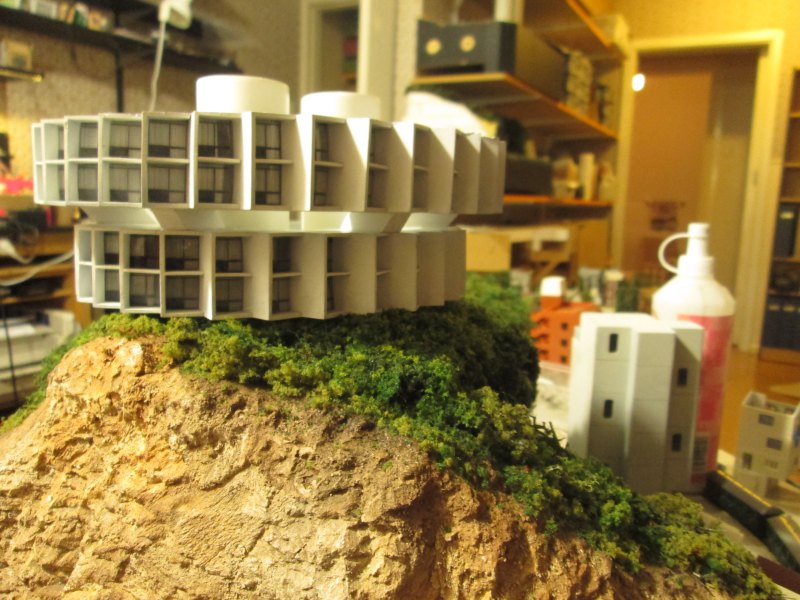 From other angles though they are obvious. 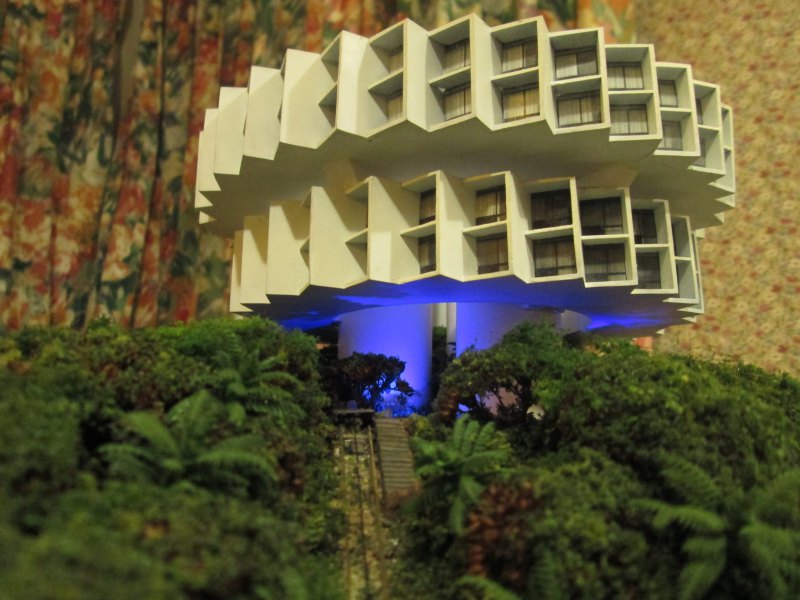 Oh yeah! Now that is a stylish sanatorium! If Thaddeus Lowe had blue LEDs I'm sure he would have used them too.