With the sanatorium complete, attention is moving to the quaint seaside settlement of Ranuska...

It's no secret that I love doing scenery, and I've been making good progress this week. Here is a before shot from last Saturday: 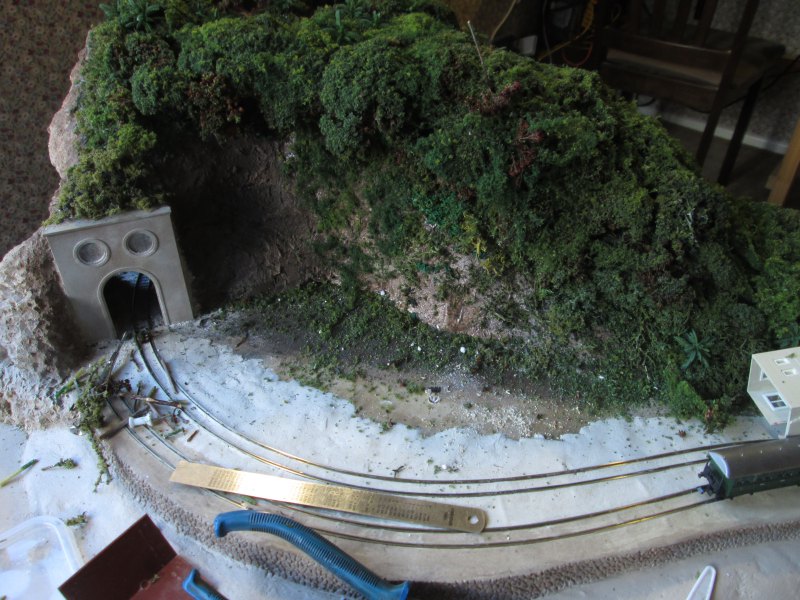 First of all I had to build up the contours a bit to make the landscape a bit more believable. A block of polystyrene was soon sculpted into a crude shape. 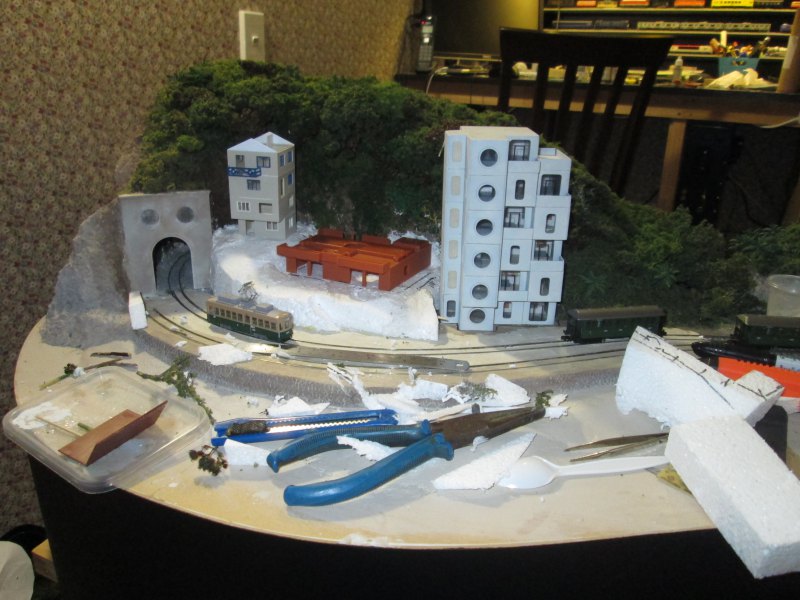 Three buildings, each on its own level.

One of the things I've struggled with in the past is attaching my buildings to the scenery. I don't want them permanently attached, but I also don't want big gaps around the base that light will shine through. For the modular building I made a small recessed tray to sit it in: 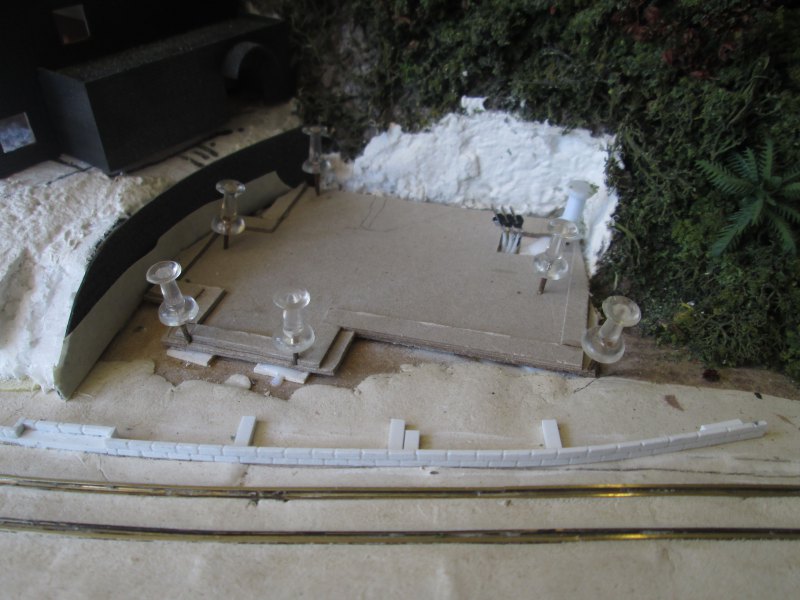 This way no light can escape under the walls, as it is blocked by the raised lip. The three pin connection at the rear right is +/-/data for the lights. Next to the track you can see the scribed styrene platform. This was done with the back of a knife blade (for the horizontals), a 0.1mm 10º PCB engraving bit in the Dremel (verticals), and a triangle needle file (for the tops). Then I quickly roughened it up a bit with a rotary wire brush to remove some of the crispness of the styrene.

Before pouring the platform I cut out some retaining walls from some styrene stone wall sheet (Greenmax Nº 2016). I had thought of carving my own walls, but couldn't really be bothered. I wrapped the bases in masking tape to stop the plaster from sticking to it, then poured the platform: 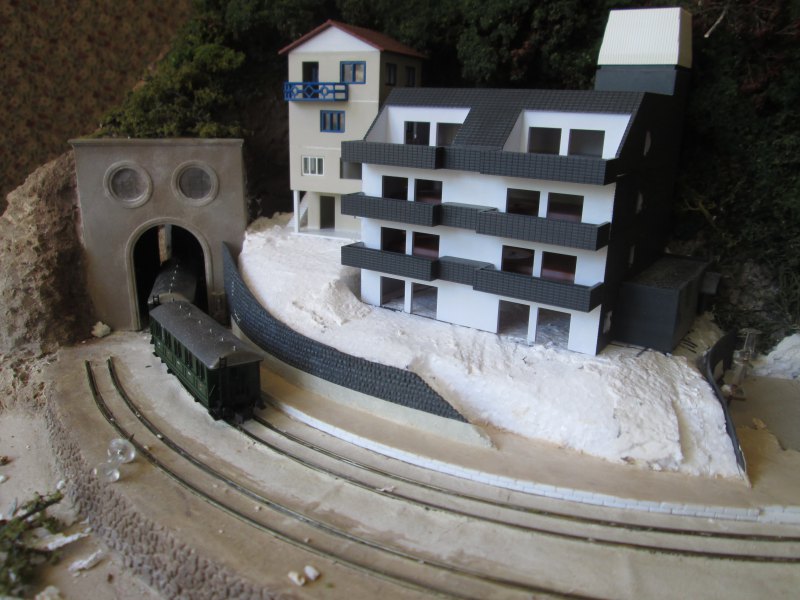 My Tomix condominium (Nº 4034) has also had a bit of a paint, compare its two tone grey/white scheme with the weird brown colour in the second photo above.

I gave the stone wall a fair bit of attention. I primed it a dark grey colour, then picked out stones in lighter shades, though I don't know how useful that was in the end. Then I gave the walls several washes of thinned "light mud", before dry brushing over a darker gray. Finally I layered on several coats of weathering powders which settled nicely in gaps between stones. 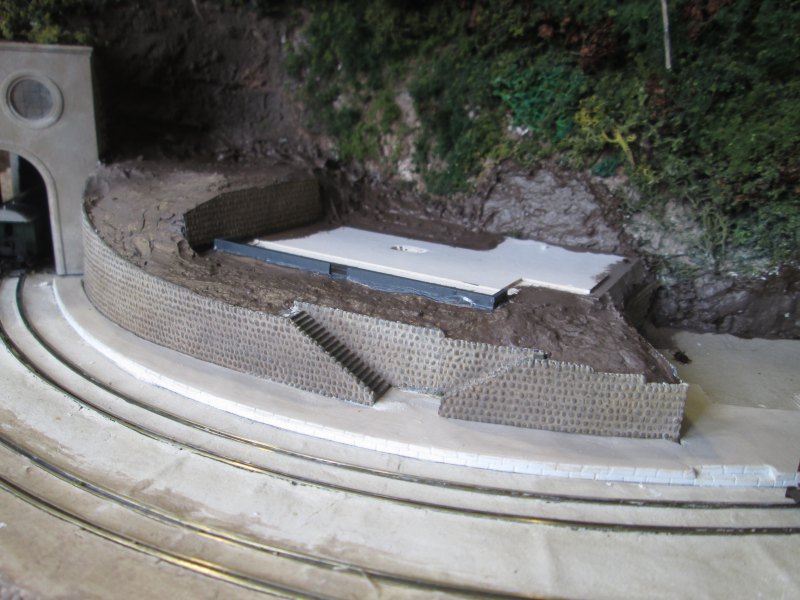 I'm quite pleased with the final result! With all that done I grabbed my scenery supplies and started spraying über hold hair spray everywhere. 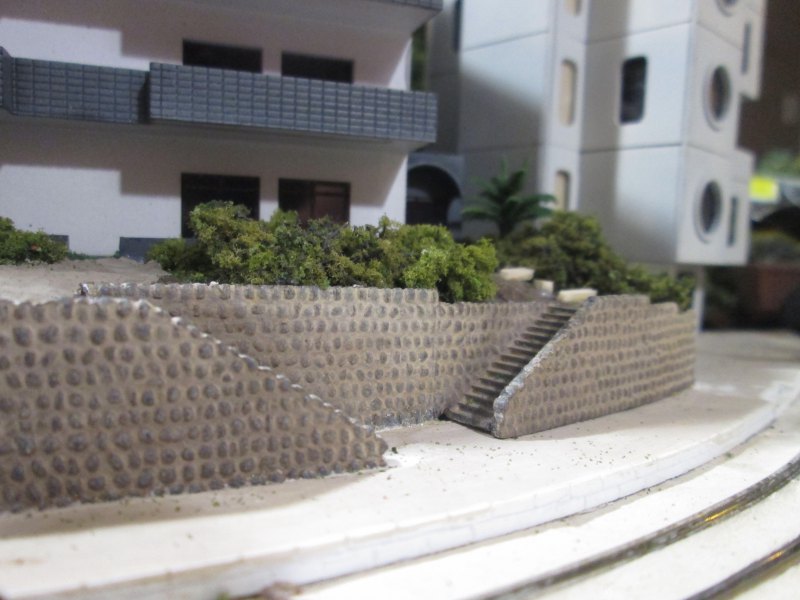 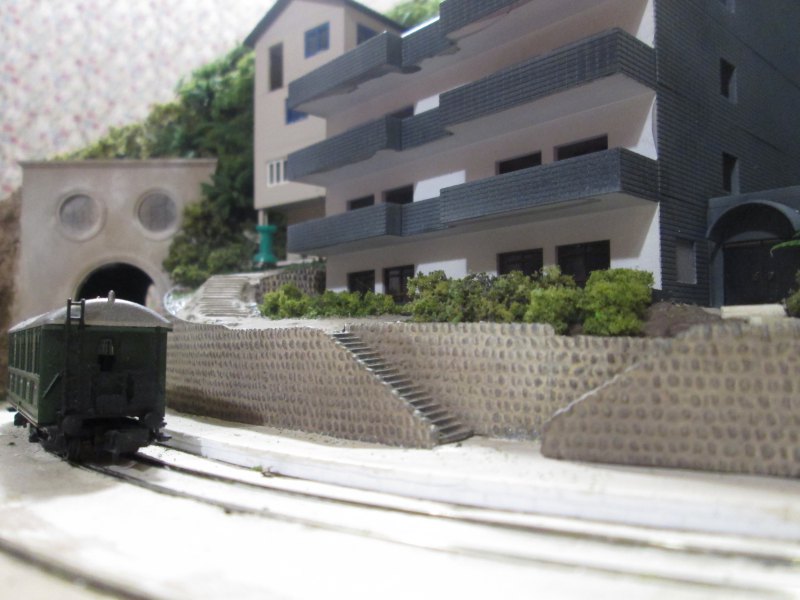 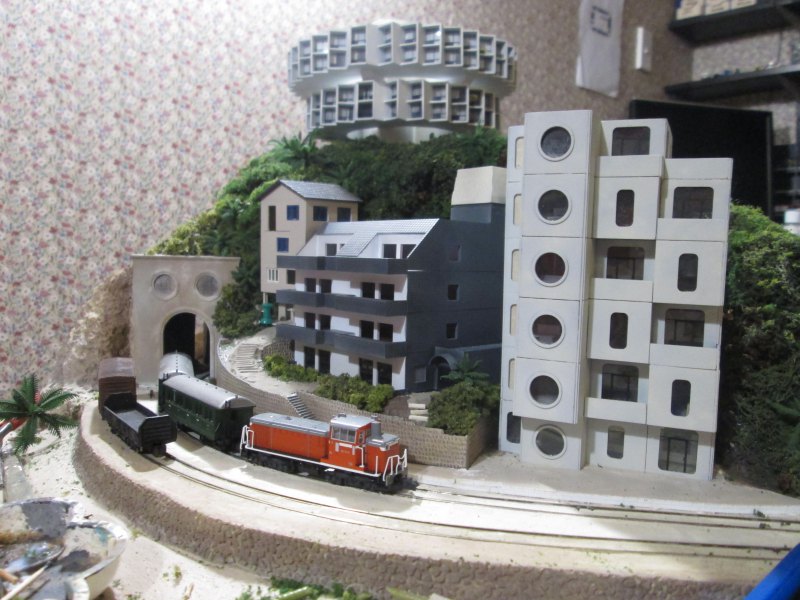 The steps to the tall skinny house (kitbashed from two European house kits) were made by mixing up thick plaster, troweling it into place, then pressing in the steps with a scalpel. I'm rather pleased with the effect.

That very nearly completes the major work on Ranuska, soon it'll be on to detailing.

A home for the sanatorium
Happy new year