My journey through Europe continues, this time in Italy...

Mrs A had promised me that I'd see many more trains in Italy, and she wasn't wrong. As we drove up the country and across to Naples, we passed many tracks, and at a depressingly bland truck stop on the highway, high speed ETR trains whizzed by every couple of minutes. However it wasn't until we got to Rome that I spied much in the way of trains.

Our hotel was just up the road from Termini railway station, which had trams, local trains, long distance trains, high speed trains, metro, and tram-trains!

I rode the metro home one day, and while fast and easy, I can't be as complimentary towards the state of their rolling stock: 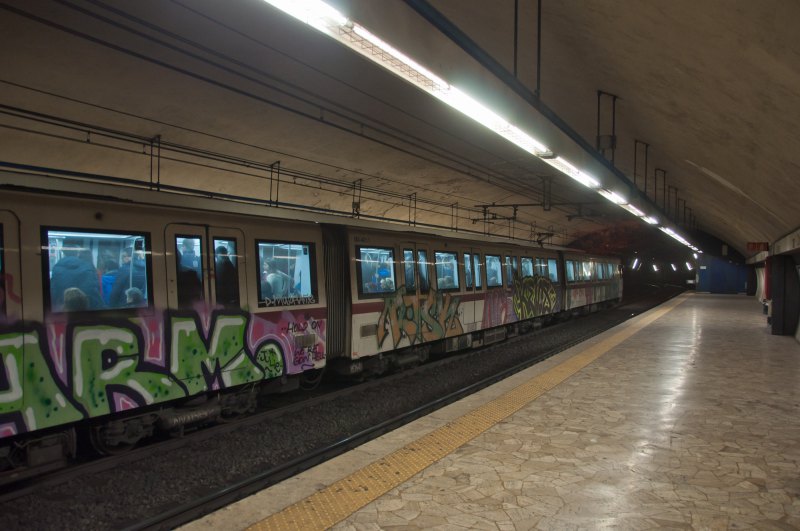 After taking a few photos on the platform I was politely asked not to take photos by a metro policeman. So I headed above ground and found the trams: 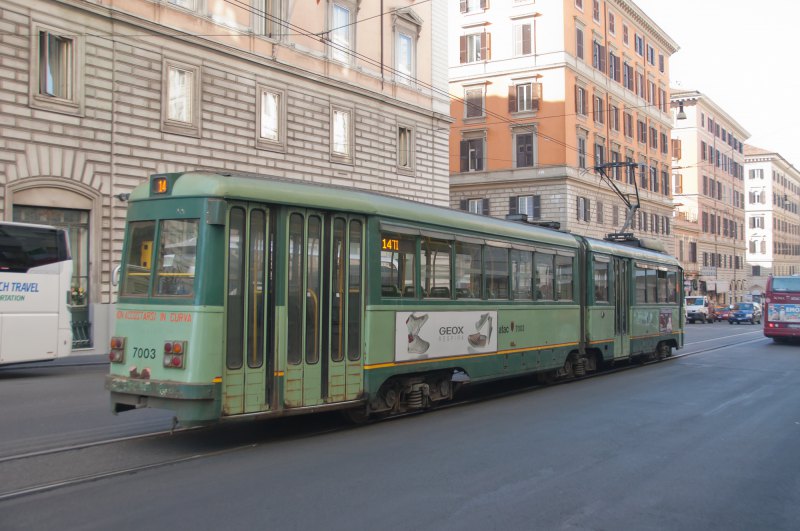 Before crossing into the large Termini station and exploring the platforms. I kept a careful eye out for railway police, but no one seemed at all bothered. High speed rail: 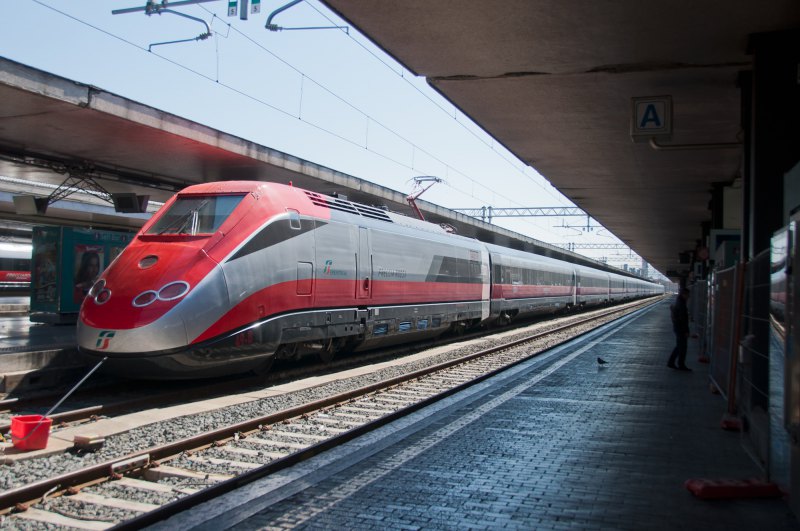 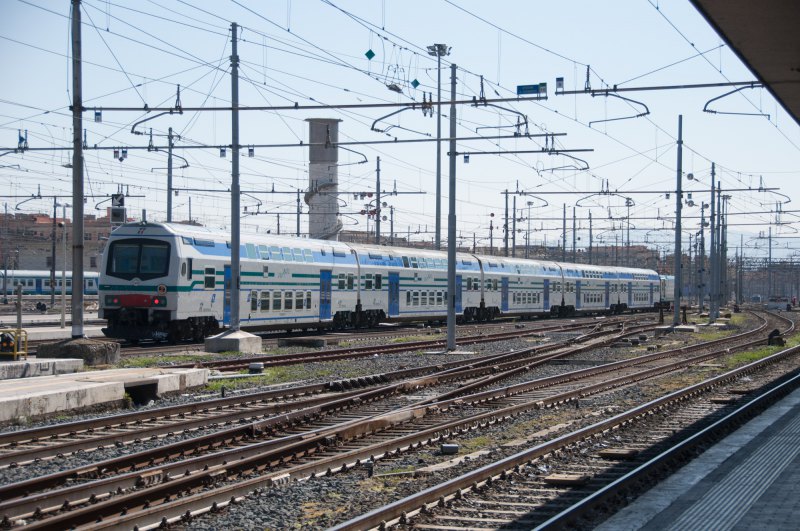 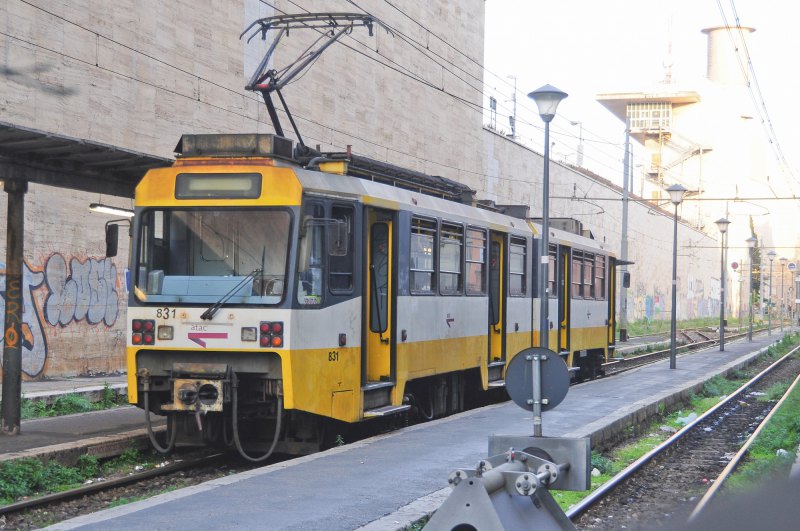 Ends of the platforms, plenty of detail to model here: 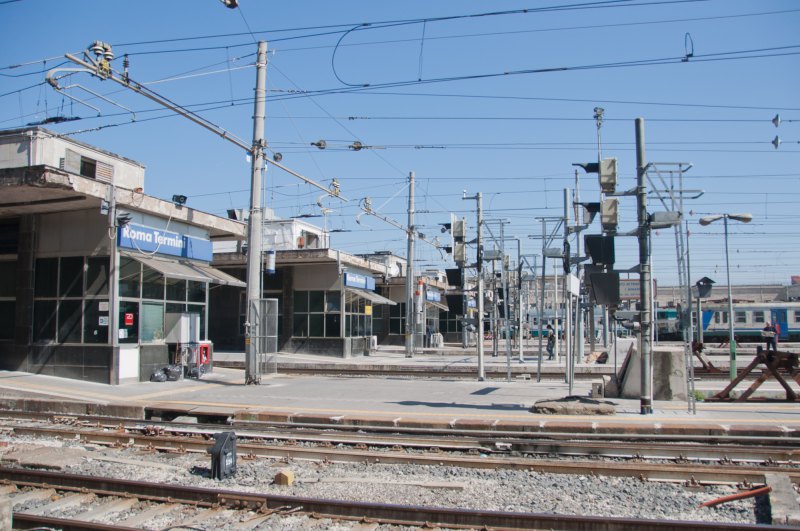 In the Vatican I spied a nice little street scene out of a window: 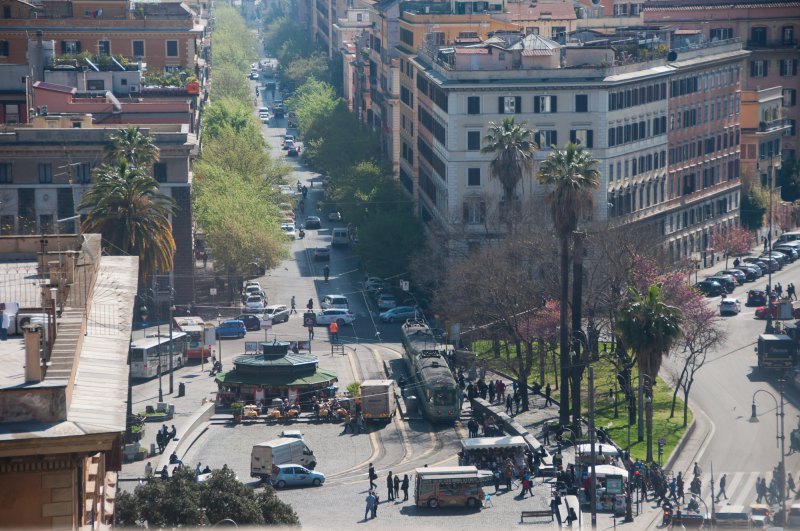 Unfortunately I only realised later on that I was mere minutes from the hub of their tram network, where several lines + the tram-train all converged and navigated their way through a piece of the old Roman city wall. Drat! By this stage my shoes were rapidly wearing out, my feet hurt, and I was getting fairly sick, so additional exploring wasn't really an option. Never mind.

After Rome we headed by train to Florence. Our train was an ETR-something that romped along 320km/h; they have a speedo on the info displays in each carriage which is quite fun. What wasn't so fun is the lack of pressurisation, making your ears pop as we went through each tunnel, and there are a lot of tunnels. Heaven forbid that you pass a train while in a tunnel, the pressure differential is quite painful.

While waiting for our train I snapped some more photos around Termini. I wasn't the only person lining up for this shot, which was a nice change. 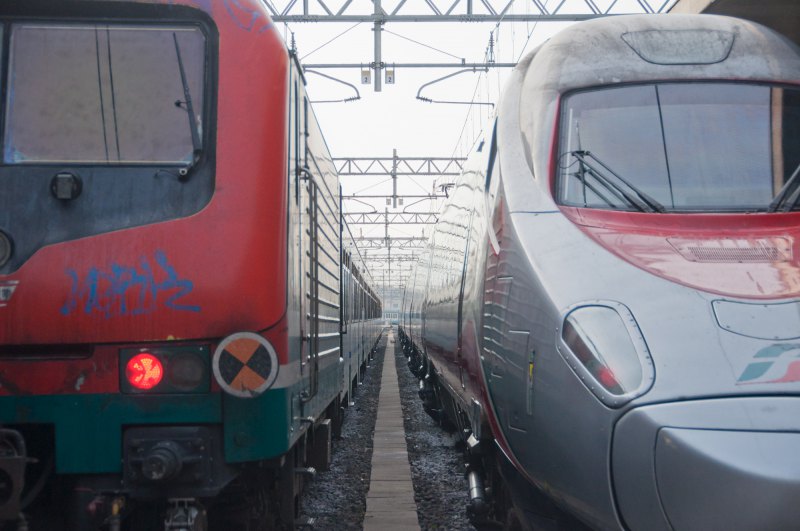 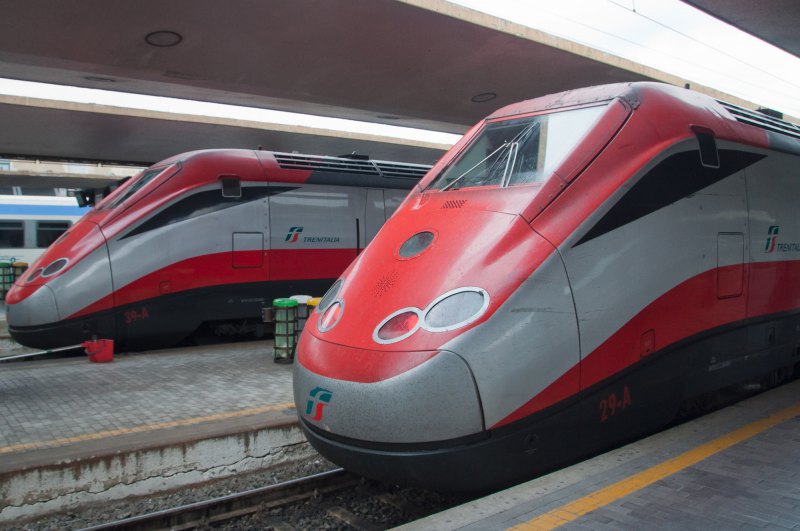 I was rather taken by the Leonardo Express, which is a modern railcar style train with articulated sections. Apparently it is an Alstom Coradia Meridian. 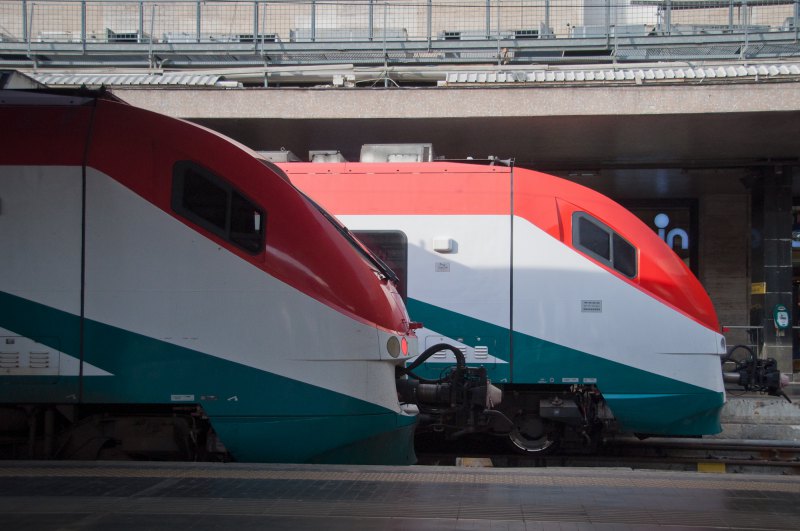 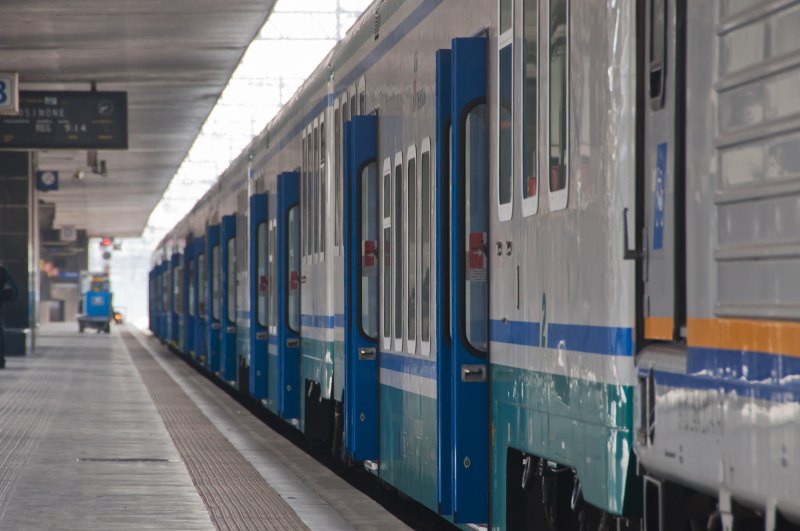 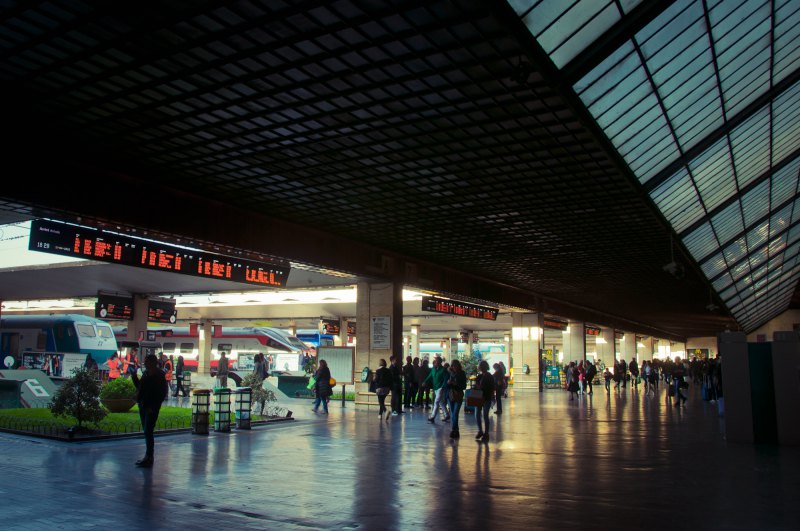 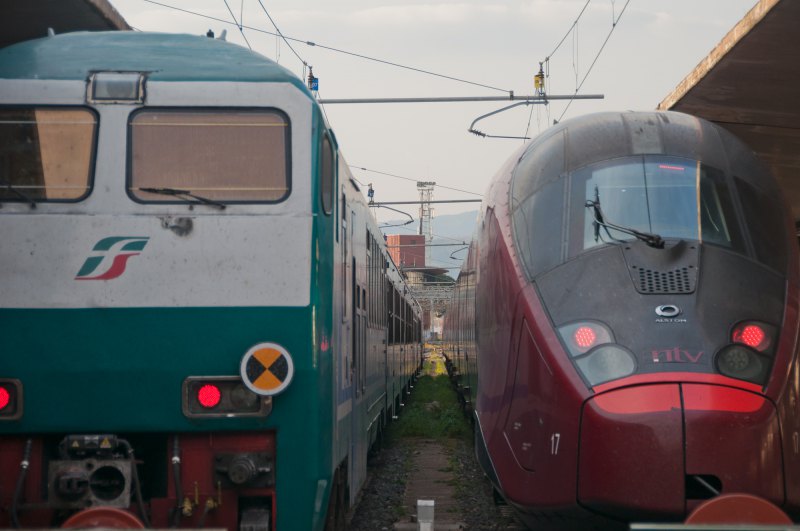 And there were also local trains: 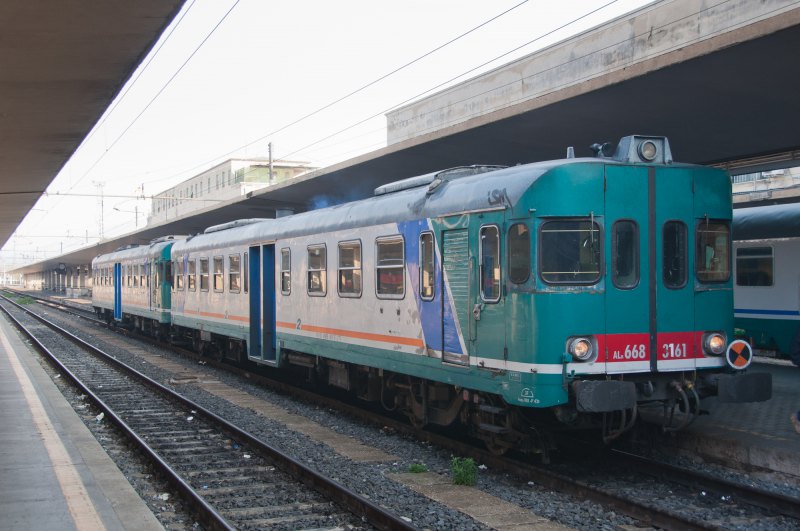 And outside the station was a busy little tram terminus: 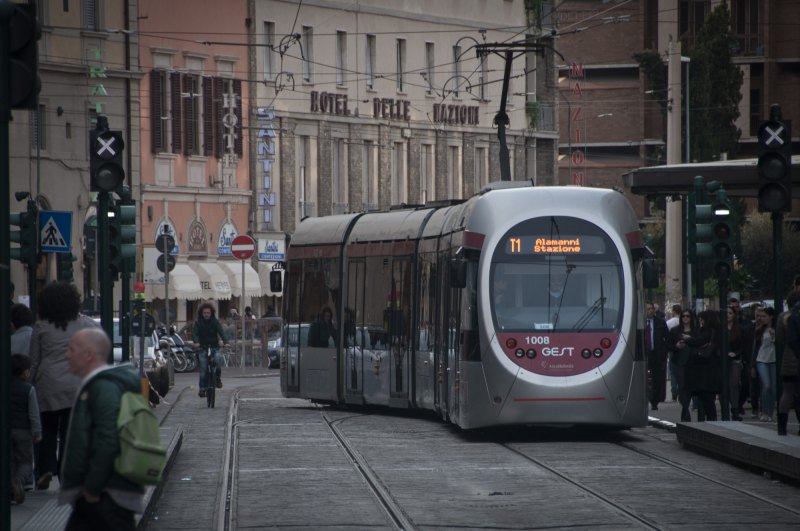 The next day we left Florence and headed for Venice. On the way we passed plenty of stations and trains, I even saw a steam engine out in the sun getting a thorough polishing by a railway worker. 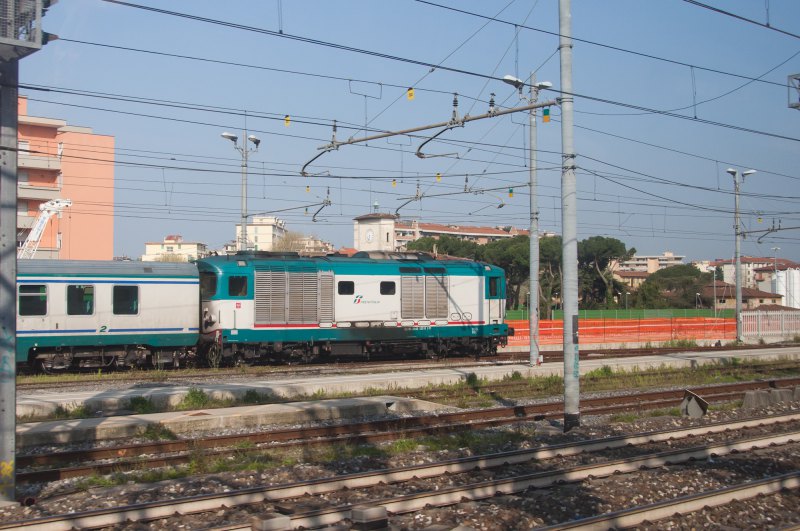 At the Venice railway station: our train, a loco hauled train, and another italo set peeking out behind: 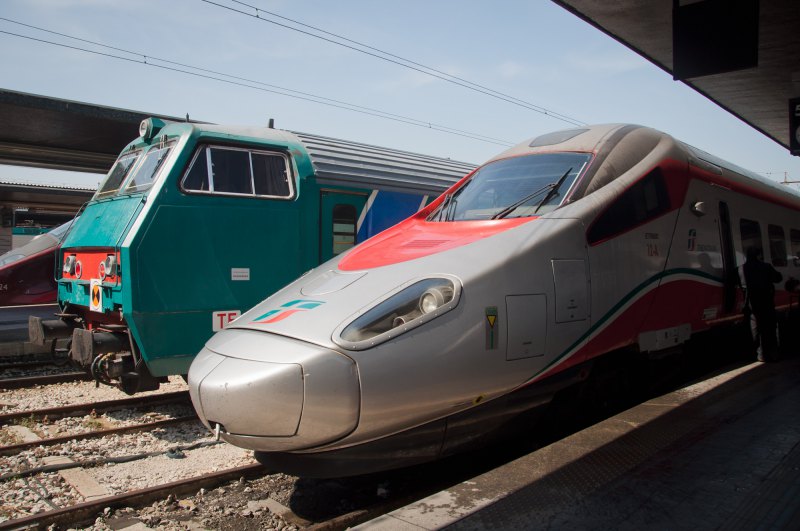 After Venice (not many trains, but lots of and lots and lots of boats) we boarded an overnight train, the ThellÃµ, bound for France: 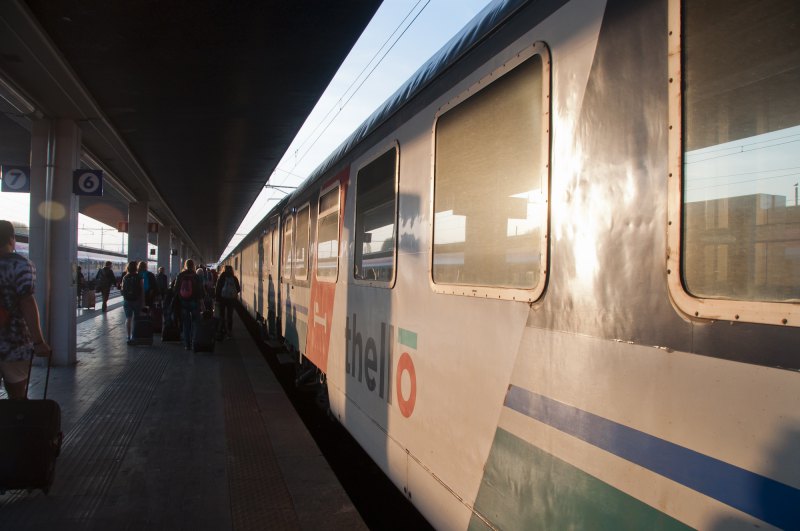 While waiting for our train though, I was very excited to see an OBB (Austria) train parked on the far track, complete with a Taurus loco. I'd been hoping to see at least one of these handsome modern locos that form the backbone of the Austrian and German railways: 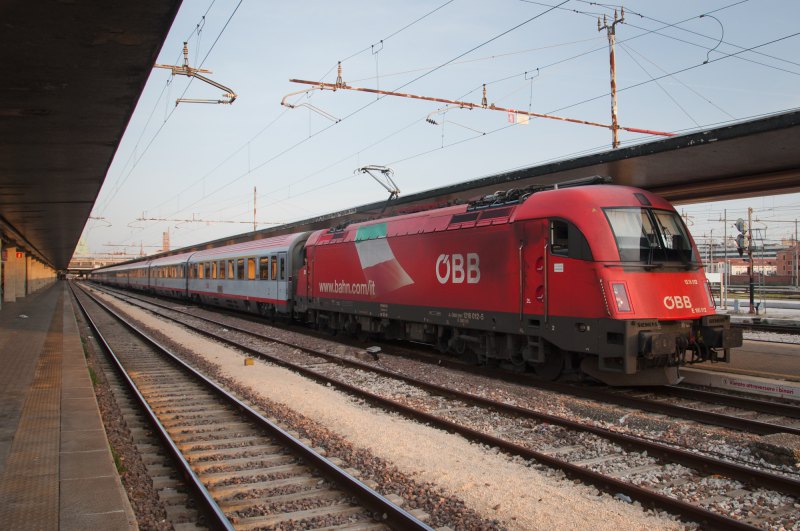 The ThellÃµ train is a very cheap overnight train, so it's pretty cramped, using hand-me-down rolling stock and the air conditioning is dubious at best. However, you can stick your head out of the windows as you speed through the night, which made it all worthwhile: 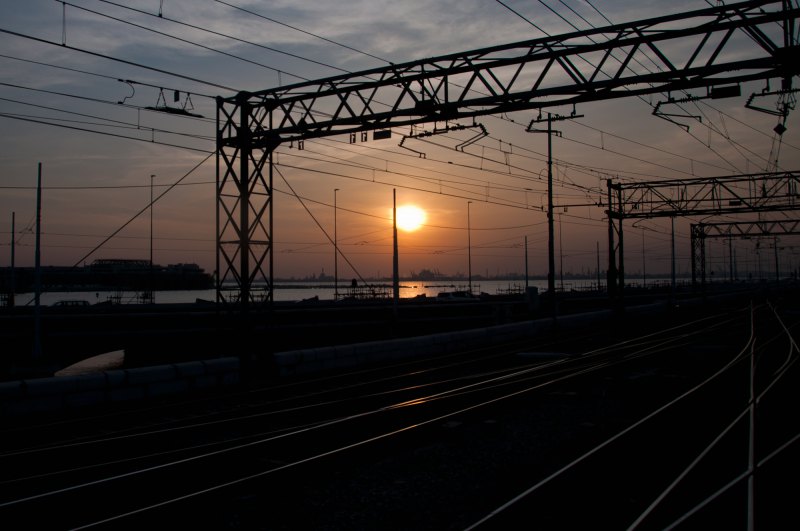 My last sighting in Italy was the grand train sheds of Milano station, which was worth getting out of bed for. Please excuse the guy scratching his behind! 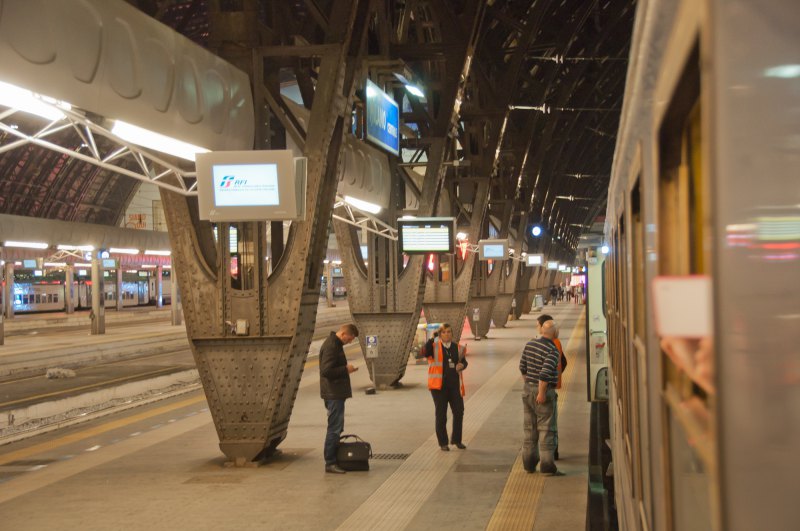 The great arches of the station roofs: 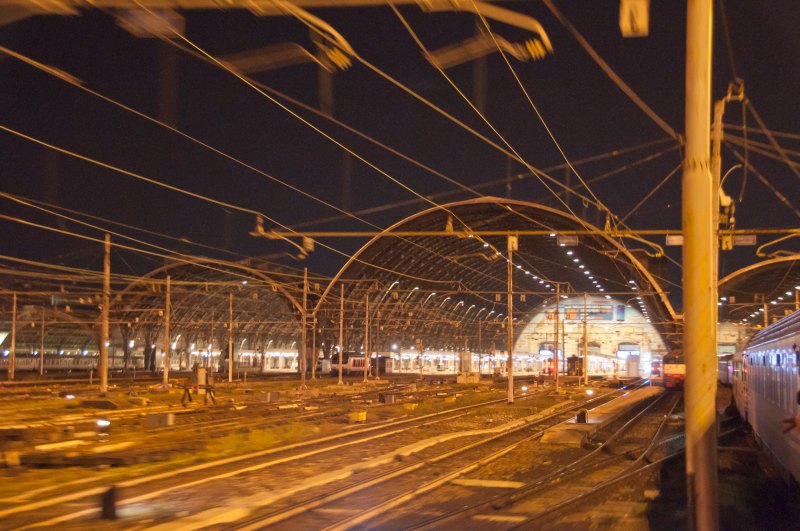 And off into the dark we went, headed for the land of the TGV...