My LRV is coming to a close, so I decided to tackle something different. In my stash I had a couple of B-Train Shorty Izukyu Series 8000 kits, which are a fairly generic looking fictitious commuter train, used as a backdrop for some kind of Japanese teenage drama. Anyway, they're pretty cheap to get hold of, and ripe for modifying.

I figured that with a little work, I could turn these into an interesting commuter train. I thought perhaps some flexible gangway connections, and changing it to use Jacob's bogies would make it interesting. 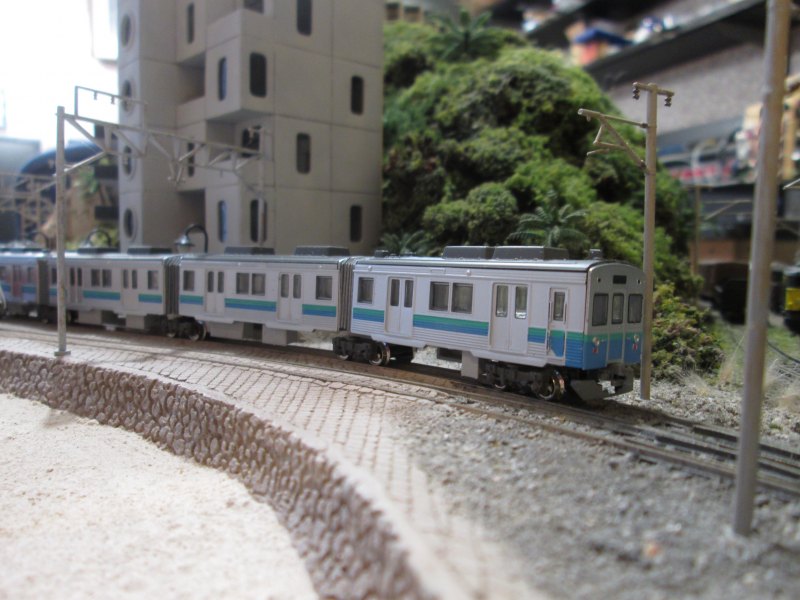 I started off by assembling a body, but leaving the floor off.  A replacement chassis/floor was easily made up from some 1mm styrene. The end-most bogies I mounted using the existing lugs on the bogie. The pivoting Jacob's bogies weren't much more complicated. I shaved off the mounting lugs, then glued 1.5mm of styrene on top of the existing grey plastic. 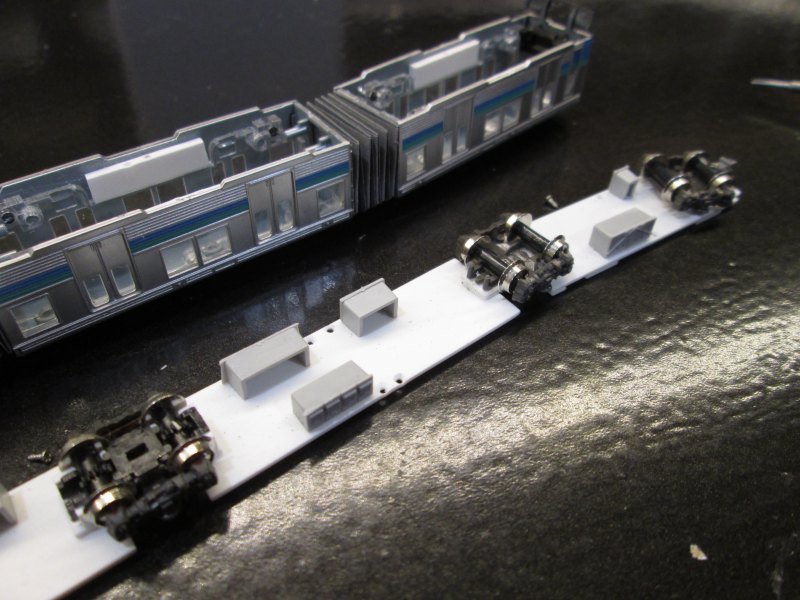 Into this I screwed the floors with my miniature self tapping screws. 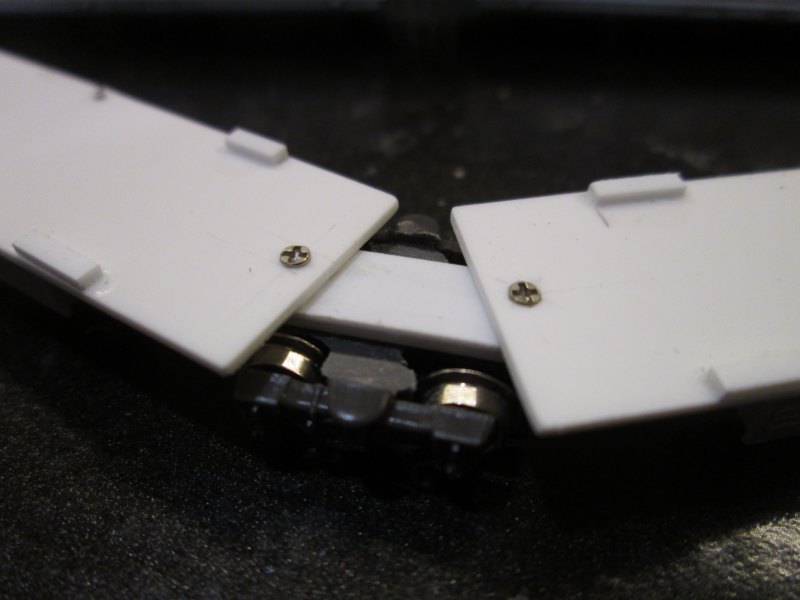 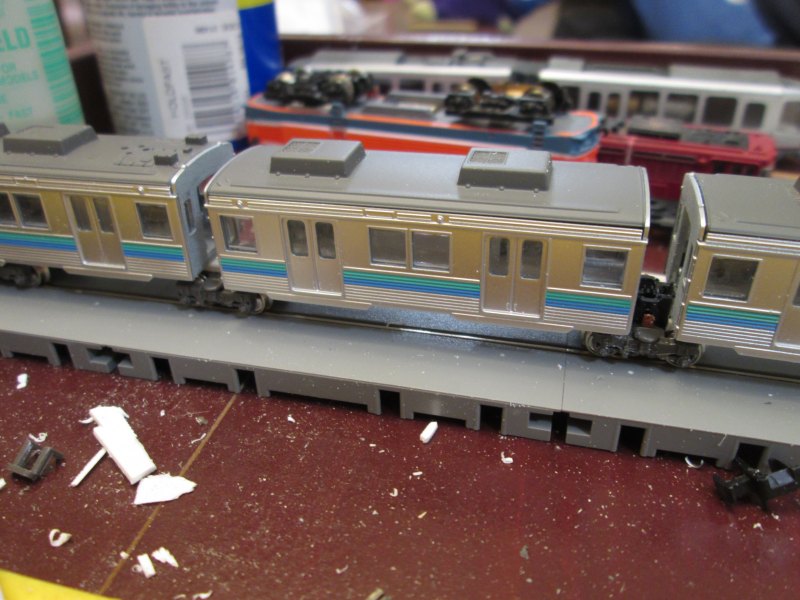 So after a few evenings cobbling up floors, I had 5 bogies and 4 floors, all joined together.

Next came the flexible gangways. I made these using my usual method. Despite my misgivings last time, there is nothing wrong with the method, in fact they work quite well when they are free to move around and not get snagged on wires, drive shafts, etc. 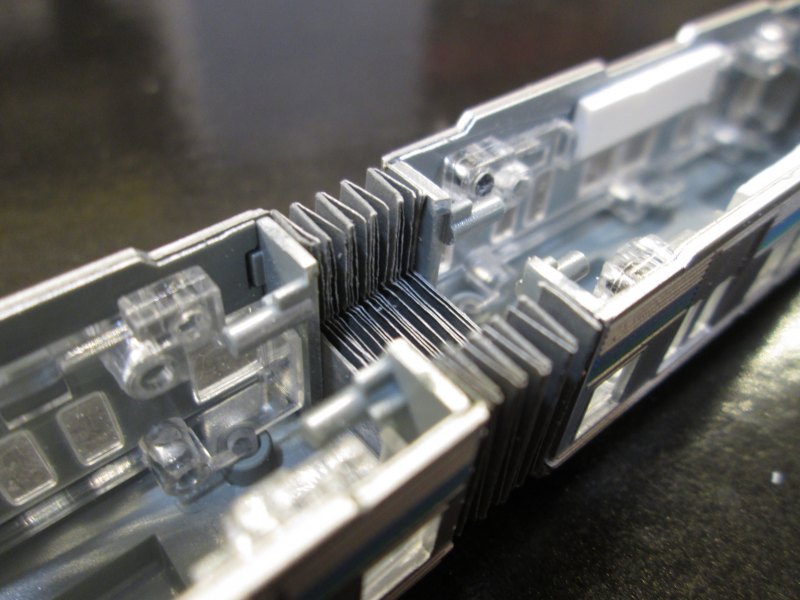 On the central connector, I had to cut out a channel for the drive shaft. The connectors were simply glued to the ends of the carriages, after I had sanded off the surface detail, door surrounds, etc.

On the ends I attached a... not sure what it's called... and made up some dummy couplers. 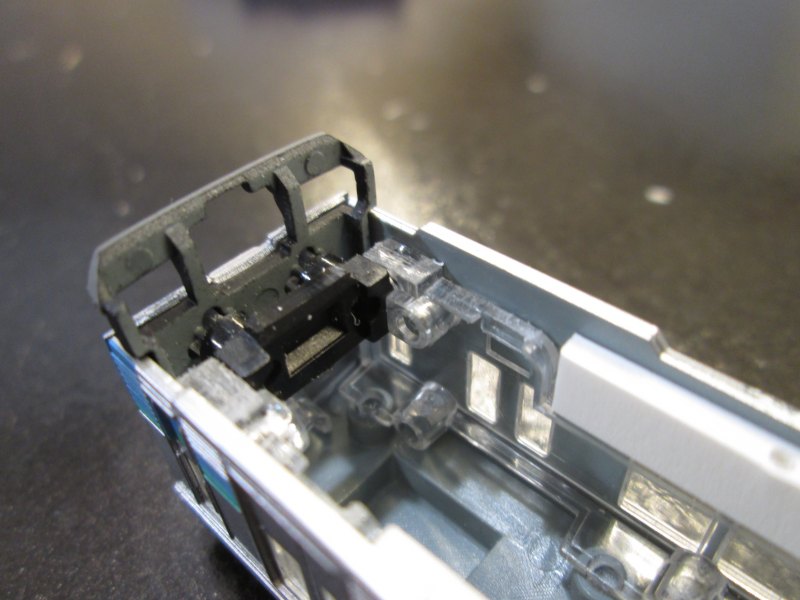 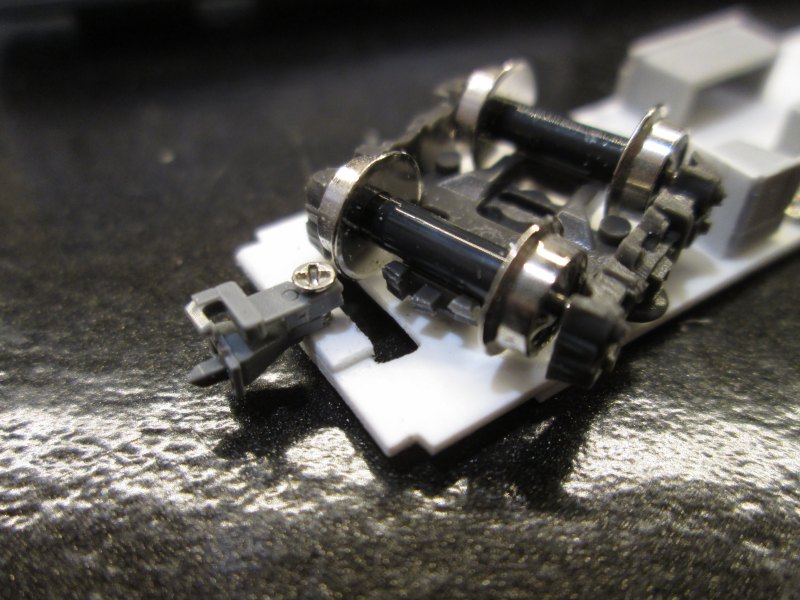 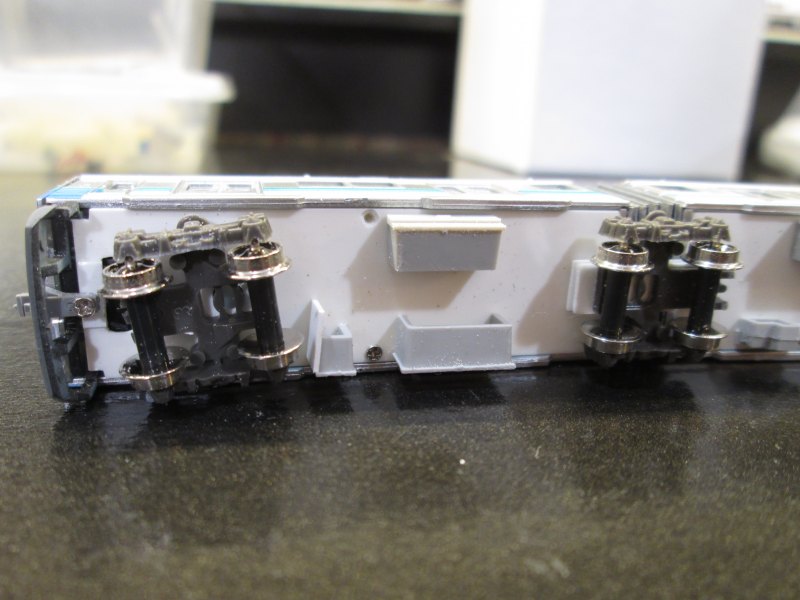 So now I have a long slithery train, ready to ferry around the Utrainia commuters. 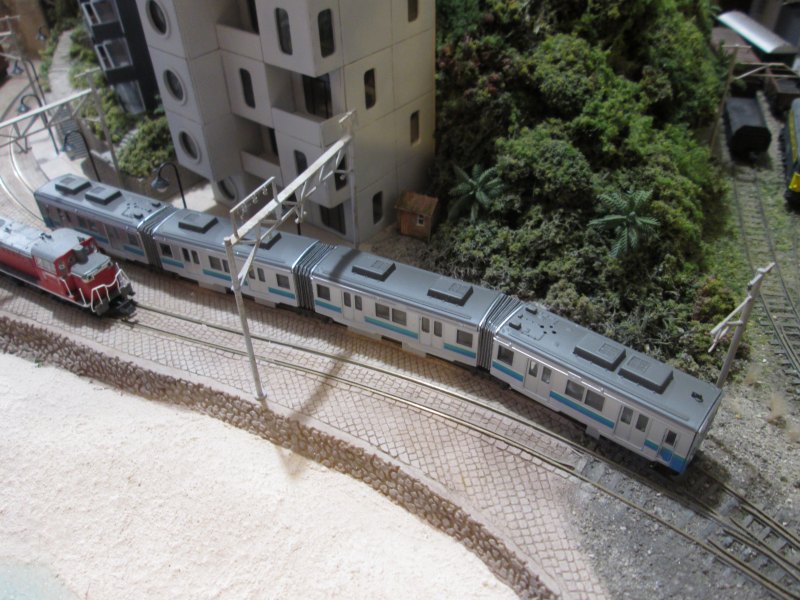 I still need to add some pantographs, and of course a motor and drive electronics, so it isn't finished just yet. It'll also need some painting underneath, and maybe some subtle weathering too. 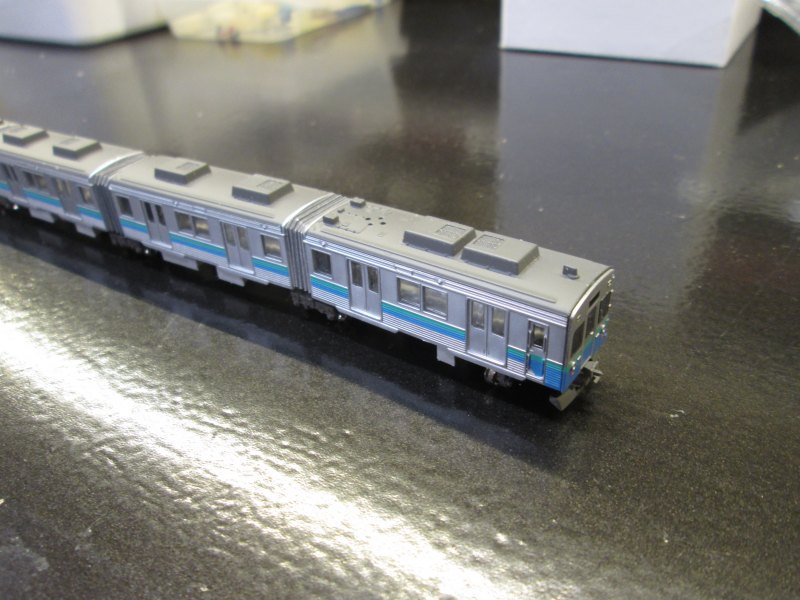