Took a little bit of a breather this weekend while I pondered the next steps on my mini railway. I decided that tunnels were fairly high up on the list, as once scenery is in, it is too late to think about tunnels. So... I designed a tunnel mouth on Inkscape to laser cut, and thought a bit about the inside of the tunnel. Normally I just leave them plain, but since the tunnels are quite short and visible on this railway, it might be nice to have the insides looking like a proper tunnel.

So I laser cut some templates out of more old cereal boxes and started cutting out polystyrene. After a few false starts, here is my technique:

Using Mr Hotwire 4000 and a guide rail, I "ripped" a sheet of polystyrene foam down to 40x70mm lengths. 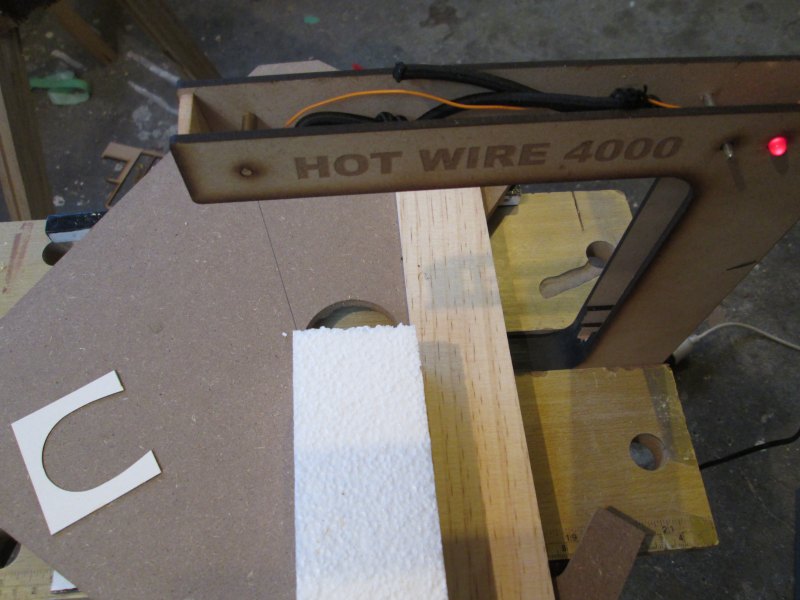 Clamp the guide rail to the right place, and you very quickly end up with a great stock of square foam. I then trimmed the lengths to ~140mm lengths.

Using the templates from my laser cutter, I taped one on each end of the foam length. Then using the hot wire vertically, I can run the hot wire against both templates, ensuring a perfectly straight and parallel profile. 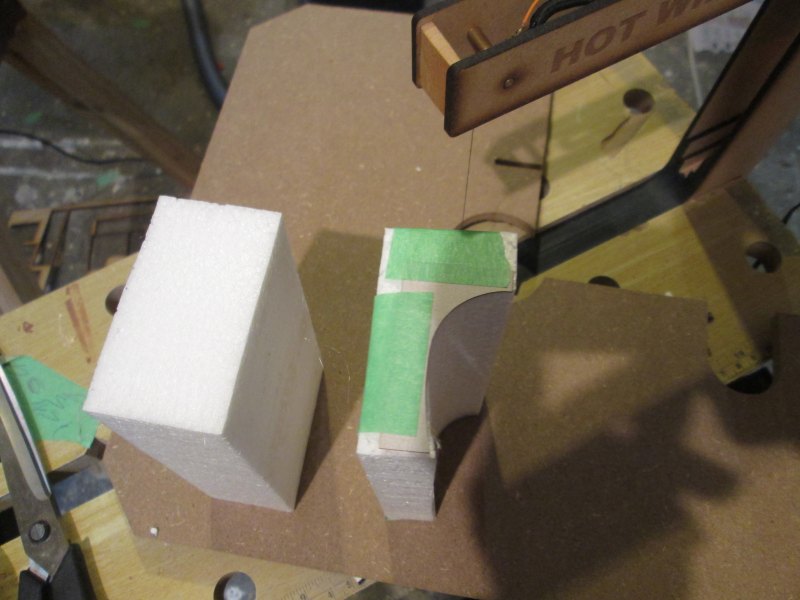 Using the two templates made it so fast and easy.

Now the clever part. I made some zig-zag templates on the laser cutter again, and using these cut out a left and right hand version of each. 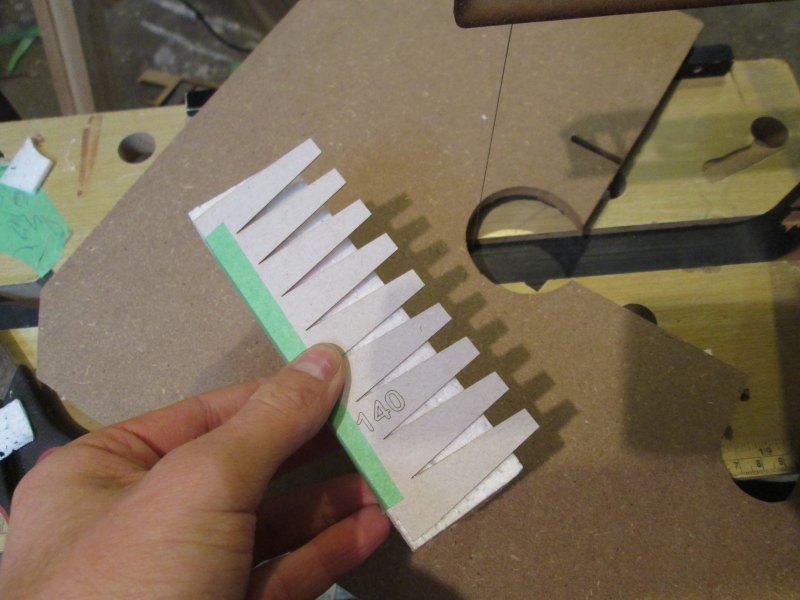 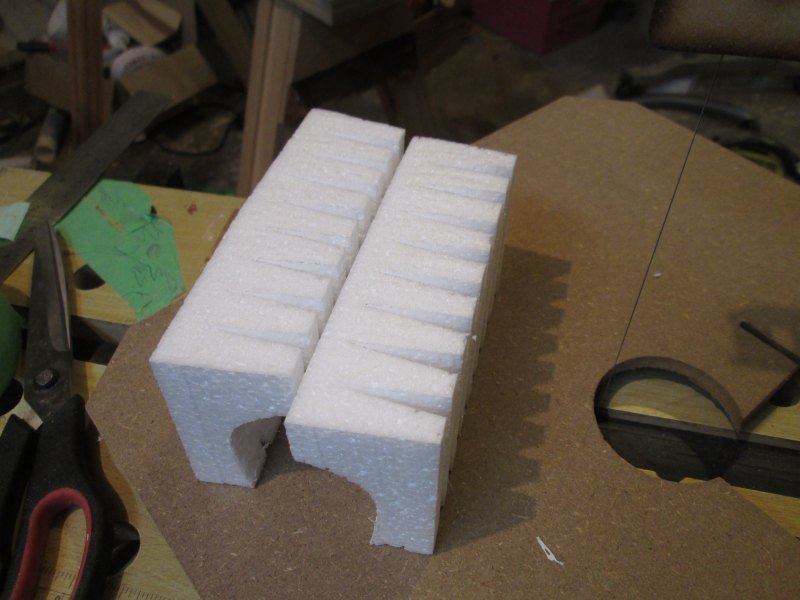 Left and right-handed versions, or perhaps I should say inside and outside versions.

Now squirt some glue down between each finger and squish together. Hold in place with some rubber bands while they dry. 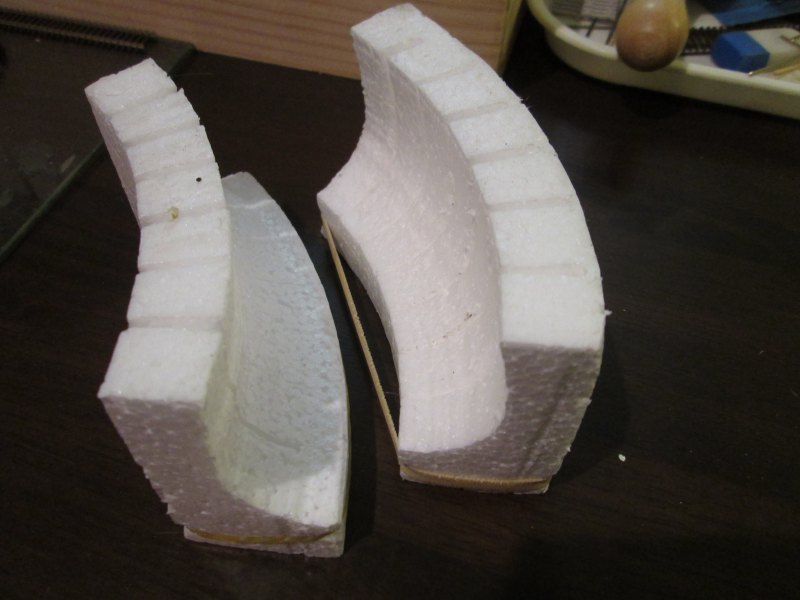 Once dry, glue both halves together, apply some filler (plaster, spackling, etc)... 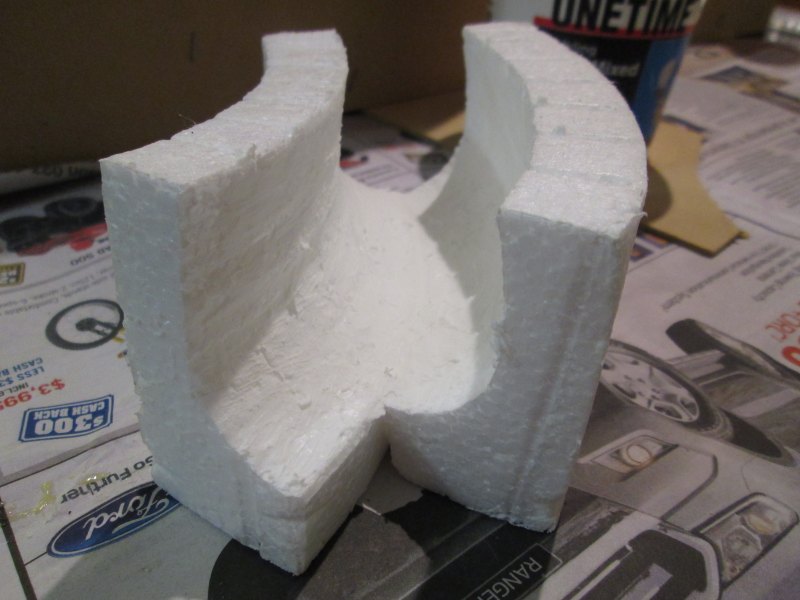 ...then paint black. And there you have it, one tunnel liner, all ready to be installed!

While I was running those up, I also started making up fascias for the railway. After deciding to do these after the scenery was in place, I changed my mind and decided to do them now. First of all I had to route out some of the side to make room for a river: 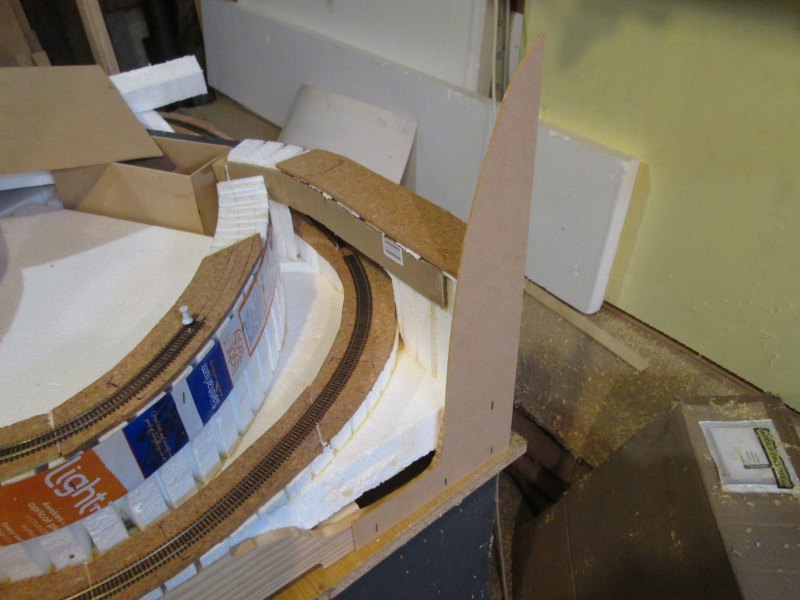 Then with my drop saw, circular saw, jig saw and router, I made chopped and trimmed some 3mm MDF to suit the profiles. 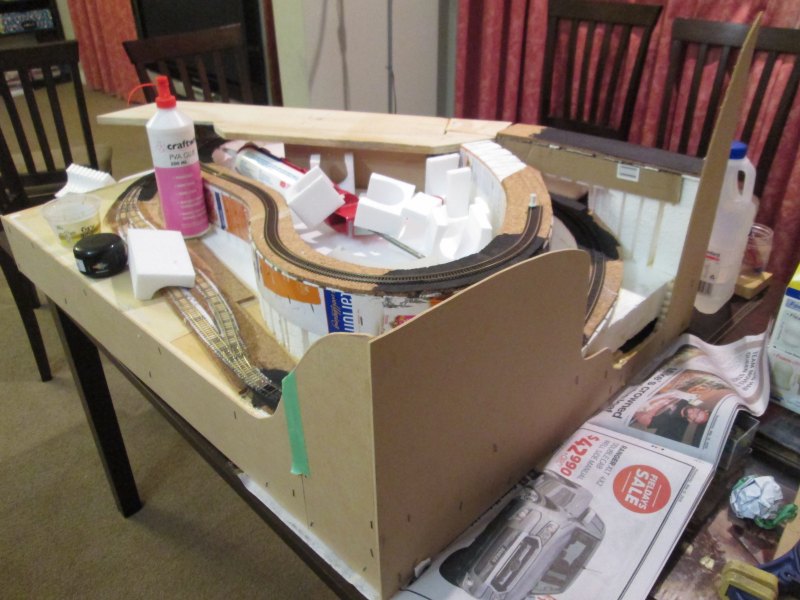 I put some staples in to hold it all in place while it dries; later I'll pull then out and fill the holes and you'll never know they were there. They are quite useful for holding fascias in place though.

For the remaining two sides I need to have access holes to get to the tunnels inside for track cleaning, train rescuing, etc. So that'll be a job for this week...