To prepare my module for snow I started the slow process of building up a base for the snow. To start with I wanted the snow nice and level with the tracks, as per the original inspiration photo. I grabbed the nearest caulking gun and squirted out big fat beads along the track, then with a putty knife and some water smoothed it off nice and level.

To simulate piles of plowed snow, I crushed up some dried plaster and embedded it in the caulk while still soft: 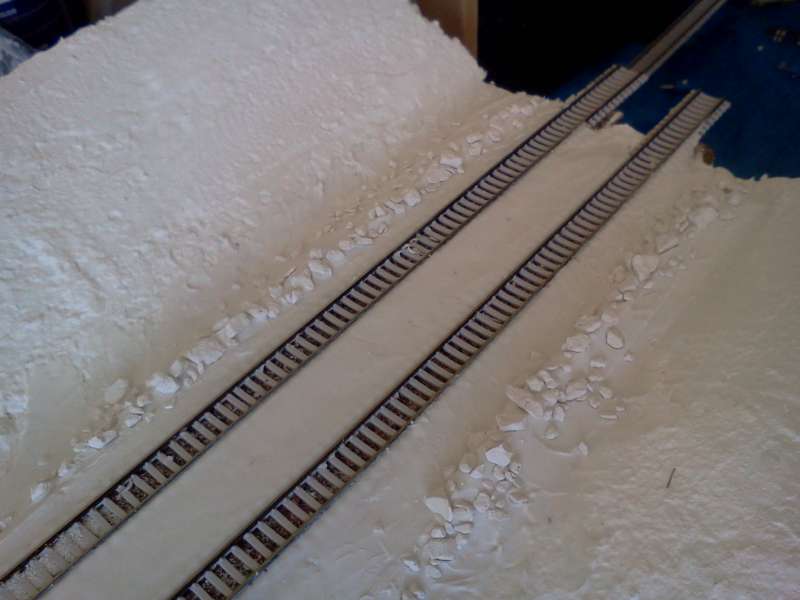 To disguise these mounds I mixed up some sloppy plaster and drizzled it over the top. Much sanding, filling, more sanding, painting, smoothing, sanding followed. At the same time, I experimented with snow materials:

So my final snow recipe is:

The white spray undercoat has a few secondary benefits: it is every so slightly off-white, giving the scene a nice overcast look to it: in the middle of a blizzard things are very grey: 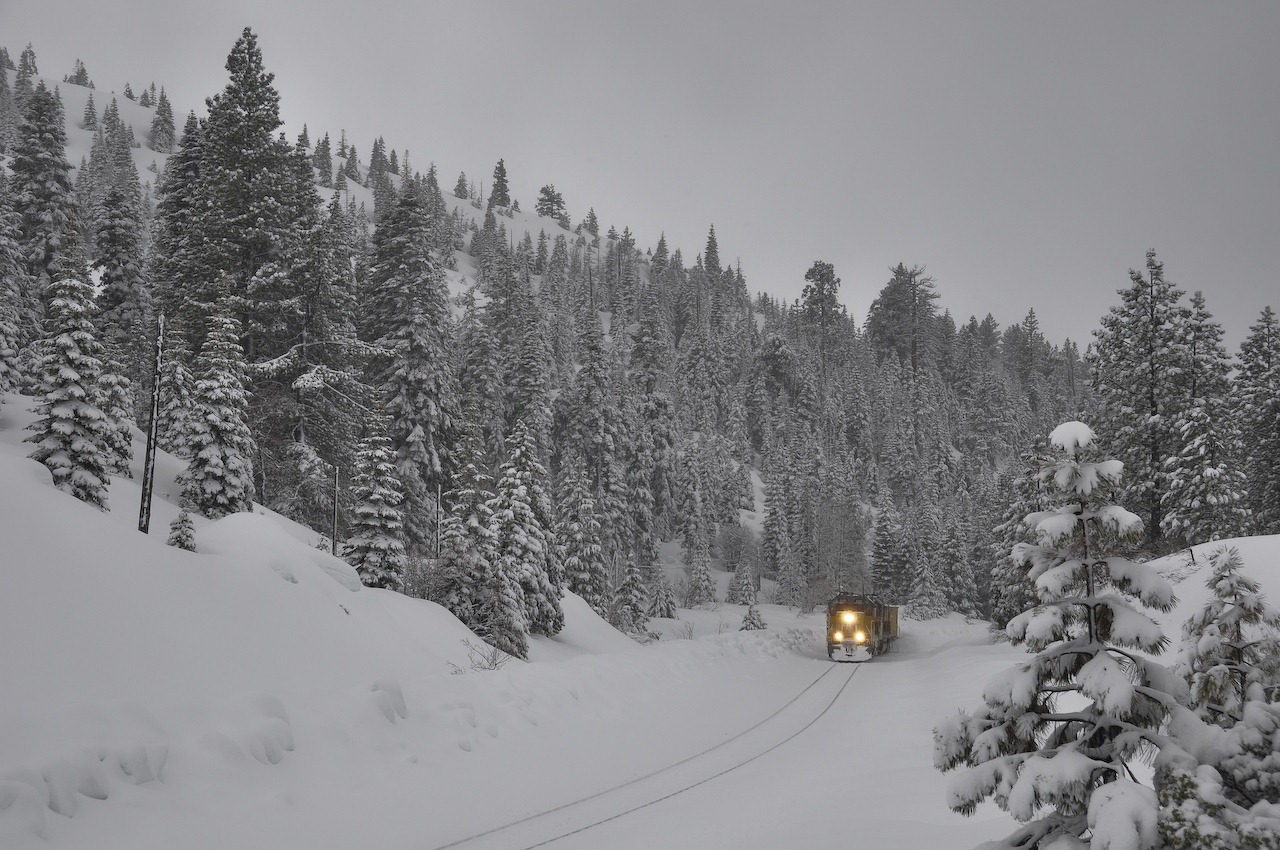 The other benefit is that it falls like snow, to gives horizontal surfaces a good heavy coat while leaving vertical surfaces like the sides of rails nice and relatively untouched.

Here is the business end after spaying, you can see the unmasked area around the track is a different color. 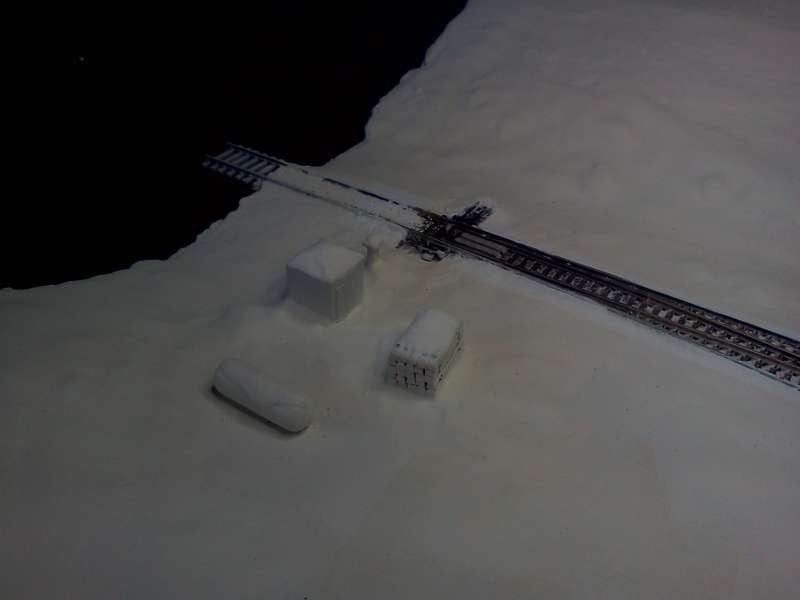 You can see how the snow looks good and lumpy, while still being very easy to clean

While at it, I installed the first signal and a snowed-in equipment box. The box is a little too snowed in so I raised it later. 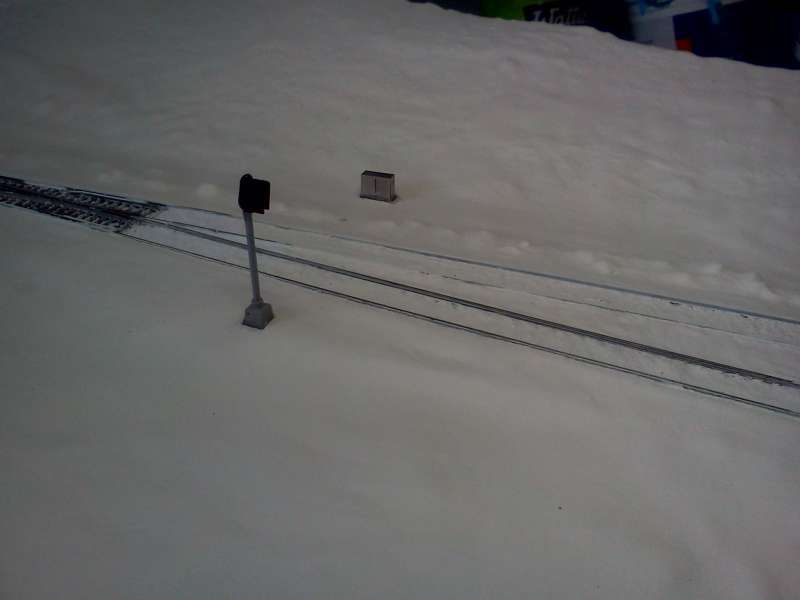 After all the preparation, it is finally time to start planting trees! The process is pretty simple, just poke a hole in the plaster shell and stuff in a tree.

Here is the start of my forest: 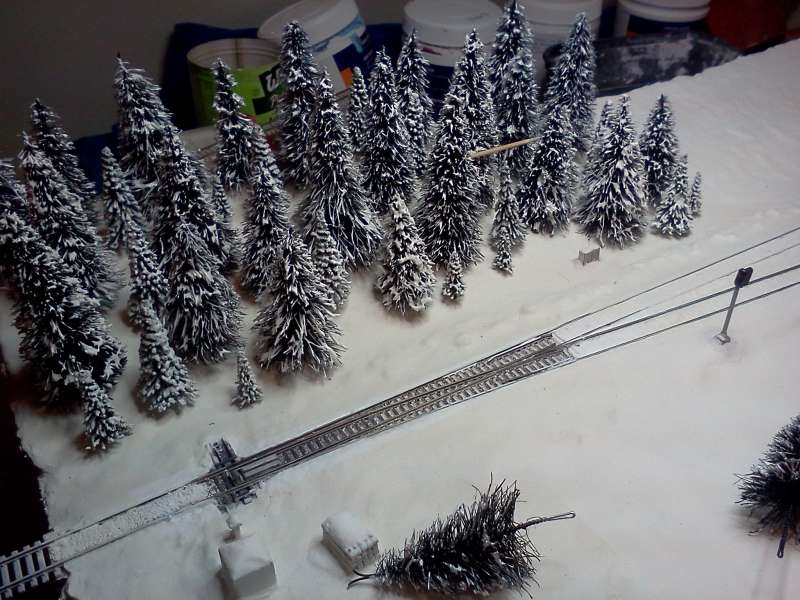 Soon all the trees were used up. 100 trees sure doesn't go far, but the result is very pleasing: 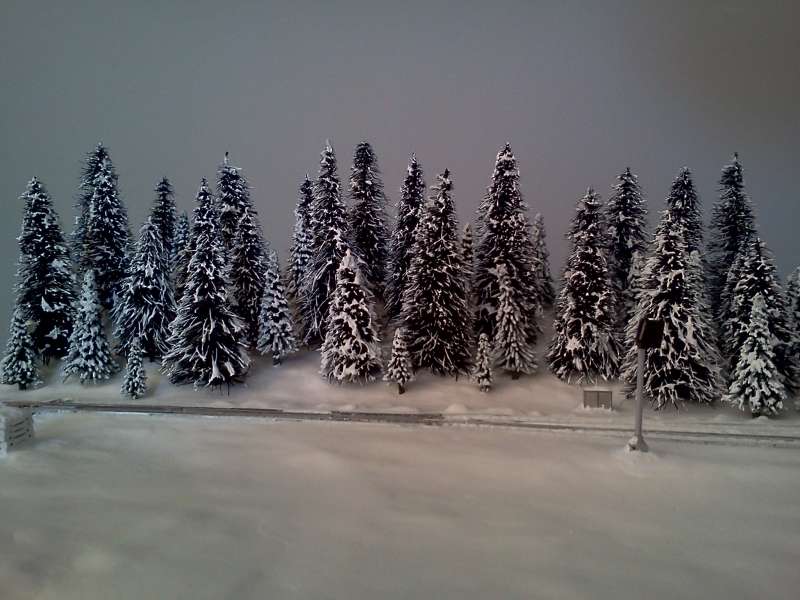