I took a day off from work on Friday and spent it all downstairs in the garage. Much got done! Among the more exciting advances is this: 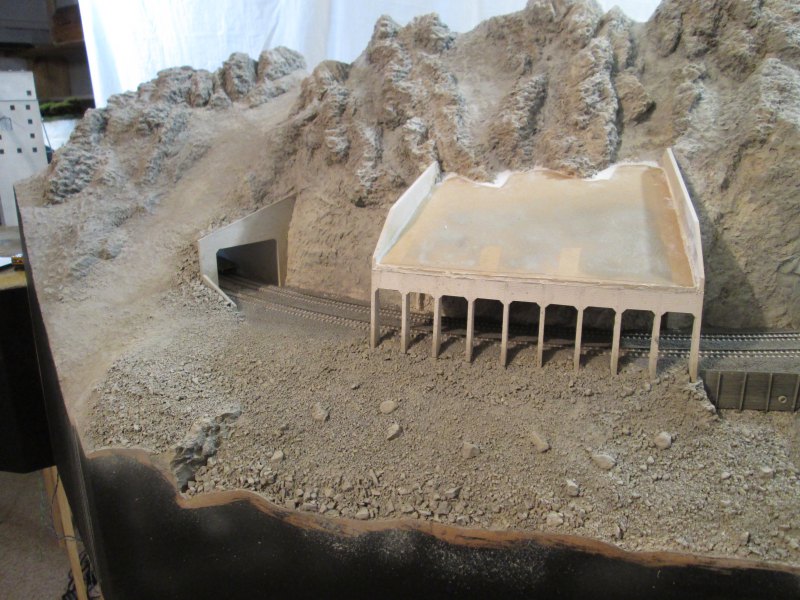 Yes, the canyon scene has taken a giant step forward in the rock department. As of the last update, I had the sides of the rockfall shelter in place, but no roof. Since then I've made a roof for it. A pattern was initially made, then transferred to 3mm MDF and cut out with a jig saw. Then with Dremel in hand, I sanded off the corners until it fit nicely around the rocks. Some 5 minute epoxy secured it in place, while I filled the gaps with some kind of gap filler.

Meanwhile, the rocks were a few different shades, and I needed to blend them in to the rest of the scenery. I started with some white paint, dry brushing it on. That was a good start. Next I used a can of white spray paint to "dust" on a very fine layer of white, which lightened things a bit, but mostly just smelled bad! Finally I busted out the airbrush and mixed up a few different shades of well diluted whites and light grays.

This worked pretty well, but obviously I am still learning how to use my airbrush as the paint mostly splattered, rather then misted out of the airbrush. I ruled out the brush being dirty, or not enough pressure, and it didn't seem like the paint was too thick, as it was pretty well diluted. After a lot of head scratching and splattering, I decided it must be the feed line out of the mixing cup on the airbrush. Since I was mixing the paint in the cup, then diluting it, it seems that some of the straight paint was making its way up the outlet before I diluted the mix. That's my theory at least.

In the end though, I got everything looking pretty uniformly dusty: 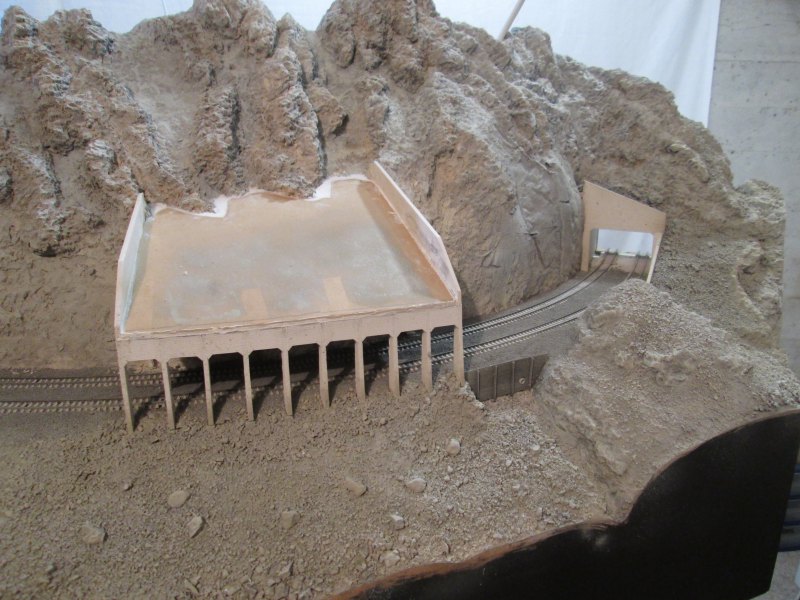 The top of the rockfall shelter is next on the list obviously, as well as painting the concrete, though I imagine the concrete will end up much the same colour as the rocks, with maybe some diesel soot on the portals.

Add in some tussock here and there, maybe a small shrub, possibly a mountain goat too. I'm pretty excited by the results, it's a great bit of scenery. 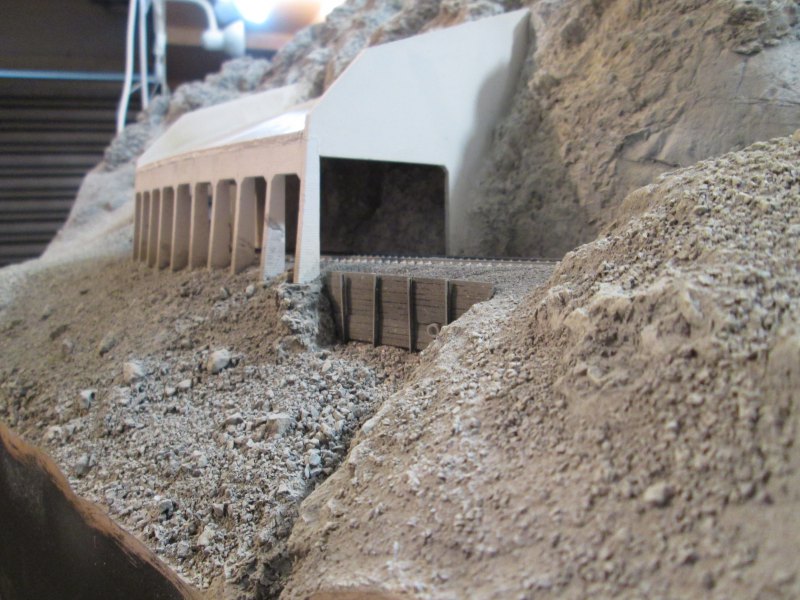