Birth of a new module: the viaduct

Taking a break from the city module, I decided to work on the long-delayed bridge module. So far I've made up two towers and made a rough start on the module itself. However I was finding the existing module a bit restricting, so after a bit of brain storming, decided to make a fresh start.

A plan was quickly devised and then construction started. This module is a new style for Utrainia, having a smooth curved fascia, and being of a monocoque form, where the fascia forms the structure itself. Enough talking though, it's time to assemble the materials: 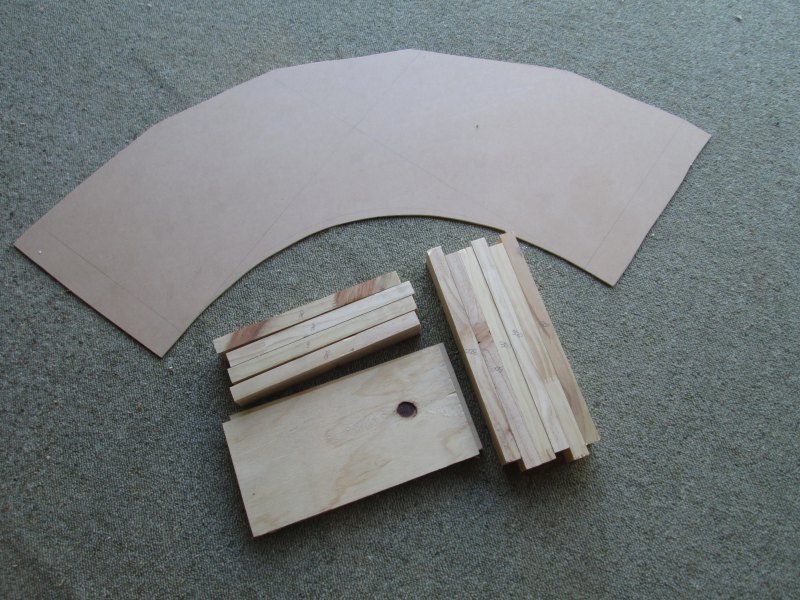 Pairs of verticals were connected to a spacer each, and a step taken out of the curved base on each corner: 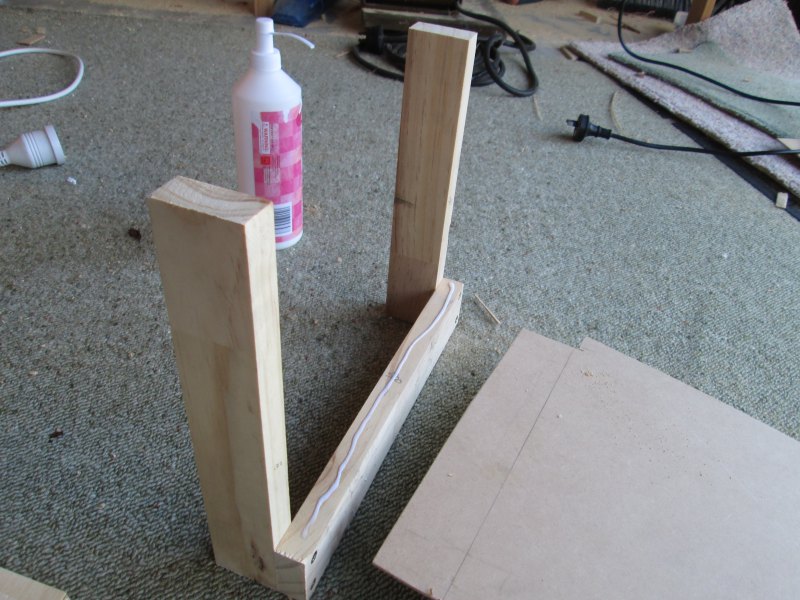 Then the verticals were connected to the base, and the other spacers placed underneath: 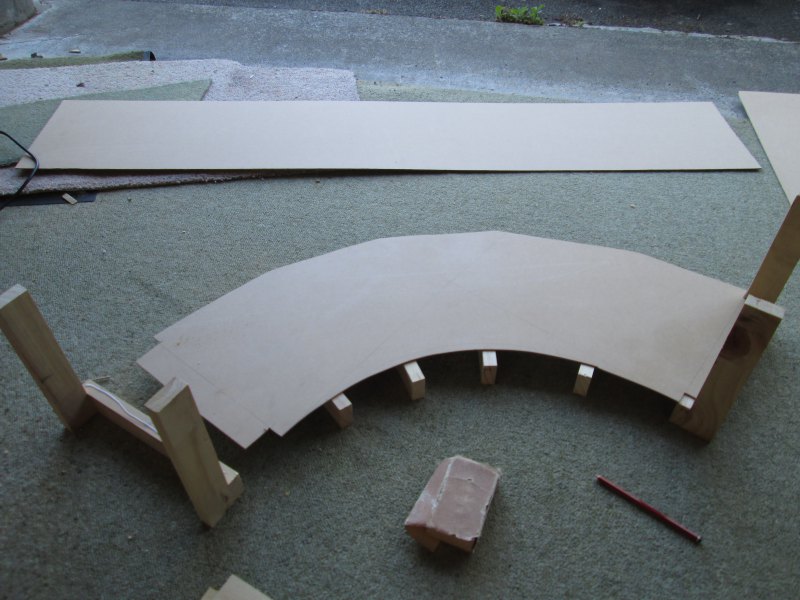 Two sides of 3mm MDF were ripped on the table saw and cut to the appropriate length. These were screwed and glued to the verticals: 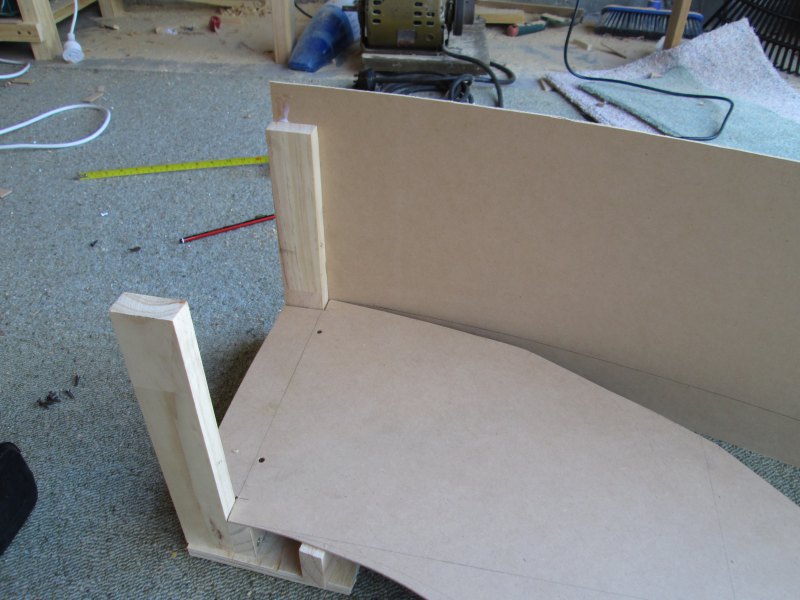 And ditto at the other end: 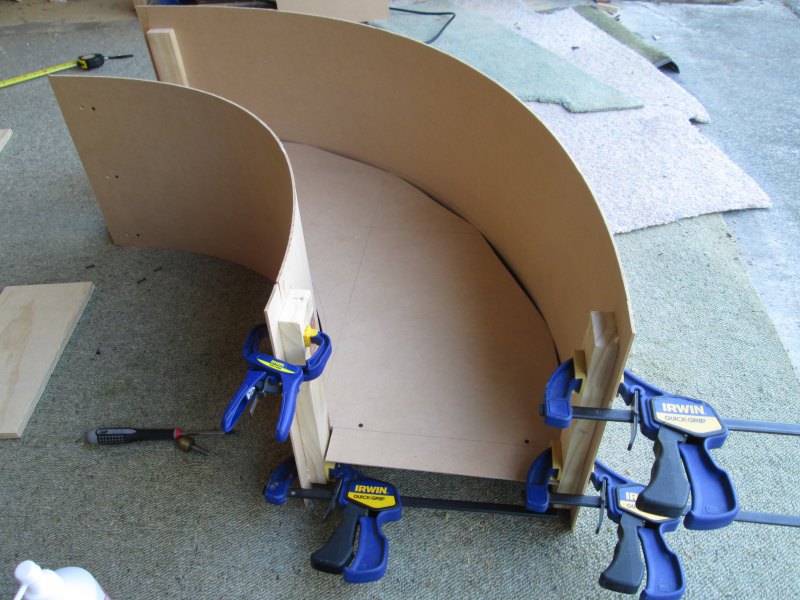 Then I turned the whole assembly upside down and placed the spacers evenly around the bottom, gluing and screwing them in. The ply ends were trimmed to fit, and the standard Utrainia module connecting holes drilled at the appropriate positions. The ends were then connected to the verticals. 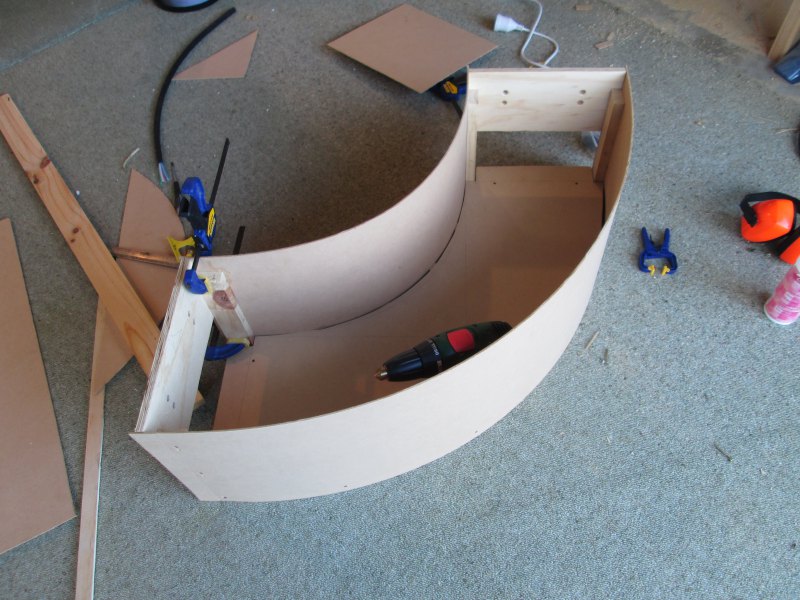 And that's about it! There is a little bit of finishing to do on the ends, but I'll wait till the terrain is in place before adding that. To explain the structure a bit more, the track will run across the top of the module shown above, with 250mm of polystyrene filling the space between the track and the base of the module. Where the bridge is, up to 200mm of the polystyrene will be cut out to form a large river valley, with the bridge spanning most of the length of the module.

While I can't find any photos of exactly the look I'm going for, this is reasonably close: 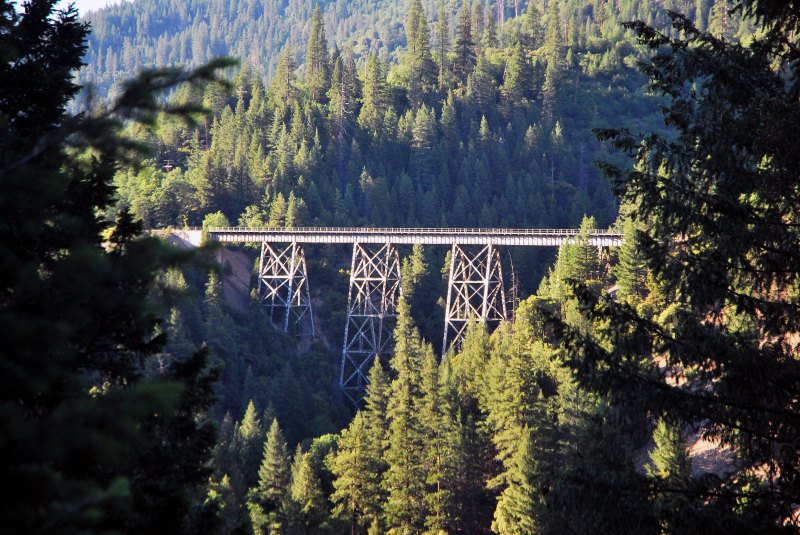 A large steel viaduct, spanning a steep river valley, with dozens of conifers filling the valley, and a rough rocky stream coursing through the bottom. At one end I imagine there will be a tunnel, while the other end will be a little less steep and a cutting may suffice. I am planning to set it in autumn so that I can have some nice golden aspen trees scattered through the scene. Should be a great module, but I'm not looking forward to all the trees; the snowy module took nearly 200 trees and that had large open areas...

Trains are rolling
JR along the coast