JR along the coast

Now that trains are running on Utrainia, I've been enjoying running some of my trains. So far I've been running the "blue train", which is a collection of Japanese rolling stock I've acquired over many years. I've always fancied the Japanese blue trains, I think because as a child my Granddad had a similar set and it's left an impression. While in Japan I made an effort to ride one of the blue sleeper trains, but my timing was off and I ended up in a dreadful series 14 unreserved cattle-class carriage during a summer student migration weekend; a rather sub-par service.

Luckily in Utrainia there are no series 14 carriages on the sleeper trains, and so all passengers are treated to a most luxurious overnight ride instead.

Usually the sleeper train departs late in the evening, travelling through the night before arriving early in the morning at its destination. During the summer months, passengers are often treated to a spectacular sunrise as the train skirts along the Sea of Utrainia. For many passengers this is the highlight of the trip.

On one of my camping trips I was lucky enough to catch the train emerging from a tunnel. These big electrics are pretty quiet, but one can usually just go off the timetable on these trains; promptness is very important in Utrainia! Some locals even say you could just set the self timer on the camera for 7:14am and be done with it. I went for a slightly more hands-on approach though as I cooked my breakfast: 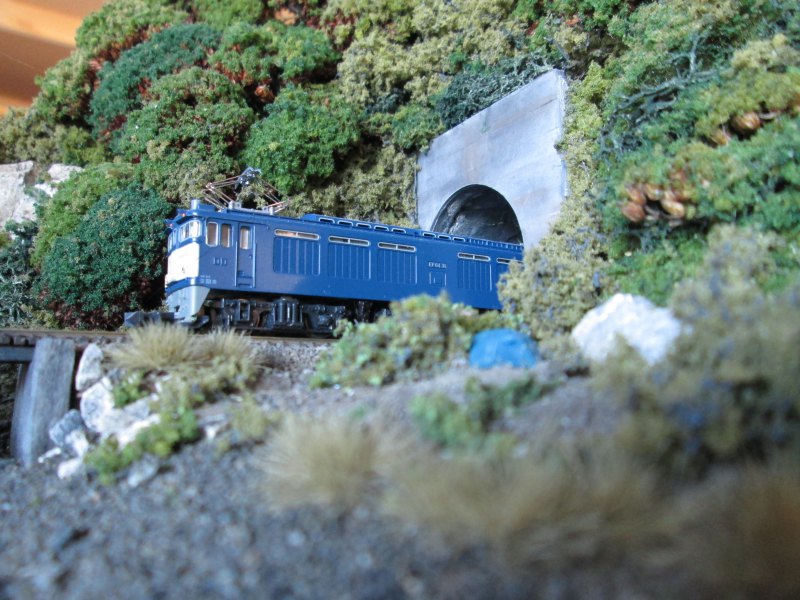 Here are some publicity shots of the train along the same stretch of the coast: 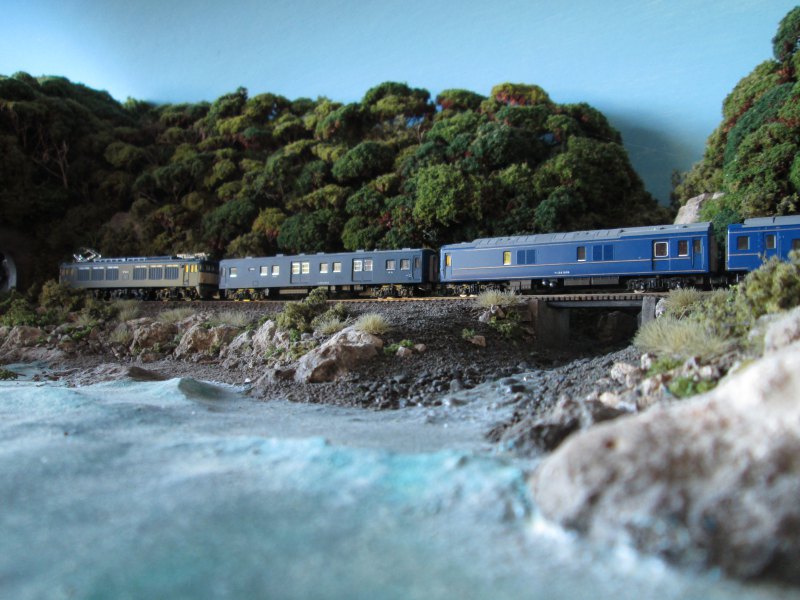 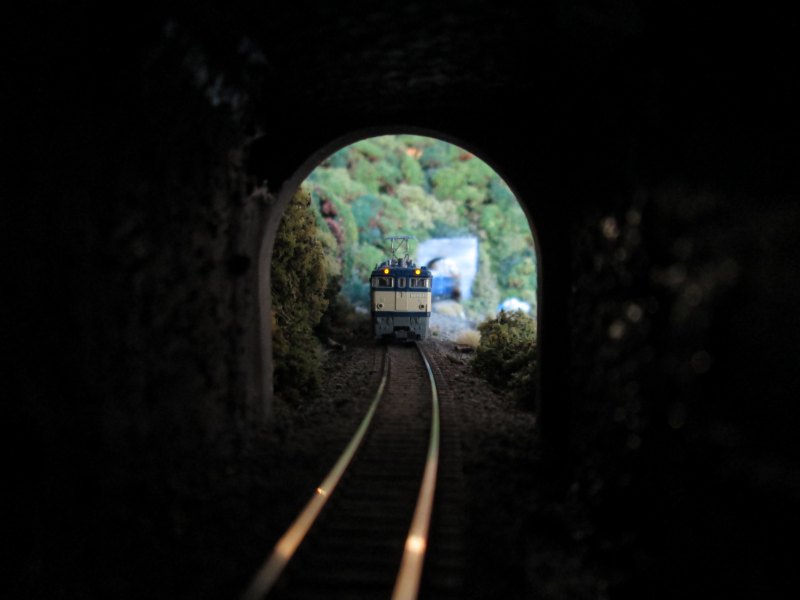 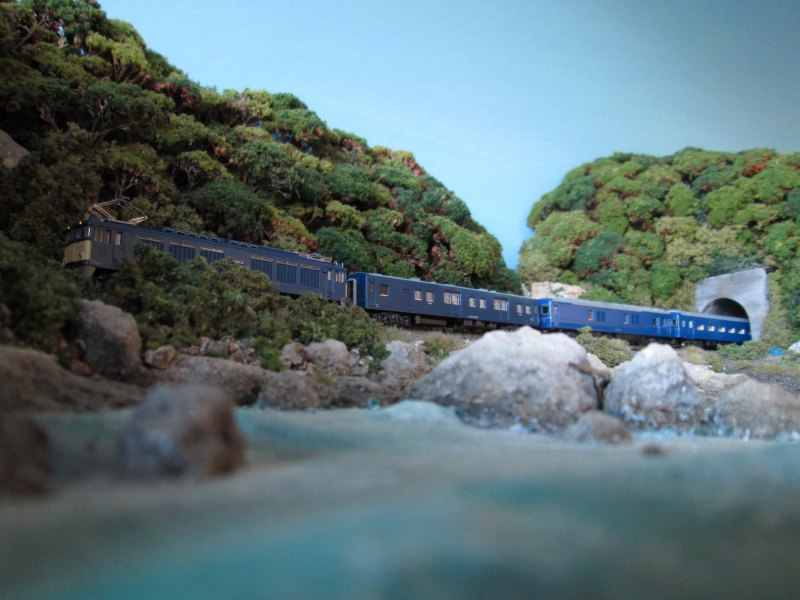 You may wonder how a big electric train like this can run without any obvious overhead centenary... I'm not sure either. Behind the loco you can see the all-important Express Mail van; unlike certain other countries, Utrainia is not disemboweling their postal system!

Birth of a new module: the viaduct
Closing the loop