Big day here in Utrainia, and the result of many days work. First of all though, a little bit of background...

While building the bridge module I could feel that I was very close to making a complete loop of modules, all I needed was this and one more corner module. At that point I realised I had another corner module, my previous base for the bridge module. So I had the required number of corners, however neither had track, and it would take me a while to complete the bridge scene. I felt frustrated that I was so close, yet so far.

Then it struck me that I could cheat a little... if I tacked down some track on each module, they could act as stand-ins until I got around to completing them. Hmm...

So that night I quickly made up a pair of spacer modules. The first one I just put down some track over the existing foam, on the second one (the new bridge module) I made some joists out of 3mm MDF and a tack base from some foam board. End result was two corner modules with track! Some wiring was added, holes drilled in the right places, etc etc.

I then did some quick measurements to see if everything would line up; nope. Out by 40mm in one direction, 50mm in the other. Serves me right for non-symmetrical modules. So the next day I made up some little spacer modules and then began the arduous task of connecting everything together.

Quite a mammoth job, and several of the older modules needed adapting to since they used a different connecting system. After what felt like an eternity I placed the last module in place, ready to close the loop: 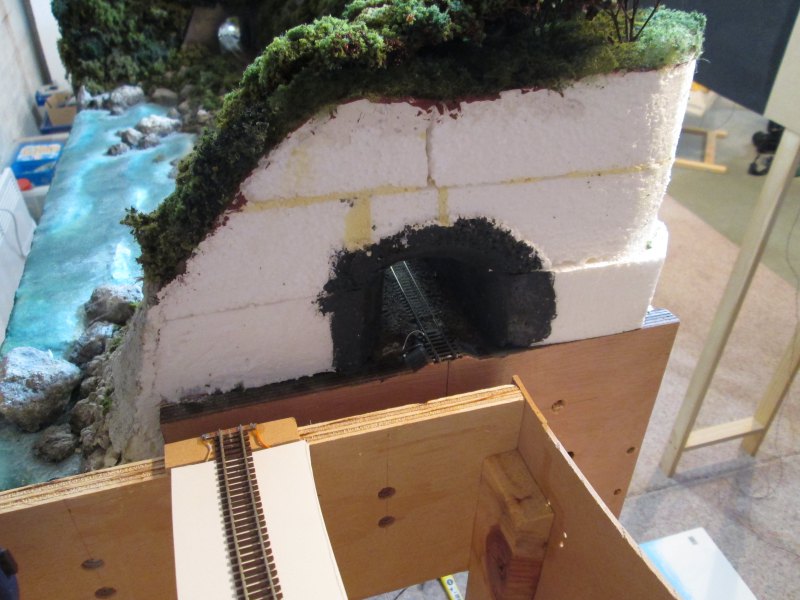 Ooops! That's more than a little bit out of alignment! Not really sure what I did wrong, but obviously it needed fixing.

So a new spacer module was made up: 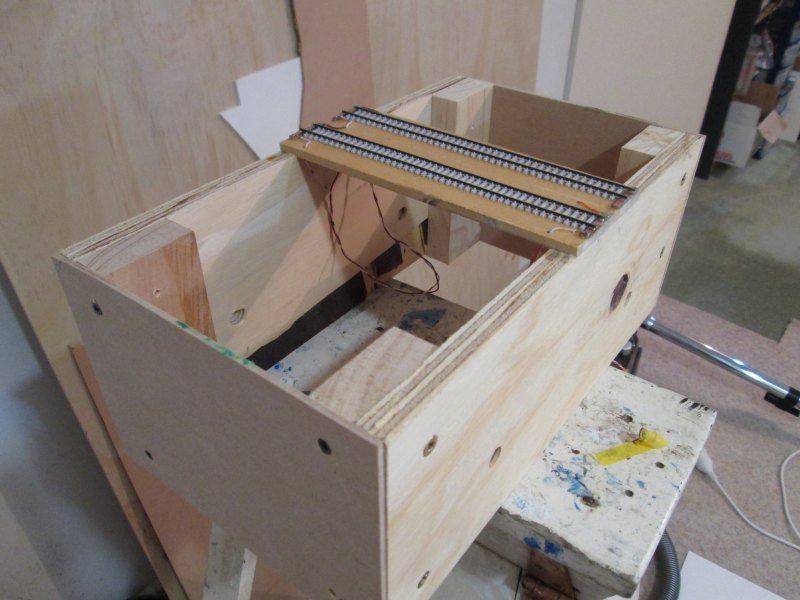 And dropped into place: 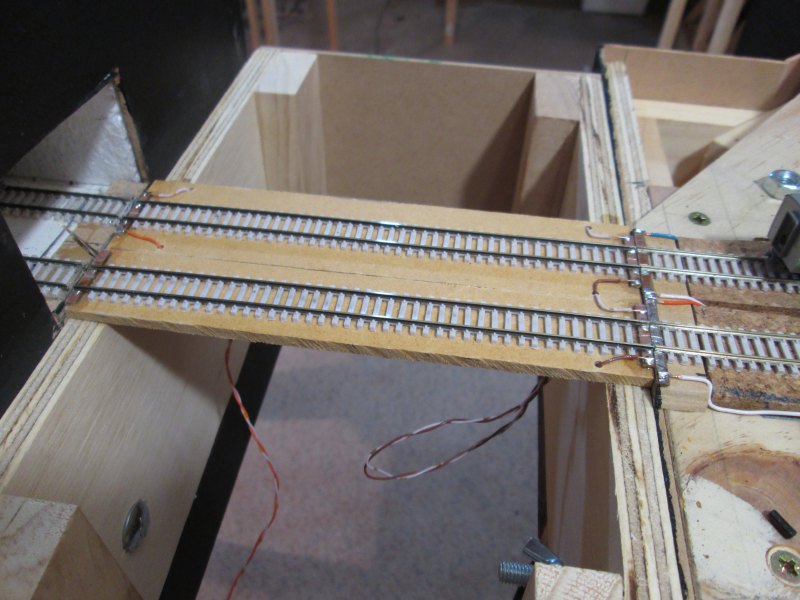 I'm not too sure what to do with this module; it's definitely big enough to have something on it, just a very small something. I could go very literal and make it a giant bridge.

Back to the gap and... yes, everything fits this time. A quick dash around with the multimeter to check continuity over each join, then a quick clean with some acetone and we were ready to go. 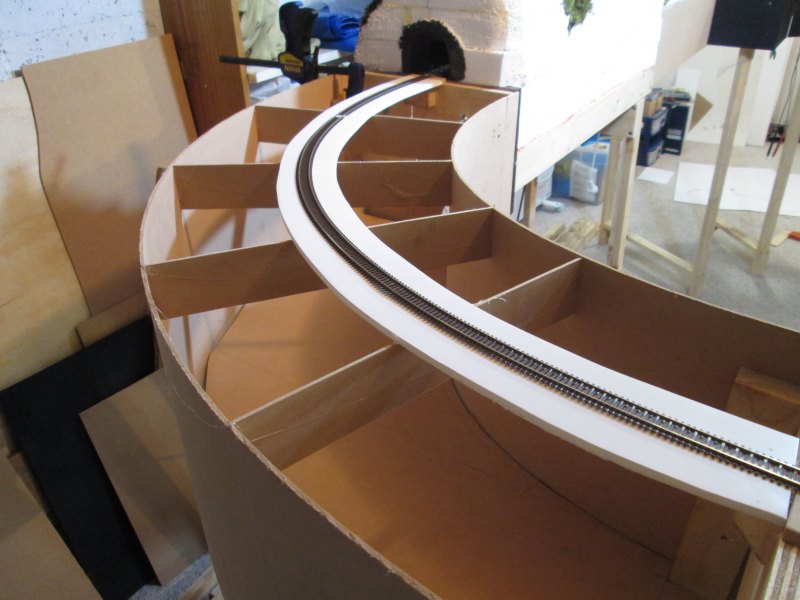 Rachel and Tiger graced us with their presence while the first train completed the loop: 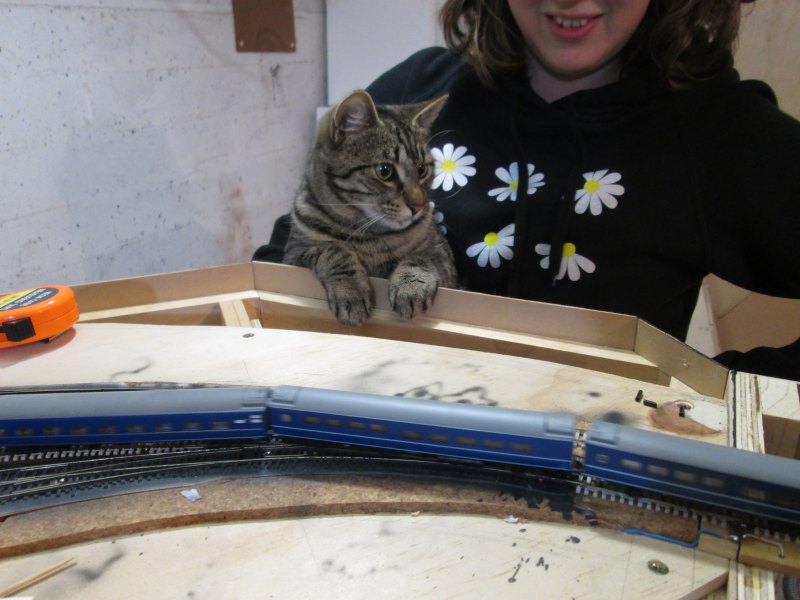 Here you can see the whole assemblage: 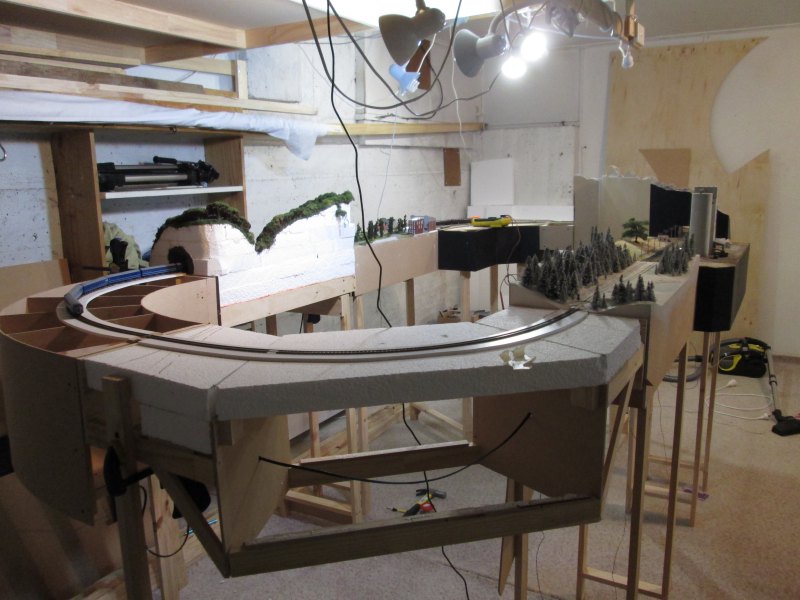 It was quite nice to see some of the modules from a different angle, it is almost like seeing a new module.

Since then I've been playing trains! The blue train has been doing many loops which has highlighted a few troublesome spots of track. 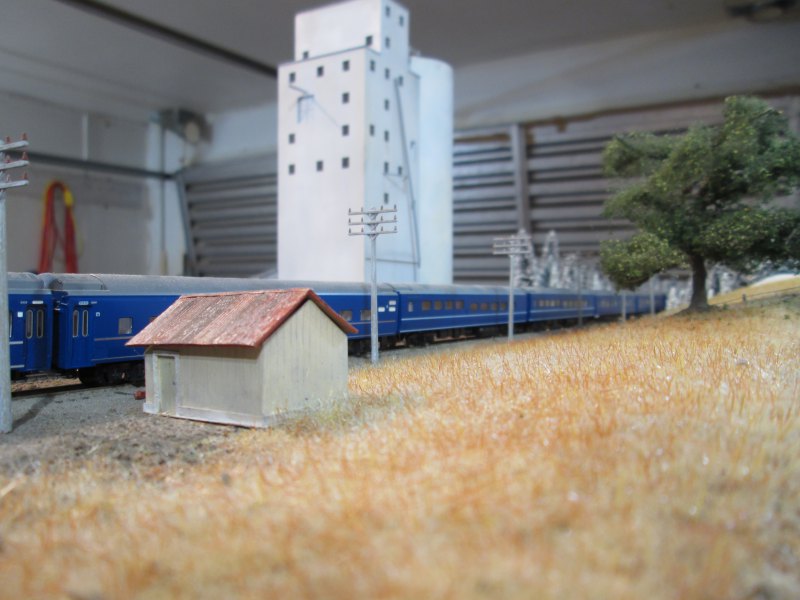 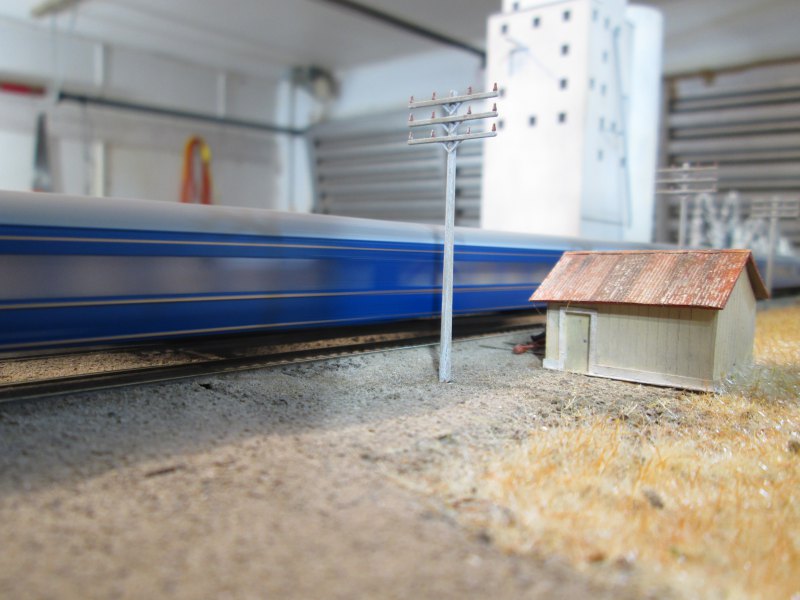 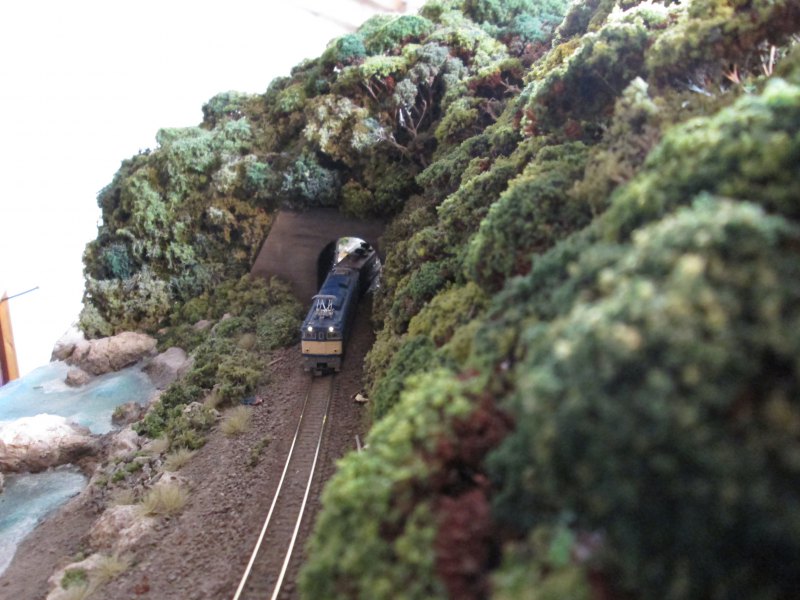 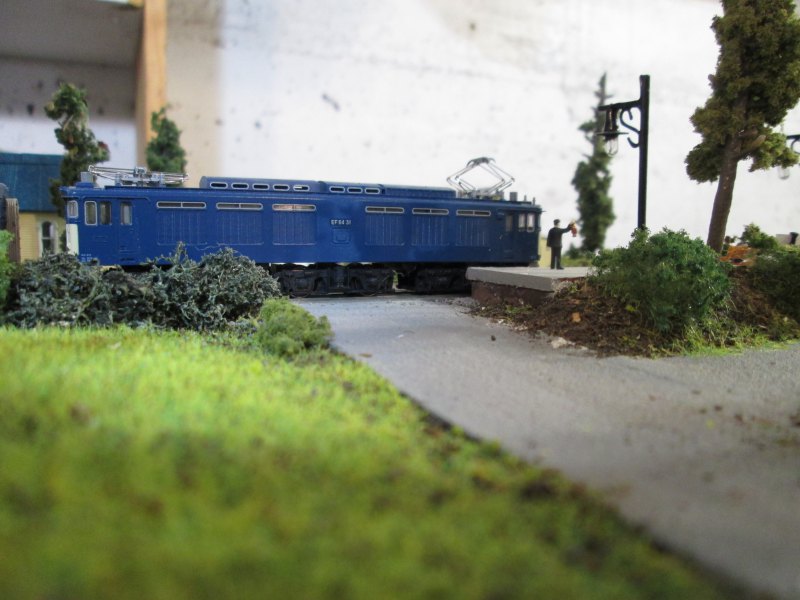 Now that trains are running, priorities have shifted a little. I would like to fix up the remaining trouble spots. One has a slight hump in the track which causes trains to sometimes uncouple, another spot a point is missing wing rails and so sometimes the front and rear wheels on a wagon take differing routes through the turnout! I also need to motorise or mechanise the points so that they stay in position.

That's all for now, but look out for more trains in the near future!