A new project has landed on my workbench this week. A while ago while idly surfing around I discovered the "del Prado" range of diecast collectable trains. These were produced for a Spanish magazine, one of those ones where every week it comes with a new "limited edition" collectable on the cover and before you get a chance to cancel the subscription the next one is already on your doorstep. Anyway, the del Prado models are quite crude and very cheaply made, but they are mostly to scale and available fairly cheaply on the second hand market. So I did a bit of hunting and ordered a few that I liked the look of.

Today the package arrived and I excitedly opened them up, expecting the worst. To be honest, I was pleasantly surprised. I ordered three models, one each of a German, Swiss, and Dutch electric loco. Sounds like the beginning of a railfan joke. I decided to tackle the Dutch loco first, as it's really quite cute. 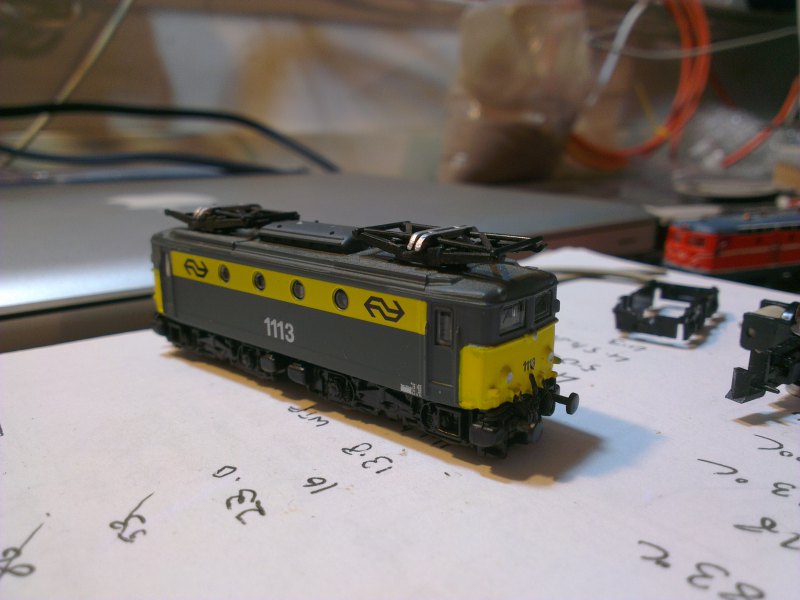 The paint is a little rough, and the pantographs very crude, but to be honest it's a lot better than I was expecting. I took wasted no time dismantling it.

The chassis is fairly solid diecast affair, and took a little work to extract it from the shell. 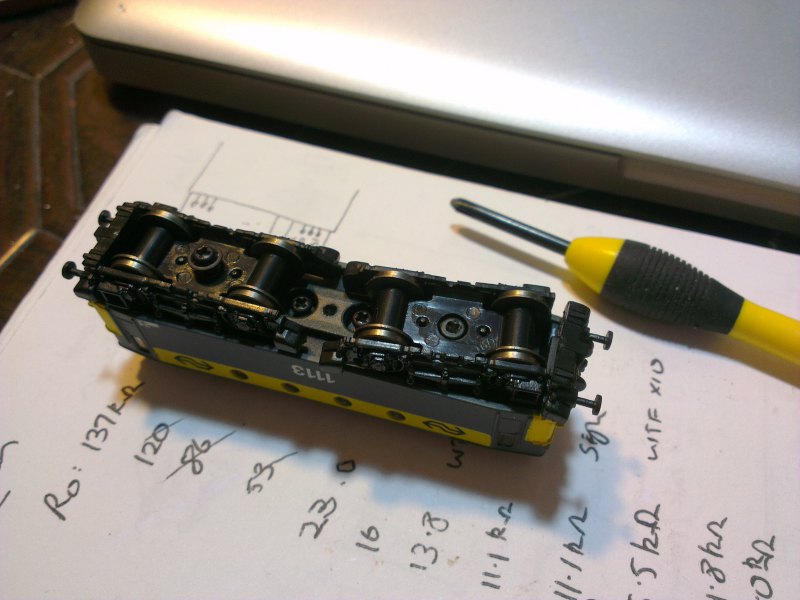 I think a little glue had seeped in around the edges. Once free though I laid it out on the bench and had a look. 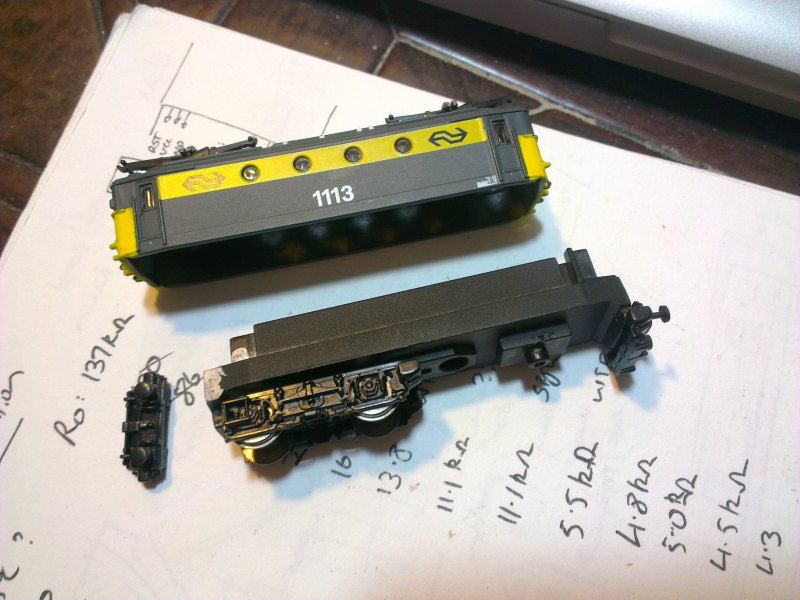 The wheels are pretty rough and barely rotate, and the bogies have almost no rotational play. That doesn't matter though as I plan to motorise it. What is important is that the bogie castings have a reasonable amount of detail, and there is oodles of space inside the shell: 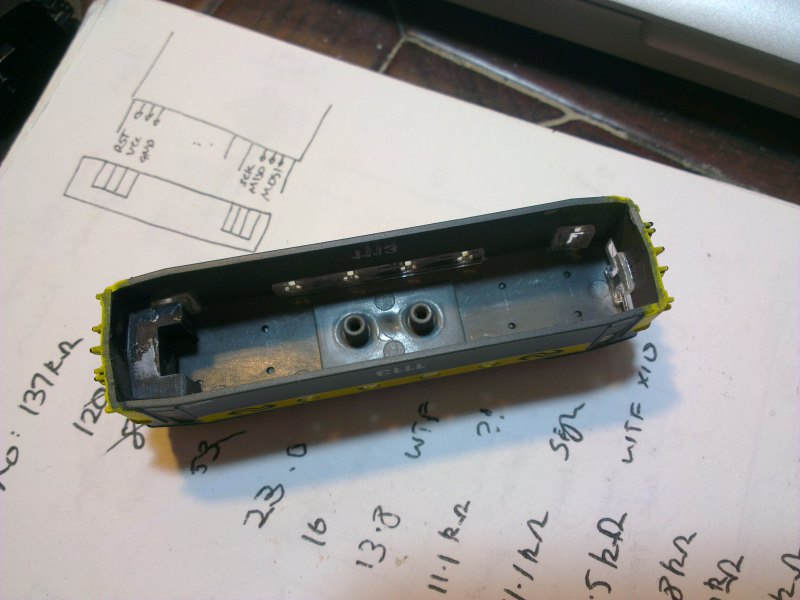 To motorise it there are many options, most of which would cost more than buying a proper working model of the real thing. But as luck would have it, I had an old de-motored LifeLife F40. I dug it out and had a look. 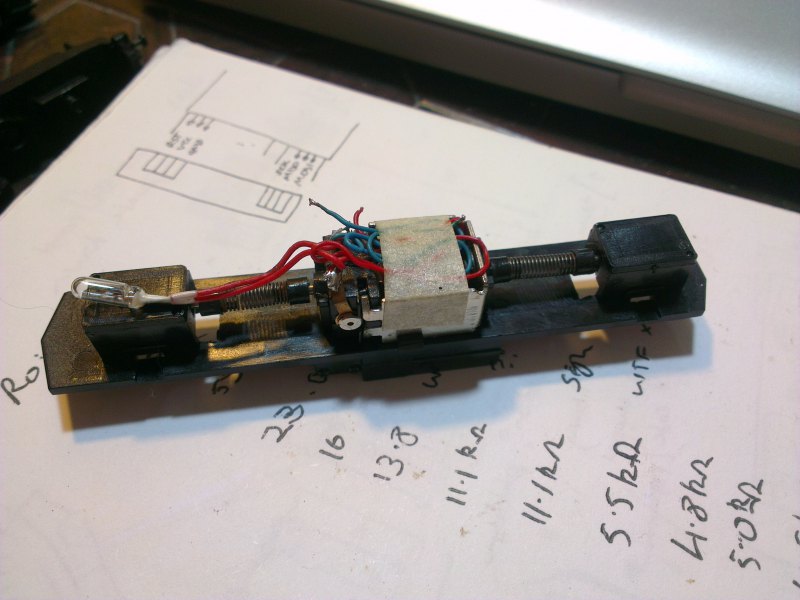 Classic technology here. Incandescent bulbs, springs connecting the motor to the worms, no flywheels. However from what I read, with a little work these can make quite adequate engines. That and they are very hackable. 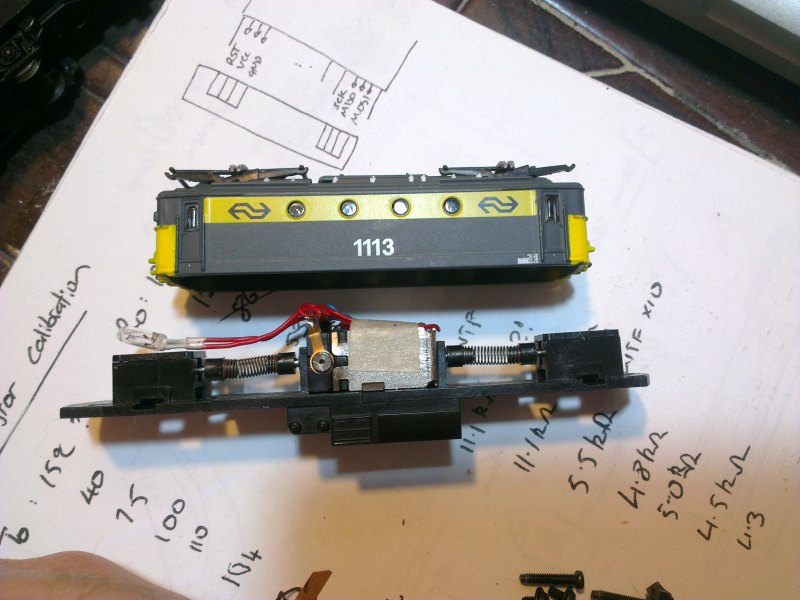 It's a bit long so will need shortening... I suspect I'll end up making a new styrene chassis for it. I have two choices for powering it: either have both bogies powered, or go the easier route and only have one bogie powered. The latter gives me more room to play, and would let me add a flywheel, but at the expense of power. The former means all wheels are powered, but no space for weights, a decoder, or a flywheel. So I'll go with the latter approach.

The LifeLike bogies have the same spacing as the NS1100 ones, which is handy. 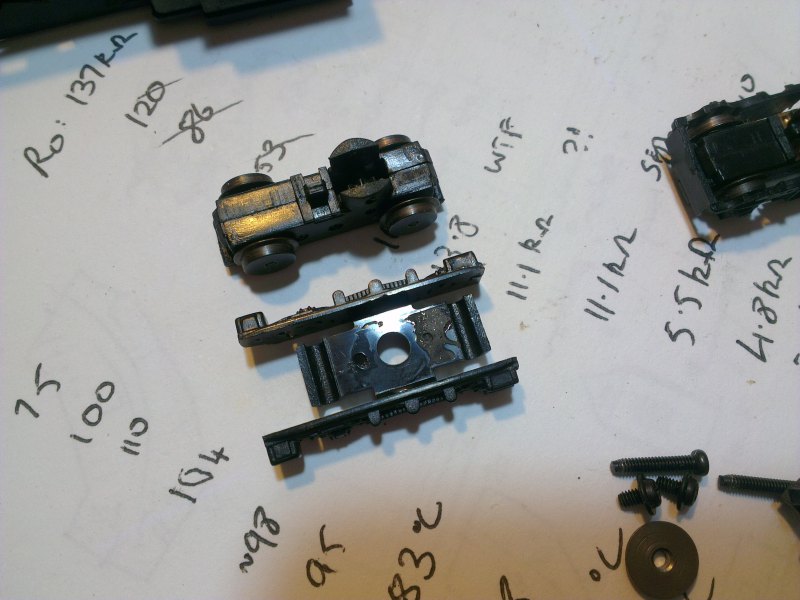 The old bogie sides pop off easily enough, so I just need to glue the new ones on.

Somewhere along the way I lost the little brass pickup strips for one bogie, so I'll have to make some new ones.

I think I'll press on with this project. At best I'll have a very cute little loco for shunting carriages around in the station; at worst I can put it back together and have a still quite acceptable looking "yard queen".

Adding signals to the snow scene
ArduinoCMRI and RS485