A recent arrival in Utrainia is an immigrant from the Austrian Federal Railways, more commonly known as the Ã–BB. The model is produced by Roco, a European model maker based in Salzburg, Austria, and is of a class 1044 "universal" electric loco, suitable for both passenger and freight work. It was the most powerful electric loco in the world when it was introduced in 1976, putting out nearly 7,000 horsepower, and sprinting along at a top speed of 160km/h, hardly sluggish for 1976! It was the pride of the Ã–BB for many years, and now somehow it has found itself in Utrainia, after some astute monitoring of the second hand loco market by their CFO.

Not knowing anything about Salzburg I did a little research and besides being the birthplace of Mozart and the location for parts of the Sound of Music, it also boasts an amazing modern railway station and several other standout examples of modern architecture. It has a population a third that of Christchurch, yet it features an amazing castle and a beautiful alpine location. And amongst all that is the Roco factory, producing fine N gauge models. 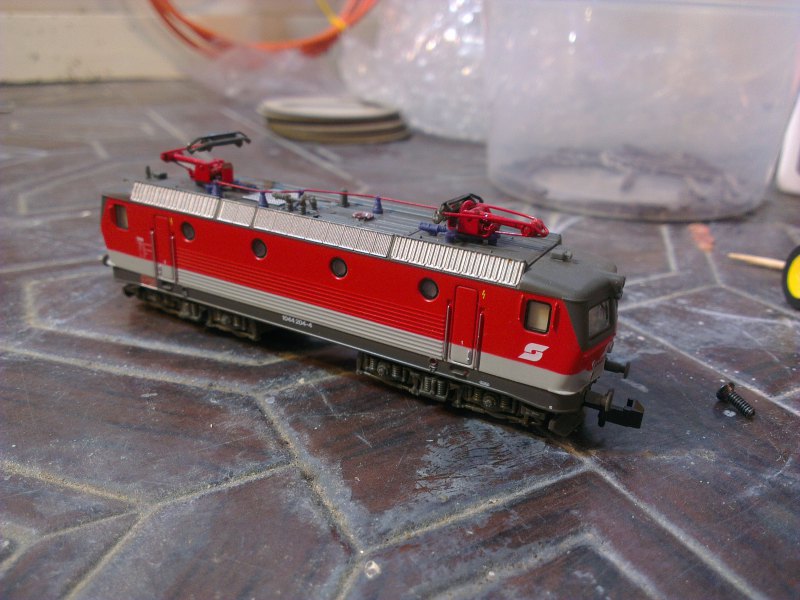 I'm not sure how old the model is, as in some regards it is a bit dated with filament bulbs for lighting, large wheel flanges, and no provision for a decoder, yet the detailing is pretty sharp and the mechanism quite well made. Further research says 2006, which surprises me a bit.

Anyway, on with the commissioning process!

First port of call was to remove the top and see how difficult it would be to fit a decoder. Unlike almost all my other locos, this one has a screw as part of the roof detail, that must be removed before the top will slide off. No simple spreading of the body here!

With the top removed I was a little surprised at the internals. Wires from the wheels, great gobs of solder everywhere, filament bulbs instead of LEDs, and what appeared to be some kind of brass switch. Turns out that like a lot of European models of electric trains, this one has working pantographs and can be run off a centenary if desired. That certainly explains the very well sprung pantographs on the roof.

Pushing the train along some track revealed that the wheel flanges are too big for my track and go thunk-thunk-thunk as they bump into each sleeper. Seems like this loco would require a trip to the underfloor wheel lathe in the Utrainia workshops. 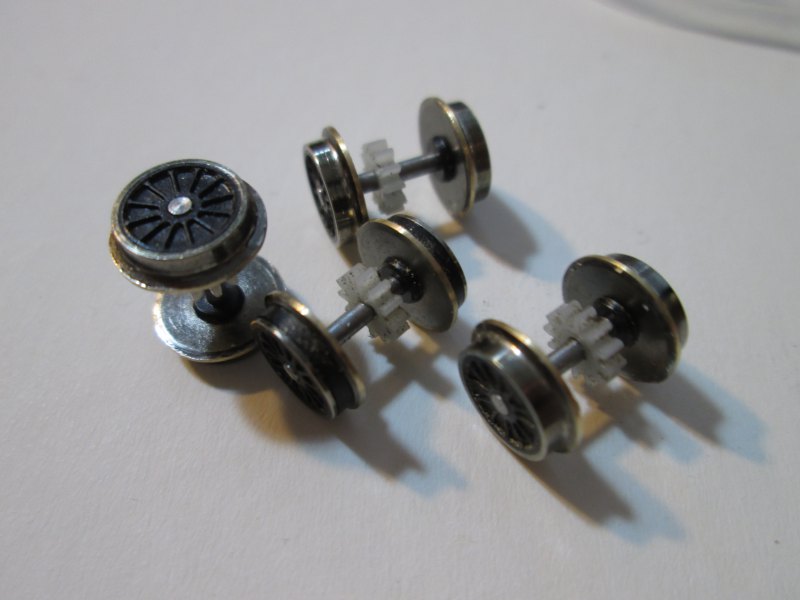 After a bit of careful hand filing I chucked each wheel in the drill and carefully cleaned up the flange, followed by a quick polish with emery paper. Here is the mechanism assembled again. Nice big flywheels, but no skew would motor. Pickup is from flange wipers, a rather off system but who am I to argue with the Austrians? 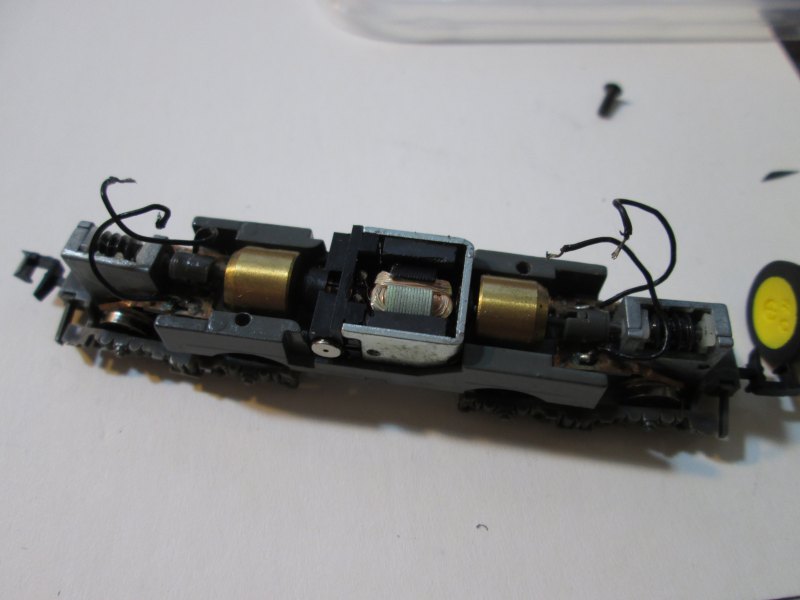 Wheels sorted I moved on to the decoder. First off I removed the old circuit board and did a test fit of a Digitrax economy decoder: 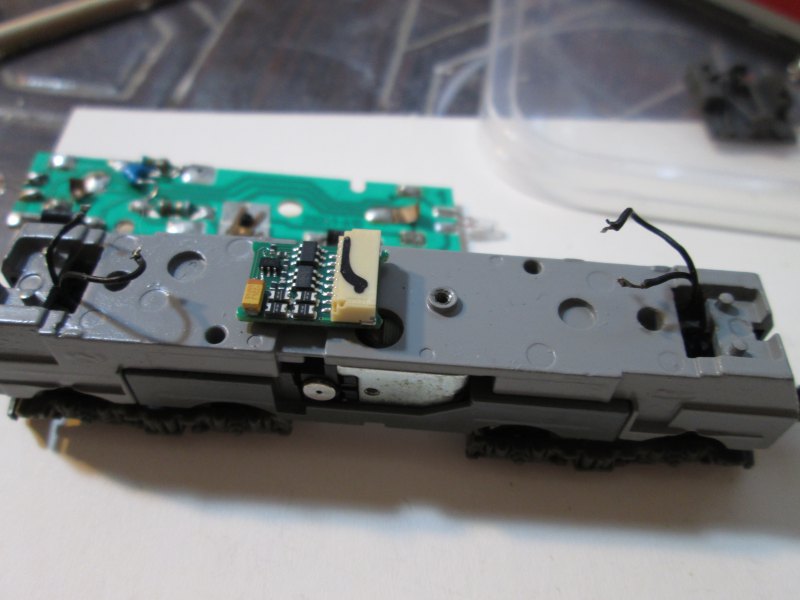 No go with the socket. Out came the soldering iron; this time I did a better job at removing it though. I chopped up the original light board and removed every except for the lights. The amount of extra solder piled on this board was impressive! By keeping the boards I didn't have to worry about mounting the lights or attaching wires to the motor. 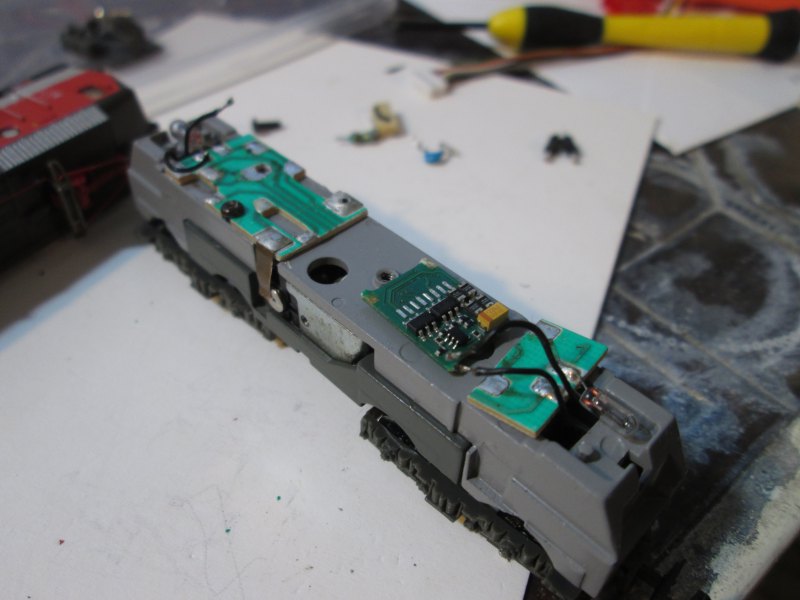 A fair bit of soldering followed, including replacing the wires from the bogies. Eventually I ended up with this: 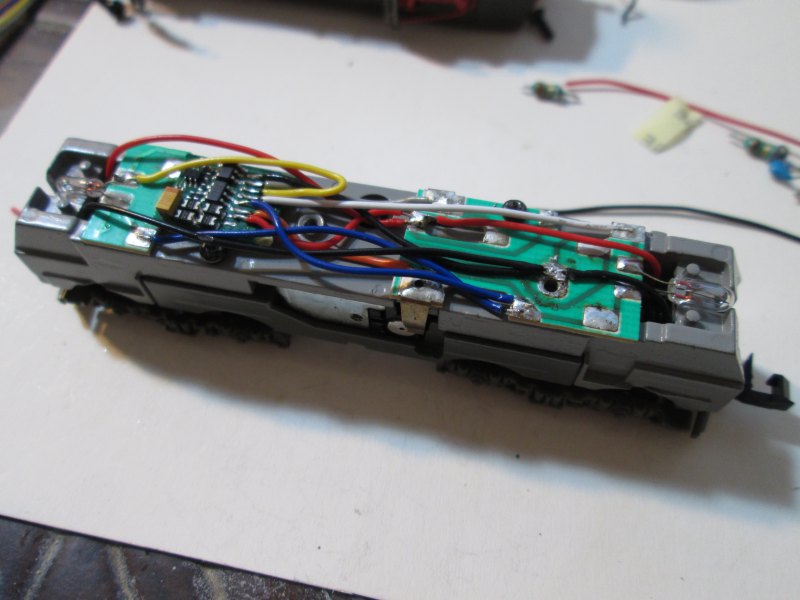 Amazingly it all fitted under the shell and we were soon ready for testing. 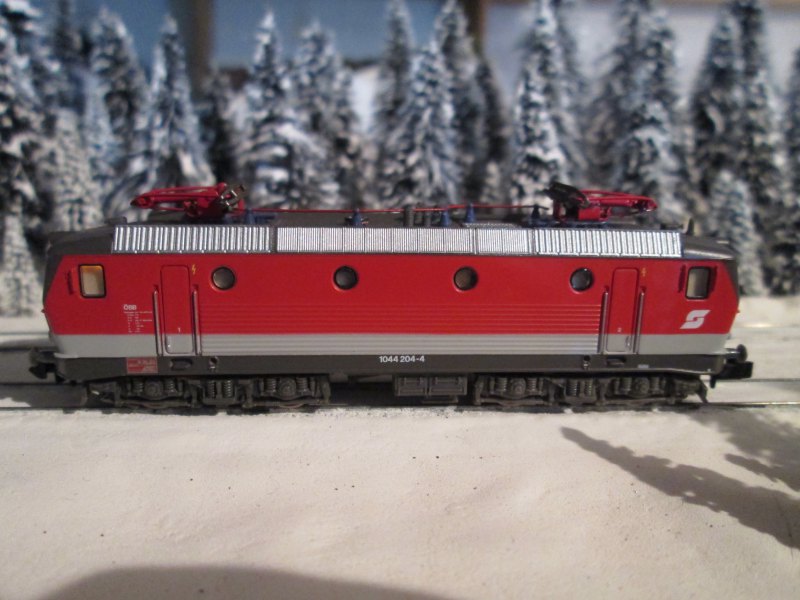 First impressions, it's quite noisy. The combination of the noisy Digitrax decoder, coupled with the growly motor makes it a reasonably loud model. The pickup also needs a bit of work, as it sometimes looses power through turnouts. Hopefully it will just be a case of adjusting the wipers and cleaning the wheels. 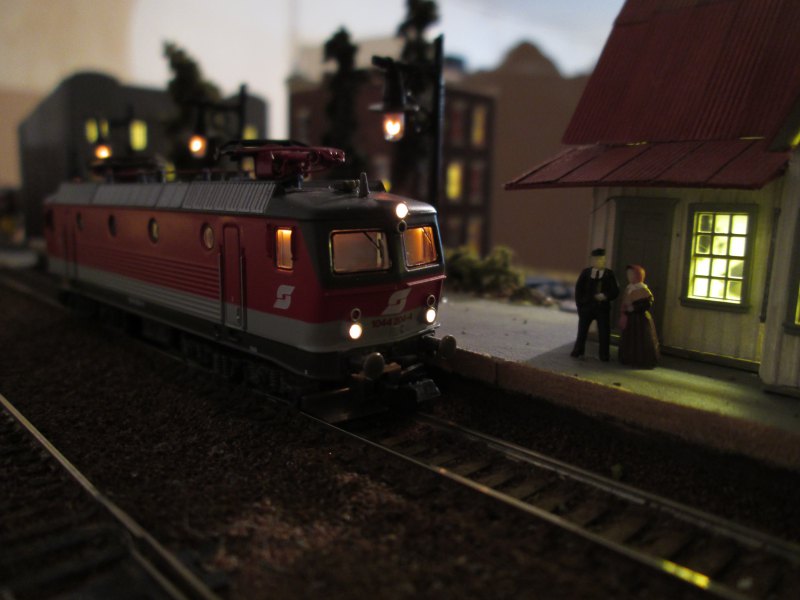 That said it is a powerful hauler and looks good. It is the first loco I own from a European manufacturer, so it has been interesting comparing it to American and Japanese models. Roco is one of the cheaper European manufacturers so it doesn't have all the bells and whistles that the likes of Marklin and Fleischmann have. That said, for the price, I find Kato and Atlas models to be better made and better running, with finer engineering inside and out. Bearing all that in mind, my Roco loco still seems like a good purchase and a good model of an interesting loco. Besides, Utrainia is an international railway so undoubtedly there will be more European models making their way into Utrainia in the future.

Now I just need some European carriages to haul behind my Class 1044...