Three weeks since my last update, however all is not quiet in Utrainia. Over Christmas lots of new items were acquired, among them a pair of rail-busses, a land rover, many dozens of people, and some buildings and building supplies. I look forward to adding these to the railway. 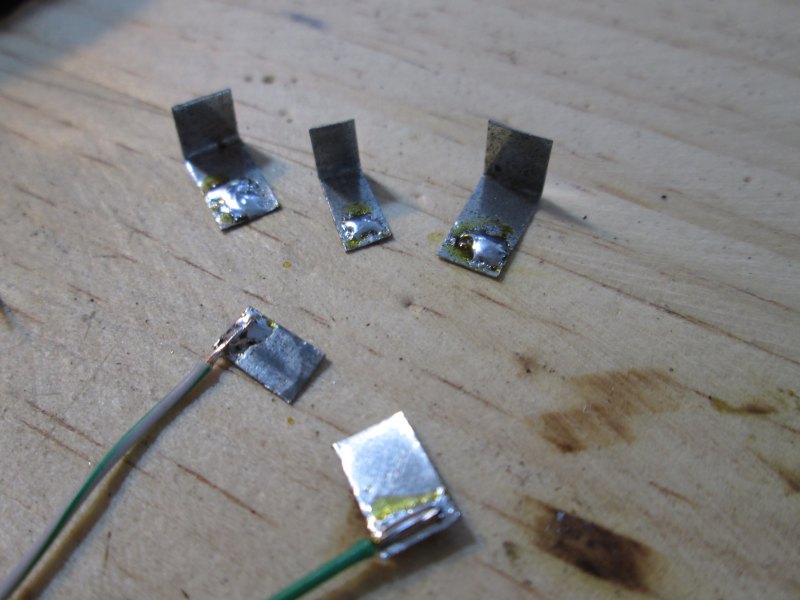 The L brackets attach onto the walls of the buildings a small distance off the floor level. The plates are on the ground, and the magnets go in between, making a sort of electrically-conductive sandwich. Here are some of the plates attached a short distance from the bottom of the walls. I used a stack of magnets to hold the metal in place while the glue was drying. 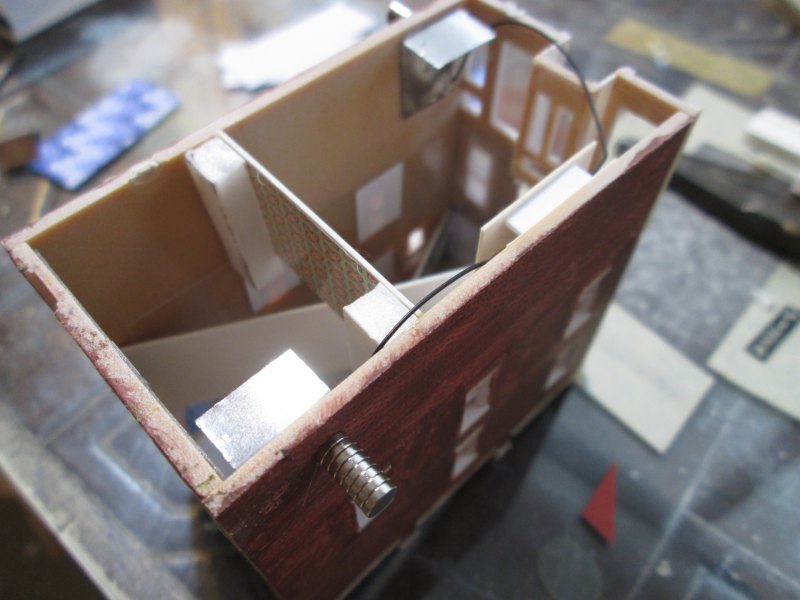 The L brackets supply + and - DC to the building, which are then simply connected to some LED light strips. 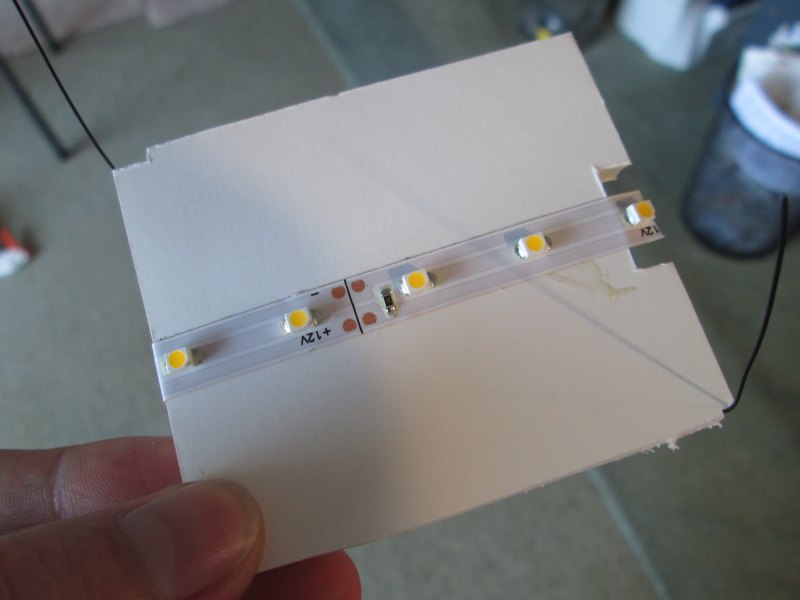 These consist of 3 "warm white" LEDs in series and are designed to run off 12V DC. They are very bright however, so I may investigate replacing the current limiting resistors with much higher valued ones to dim the LEDs.

Inside the buildings I added some wall and floor textures to give thing a bit of interest. Here we can see an upside-down restaurant in progress. 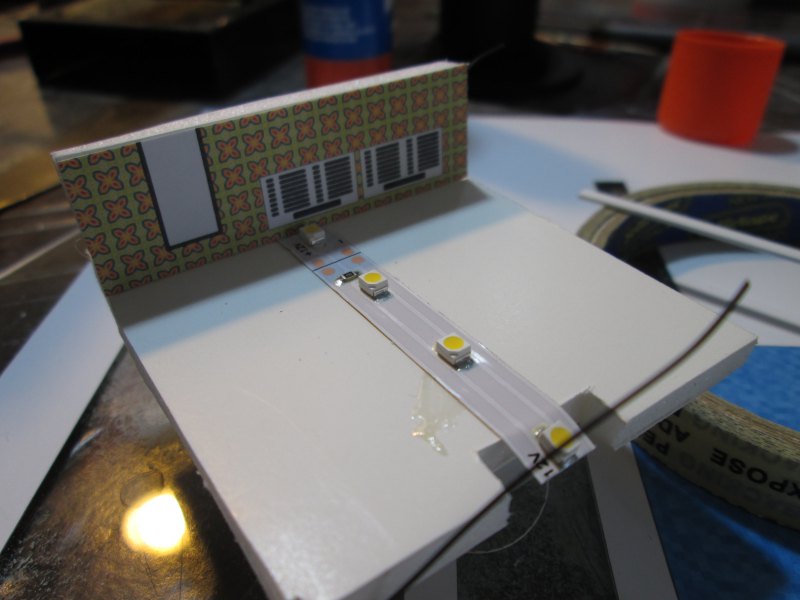 Over the ceiling lights I placed a white baffle to diffuse the light.

I made up a bunch of tables from some blue textured paper and some foam cubes, then stuck them onto my floor: 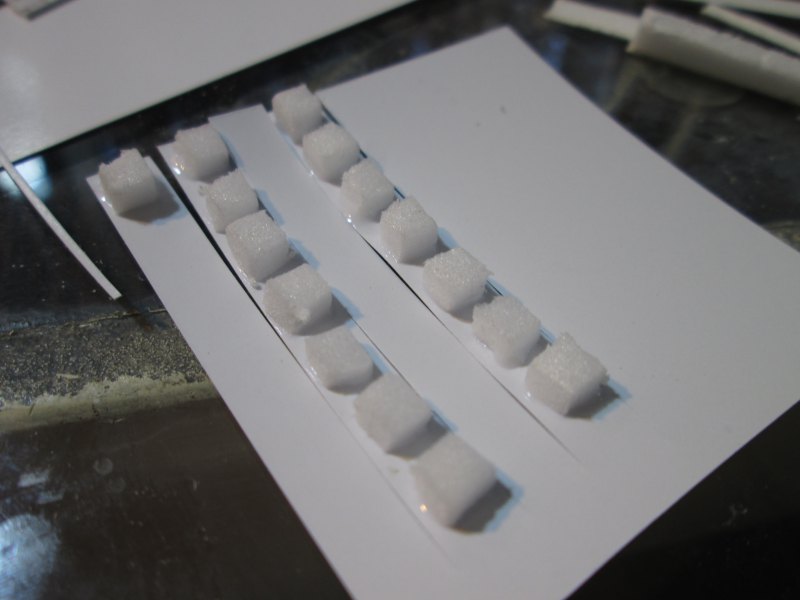 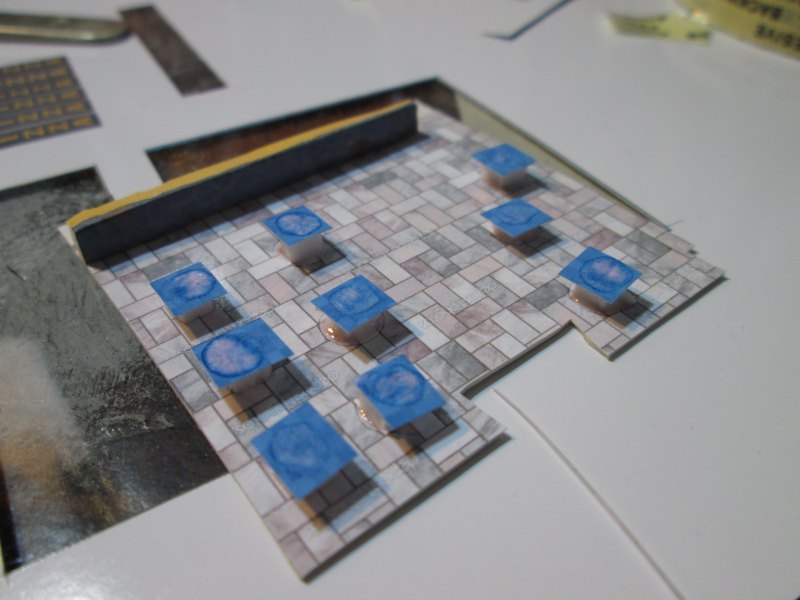 Unfortunately the PVA glue caused the ink to run on the tables! Next time I will use superglue or epoxy.

Now it was time to populate the restaurant: 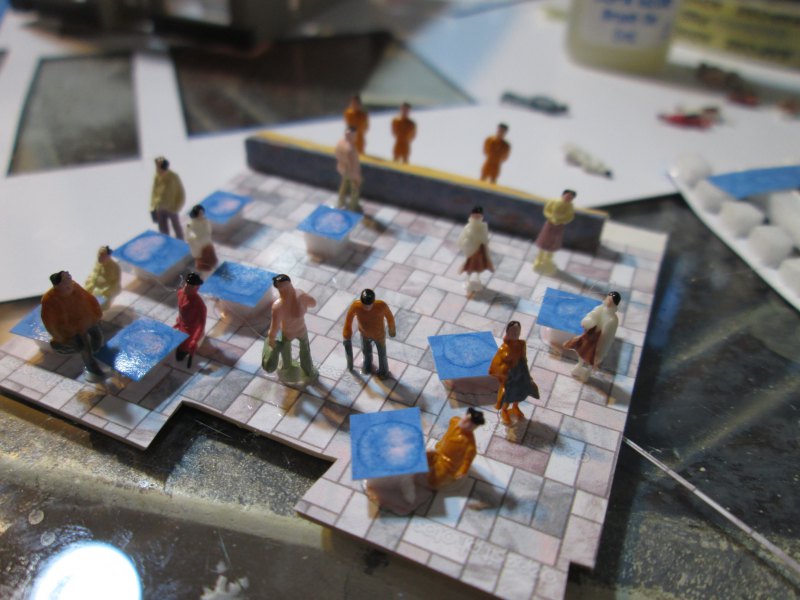 Very crude, and a lot of the sitting patrons don't have feet, however the effect is what counts.

Here is another building in progress. You can see the wires for the lights, the L brackets, some walls, and another light baffle. I printed out curtain and blind textures and stuck them over windows. 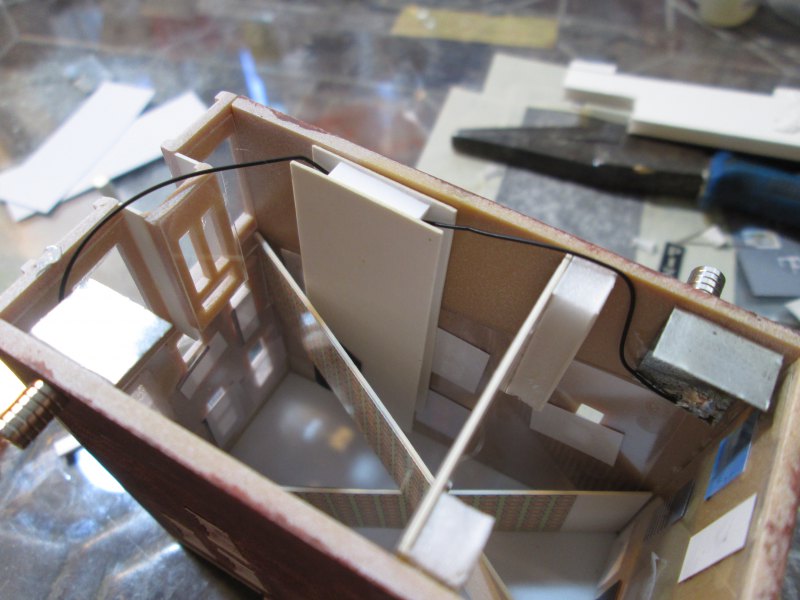 Upon connecting things up to the power, I discovered a few problems. First of all, what looks like a light-fast building really isn't! So a lot of the buildings I needed to liberally paint with thick black paint inside to prevent glowing walls. There are similar problems with gaps around the bottoms of buildings, and where roofs slip on top of buildings. However when I get it right, the result is pretty cool: 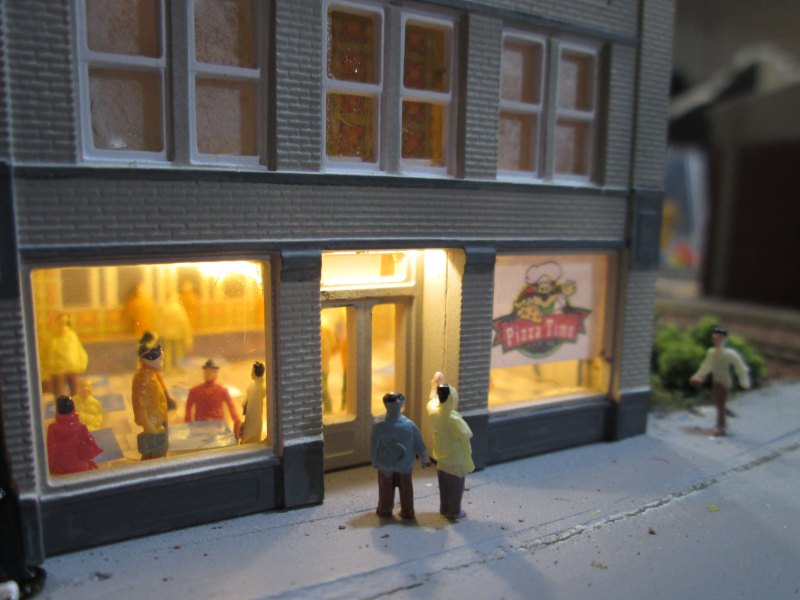