Birth of a new module: Ranuska

There is much to celebrate here in Utrainia at the moment, be it the crowning of the Queen of Utrainia, the start of a new year, or first anniversary of the founding of Utrainia. And to celebrate, the citizens felt it was time that they had somewhere warm and sunny to go and bask, somewhere with a beach, and nice hotels, perhaps somewhere nice to eat, and naturally with good railway connections.

And so Ranuska is born, named in honour of the new Queen of Utrainia. It is a balloon shaped loop, a small peninsula of land surrounded on three sides by sea. Like many Soviet-era seaside towns, it has seen better days, however some of the old grandeur still remains. The tracks may be a little overgrown, and weeds are sprouting between the cobblestones, but that grand "communism will conquer all" attitude in their architecture is still there. The town is nearly tropical, which you may think is an oxymoron for the USSR, but I draw my inspiration from a real place: 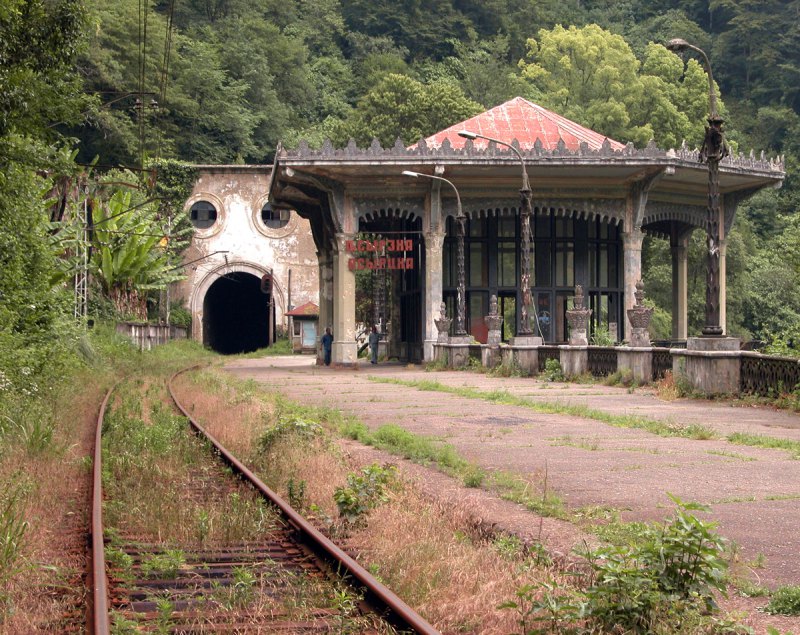 This is Psirtskha Railway Station in Abkhazia, part of Georgia and bordering the Black Sea. An interesting place. Abkhazia is, mostly, part of Georgia, which itself was part of the USSR. Abkhazia however has declared independence from Georgia, and blown up the railway bridge connecting the two regions. Many people have fled Abkhazia since the war in 1992/3, and now a general air of neglect and abandonment surrounds the area. Back when Georgia was part of the USSR, great emphasis was placed on railways and much of the network was electrified. However with links severed and a civil war raging, the railways were quickly overgrown and vast yards of electric trains rusted away. It all makes for great photos and there area several pages of great photos on English Russia.

Psirtskha railway station is located in the Psirtskha gorge, and actually juts out over a small lake. It was built by monks from the nearby New Athos monastery. The monastery dates from 1874, after fears over the Ottoman Empire caused Russian monks to seek a new home. They also built a small hydro electric station around 1900 to power the monastery. Civilisation in the New Athos area however has existed since the third century, and has hosted Greeks, Byzantines, Georgians and Abkhazians throughout its long and colourful history.

The area has recently seen a resurgence of tourism, and the line seen above has since been relaid with brand new concrete sleepers. From what I gather it was actually repaired by a Russian military unit that specialises in rail transportation, who exist since rail plays such an important role during war time. The line now sees a weekly passenger train from Russia full of tourists, who come to visit the caves of New Athos. The cave is one of the largest in the world, and features its own metro system!

For such an interesting region, it is unfortunately well beyond the means of most people to visit. Abkhazia as a country doesn't exist to the rest of the world, and the border crossing is apparently impossible for anyone without a Russian passport. Then of course there is the language barrier, ongoing tensions, and unstable relations with their neighbouring countries.

Enough history lessons however, and on with the module. I sketched out some designs over the Christmas break and decided on the features I wanted:

With these ideas I came up with an idea for a small loop module. Since it would only host small trams and very short trains, the curves could be more severe, letting me get away with a full reversing loop. Small trams meant sea side stations and paved track, possibly even a station stop for the hotel. 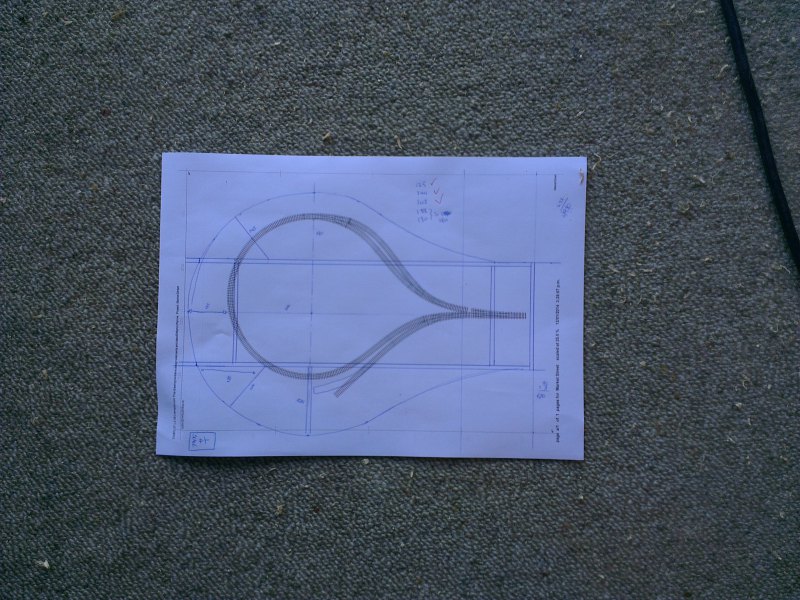 In a frenzy of building I quickly built up a frame: 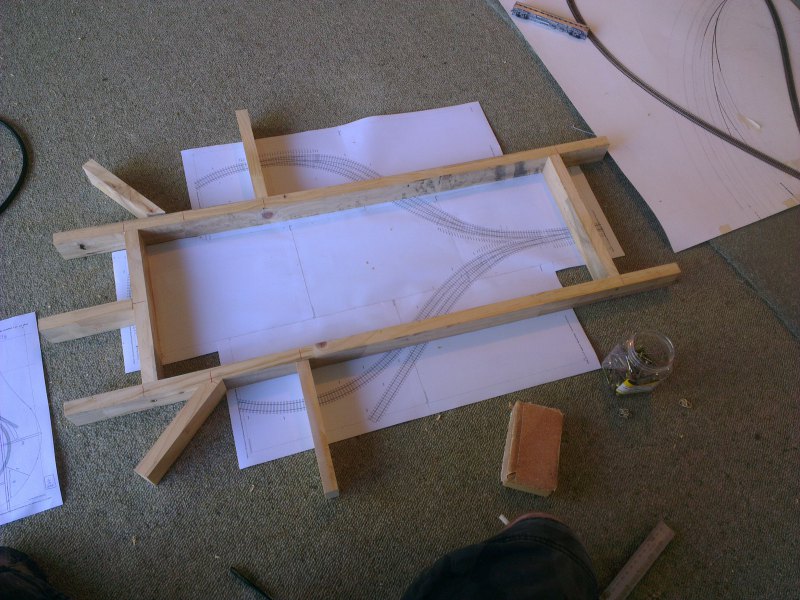 And then cut out a plywood track base: 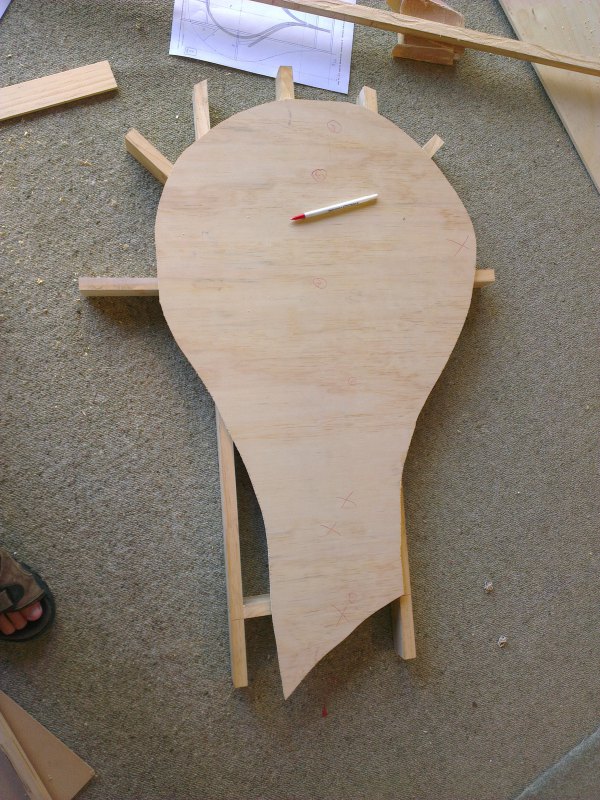 I made up some spacers from 20mm wood to raise it off the base and screwed the base in place. The table saw was then pressed into service and ripped up a bunch of sides from 3mm MDF from the ever changing Ply Guy, who this time had sold out of the dimension I needed and only had shorter lengths. Oh well.

I then glued and screwed the edging on, having learnt that this is much easier done at the start of the module than at the end. 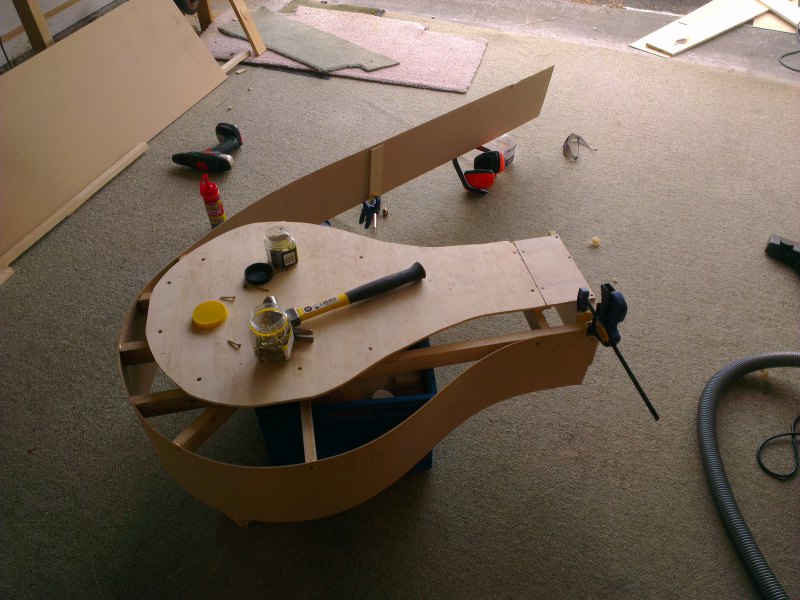 A few more supports for the edge were added on underneath later on: 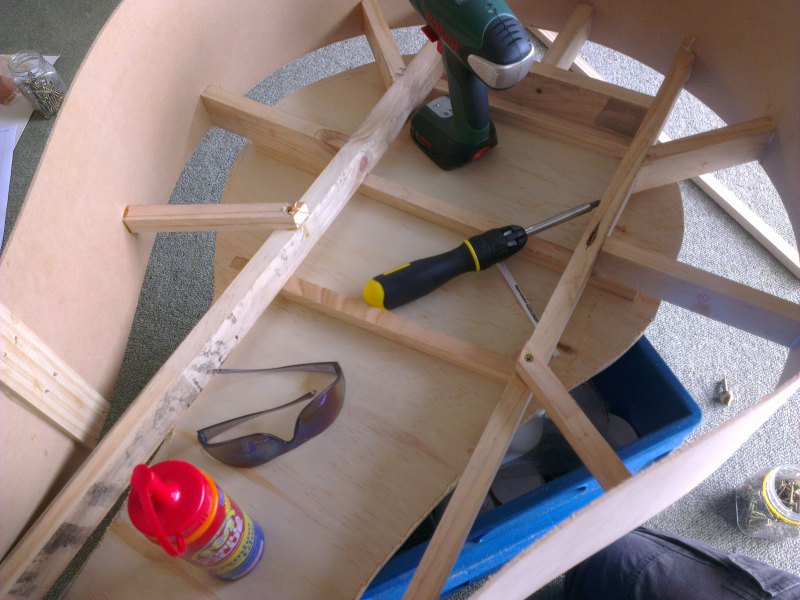 Then it was time to add some sea: 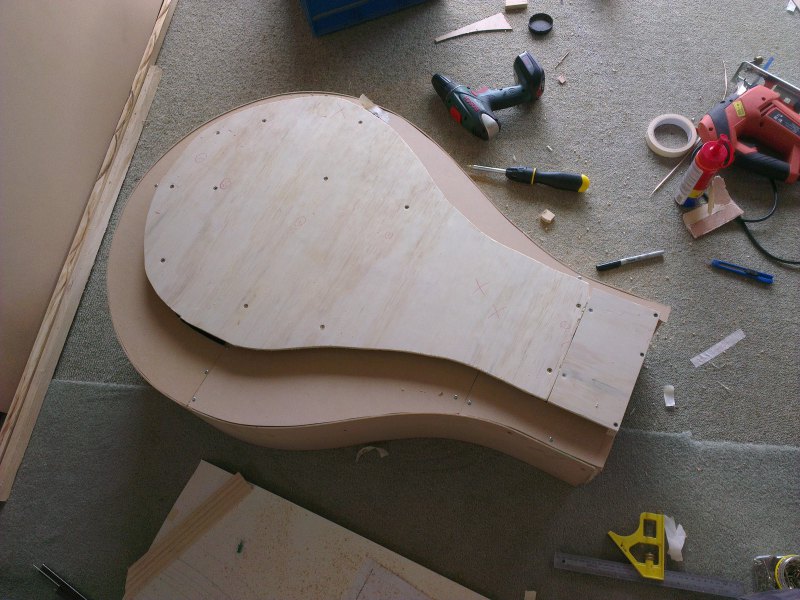 This was made from more 3mm MDF. Gaps were filled ready to be sanded smooth. 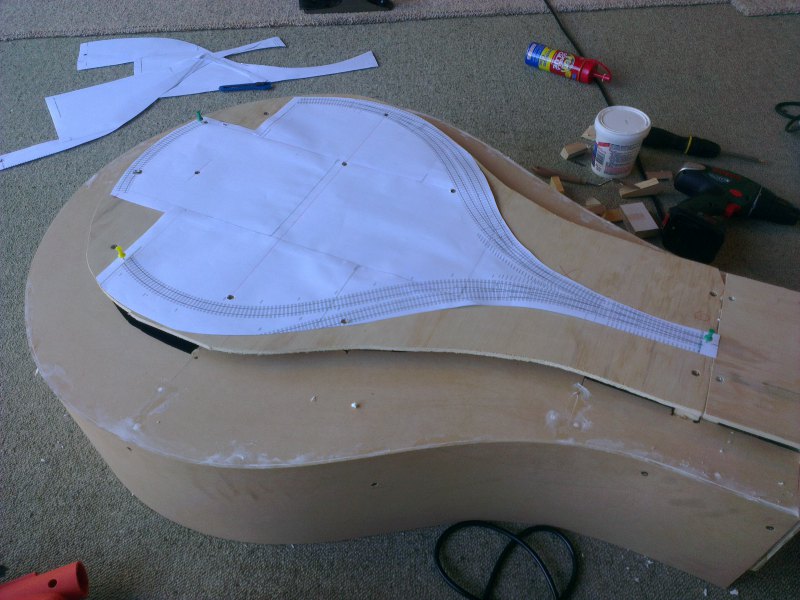 The area closes to the camera above will be the main beach area, and is going to get a nice stone beach wall. I made a start of this from some more MDF, curved into shape. 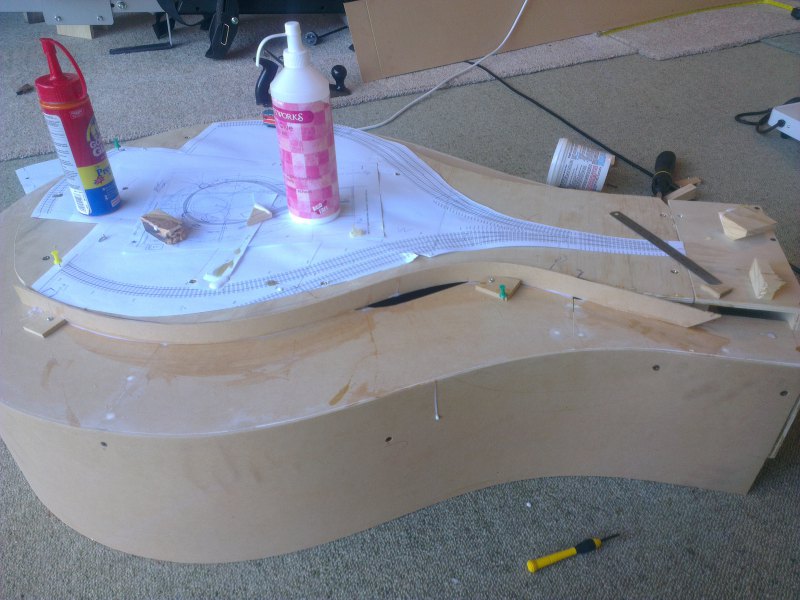 I will then build up the beach area in front of this with foam and plaster. The track behind will be paved with cobblestones so that beach goers can easily disembark from their trains to reach the beach.

The next step should be track, however I am out of rail and so will have to wait for fresh supplies to arrive. In the meantime I have been building a tunnel...