Today marks one month and one day of marriage, and so to celebrate a national holiday was declared for all citizens. Much was achieved today on several of the projects I currently have on the go.

Exciting progress has been made here. I have been busy casting and cleaning up the window assemblies, as for some reason each casting tends to include a few rather visible air bubbles, requiring quite a bit of cleaning up and filling. I've been working away on that when I have time, and today I had enough to move onto the next stage: assembling it.

I started by designing a cutting template for the floor, to ensure everything was correctly angled and formed a smooth circle. Autodesk Inventor made short work of that. Once I'd cut out the pattern in styrene I set about arranging the window assemblies. Luckily it all went to plan and soon I was looking at this: 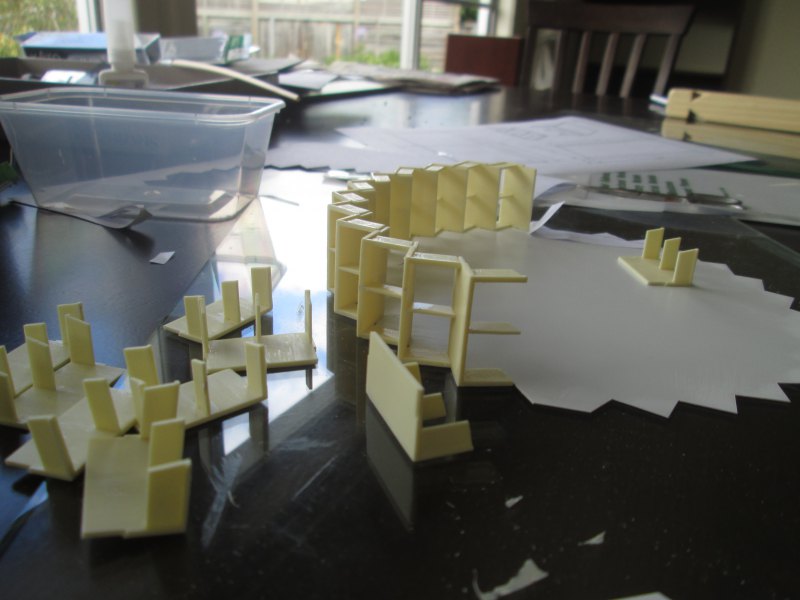 ... which is pretty much exactly what I was hoping it would look like. I've now nearly completed the bottom layer. Then I'll have to go through and add windows to each room, a balcony, and light proof the whole thing. Still lots to do yet!

A fairly central feature of this station are the Greek columns. I pondered how to achieve this effect for quite a while, until suddenly the answer came to me today.

Step one was to make a jig. This was quickly cobbled together with my drop saw (for some nice square cuts), my drill press (gang-drilling some holes to ensure they were at the same height), and a bit of 5 minute epoxy to hold it together.

Step two is to insert a styrene tube, with a needle down the middle to stop it flexing. 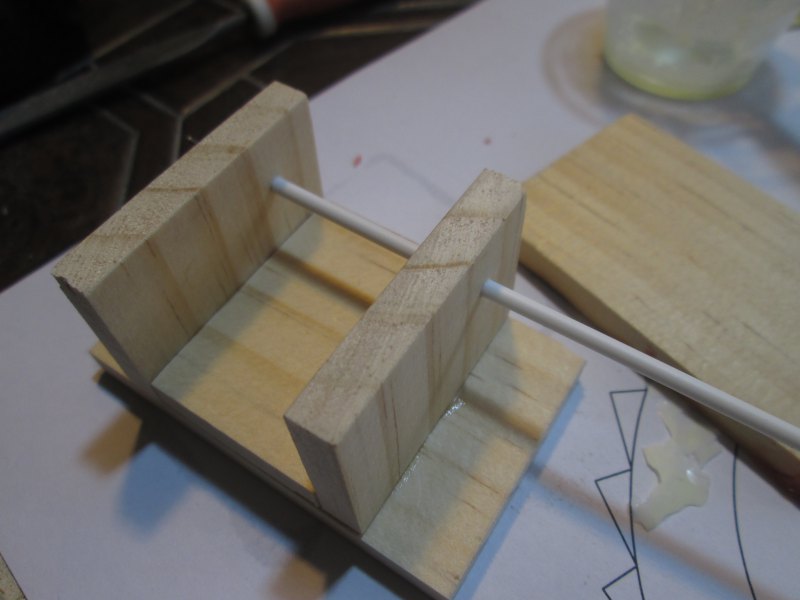 Step three I loaded it into the CNC machine and clamped it in place, then ensured it was flat and parallel with the X & Y axis. 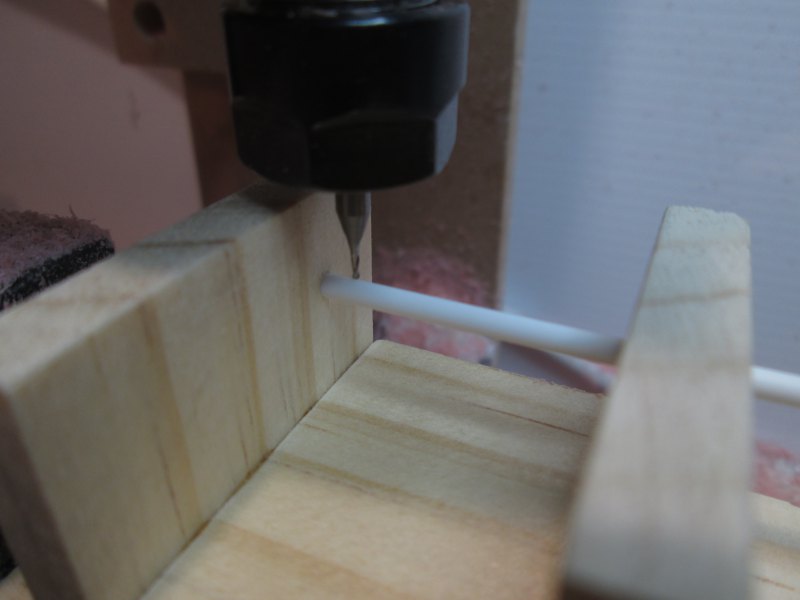 Step four I loaded in a 1mm ball end mill, zeroed the machine on the surface of the rod, spun up the spindle and did a test cut at 0.2mm depth. Initial results were encouraging so I did a few more and everything looked good.

Step five I wrote up a quick GCODE cutting file to:

And so I let it run, rotating the piece each time the head was going back to start again. I taped some paper around one end of the tube with 10 lines at 0.8mm spacing â€“ this ensured that each time I rotated the tube it was rotated by the same amount. 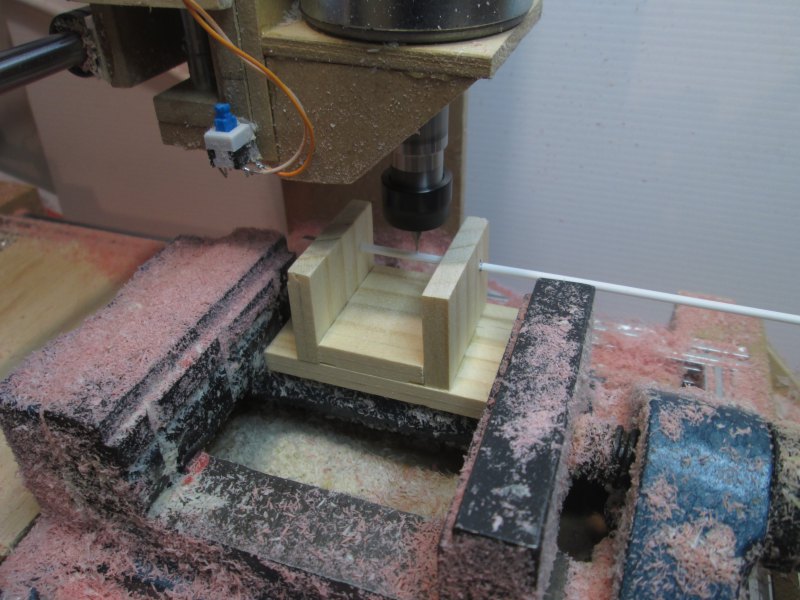 I let that run and soon I had six Greek columns. They're pretty hard to see anything on, being unprimed shiny white plastic, but it you look hard enough you can just see the lines here: 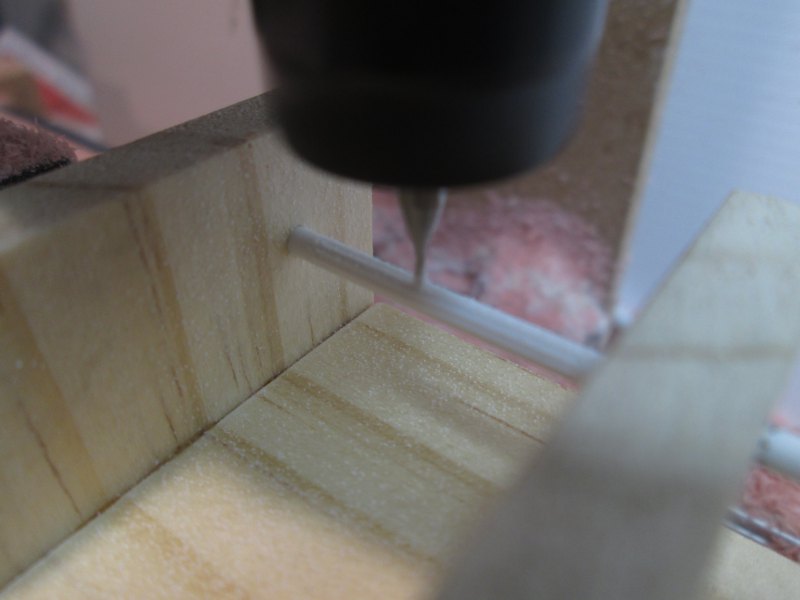 With the columns solved hopefully the rest will be a bit easier.

The Das has dried on my beach wall and so today while Mrs A did a paint-by-numbers, I decided to carve in the rocks. I used a damaged 0.1mm 10Âº PCB engraver mounted in the Dremel, which made pretty short work of the Das. I had to use the Dremel itself rather than the flexible extension, as the extension has too much play in its bearings. 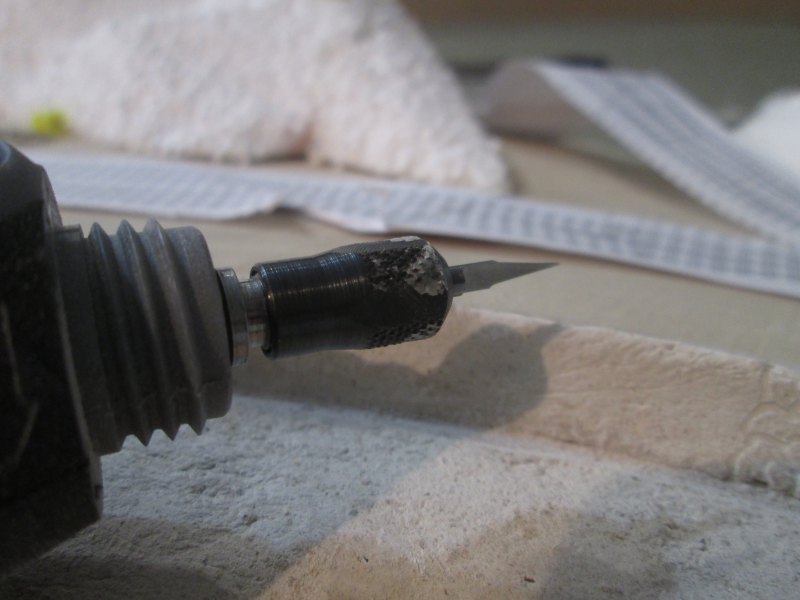 What I wasn't counting on was how much dust it makes; as soon as I made a cut, the cut filled up with dust and was invisible! 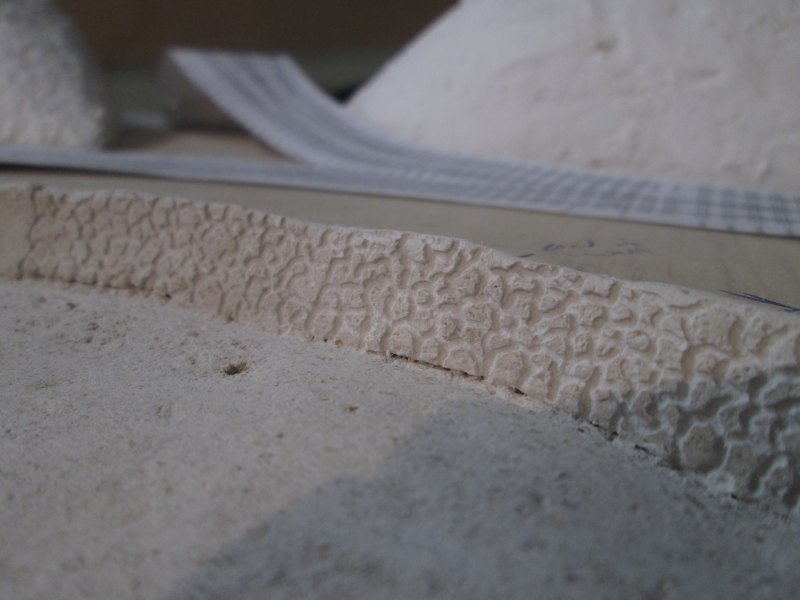 I took a sanity break in the middle, but it only took an hour or so to do the whole beach wall. A quick scrub with a plastic brush cleaned out the dust and smoothed out the edges; I'm quite happy with the results. 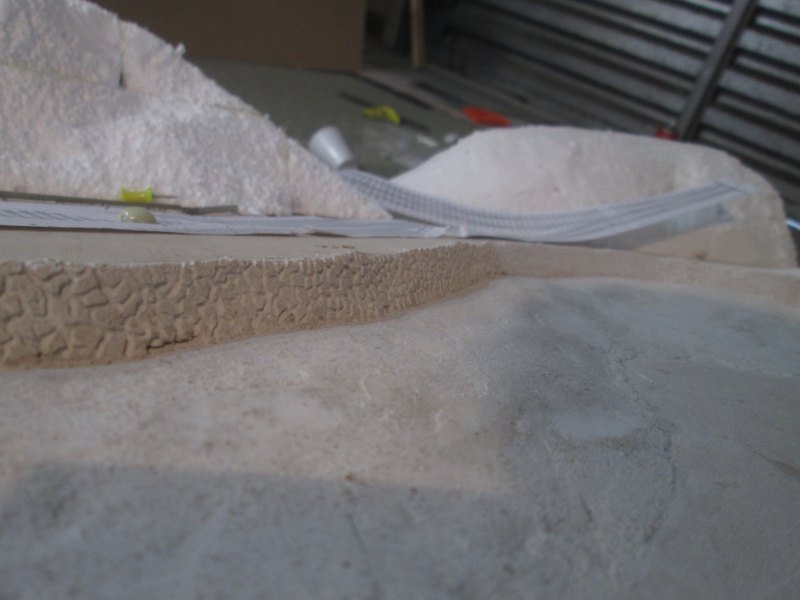 I also got some more rocks carved today. Usual process: slop on plaster, wait till it starts to set, and pick at it with a sharp knife. End result: 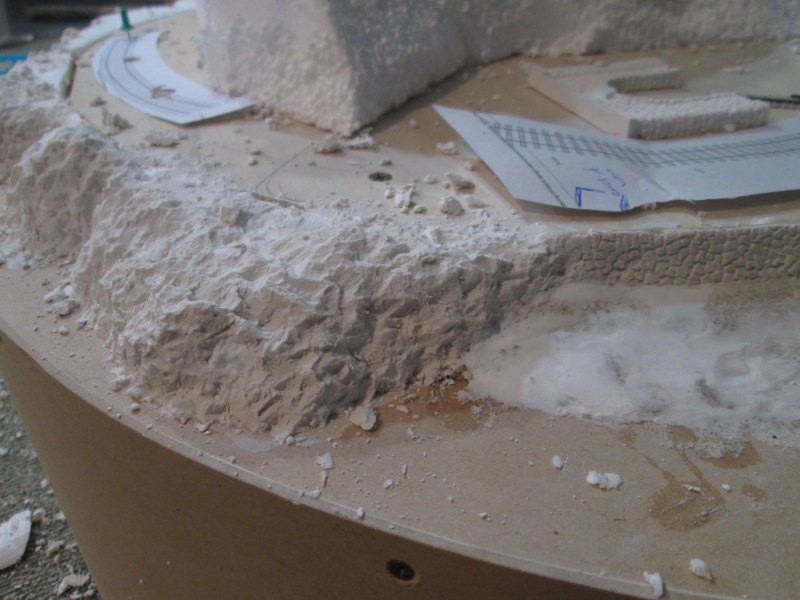 I'll need to stick on some more rocks in the sea, no coastline is that smooth.

In the trackwork department, I hear that my track and sleepers order is nearly ready to start being made. Sigh. Hopefully it'll be with me in another week or two.

The buildings of Ranuska
A quick workbench update