With the lack of communication you may think nothing is happening in Utrainia, but that isn't quite the case. As usual I have a few pots on the boil.

First of all, a new arrival! A little wee tram recently turned up in a box from Japan, and delightful it sure is. As usual for Utainia, the international theme continues, and this tram is no exception. It is a German tram, gifted to Hiroshima after the war. Now it is running in the vaguely New Zealand setting of Raparapa, passing British and American cars, while French trains scream past on the other track. 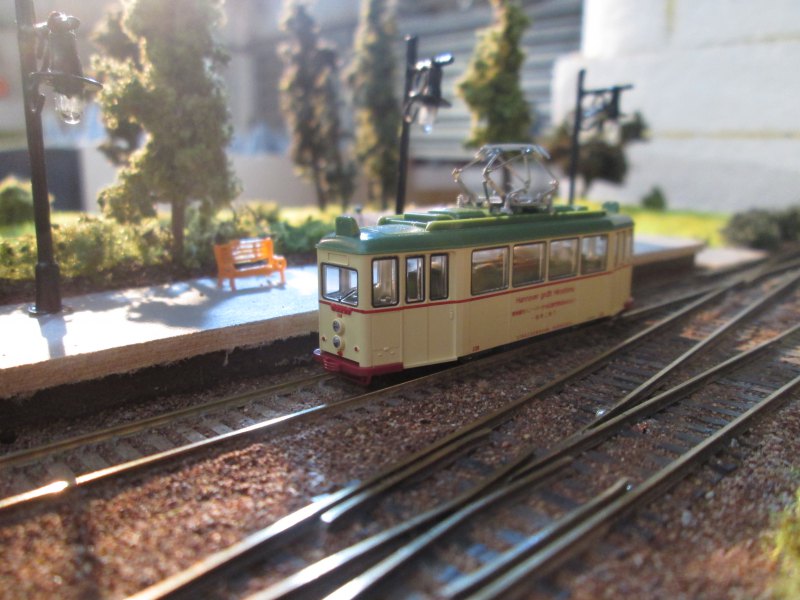 I have also been playing with a halogen bulb for photography, which emulates the strong shadows of daylight very nicely.

Meanwhile, a huge truckload of our stuff from Christchurch arrived; amongst it is the best new addition to the garage in quite some time: 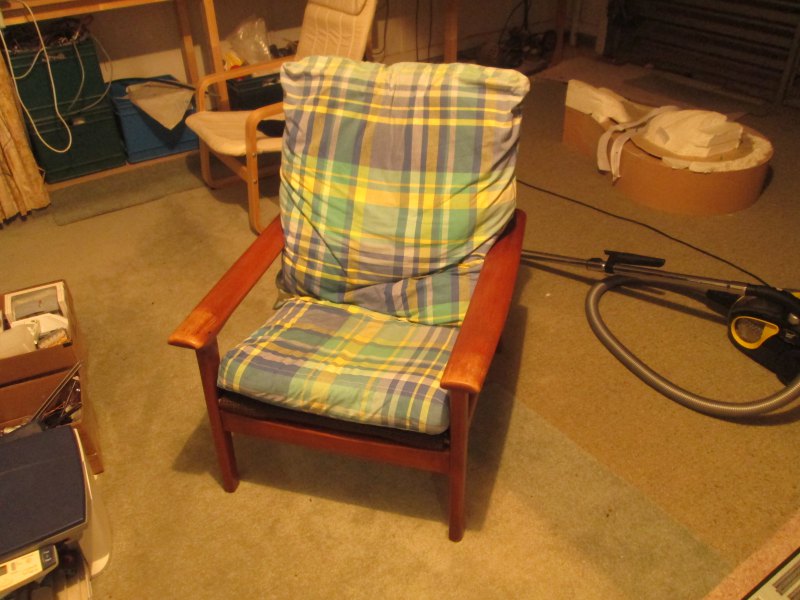 Tiger has already claimed it as his.

The Druzhba Sanatorium continues slowly. I've fixed my casting troubles and am now getting 95% success rate with no bubbles or holes, and only very quick clean up needed. The first floor is progressing well with all the window assemblies in place, and a nice strong lump of MDF glued inside to stop the thin floor from bending. Here it is being weighted down by three spare hard drives... a very Michael solution. 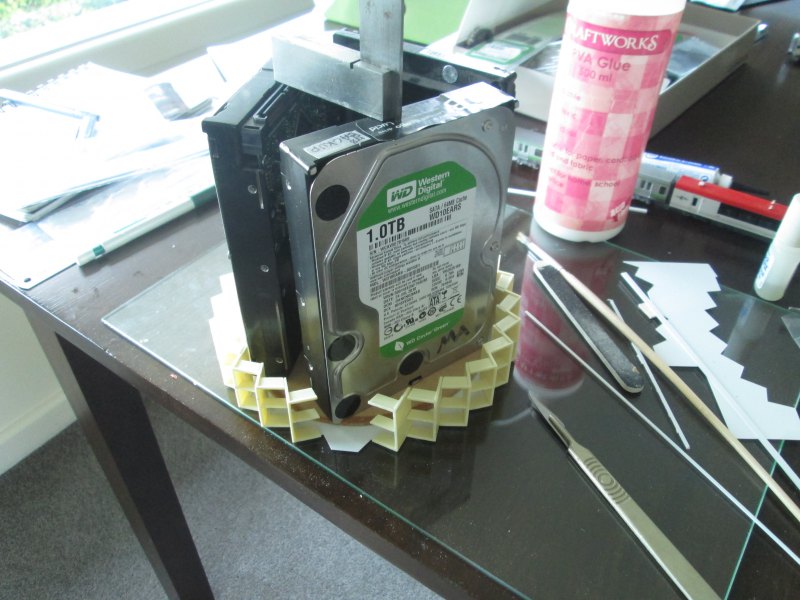 Ranuska continues slowly, today I put on the end fascia: 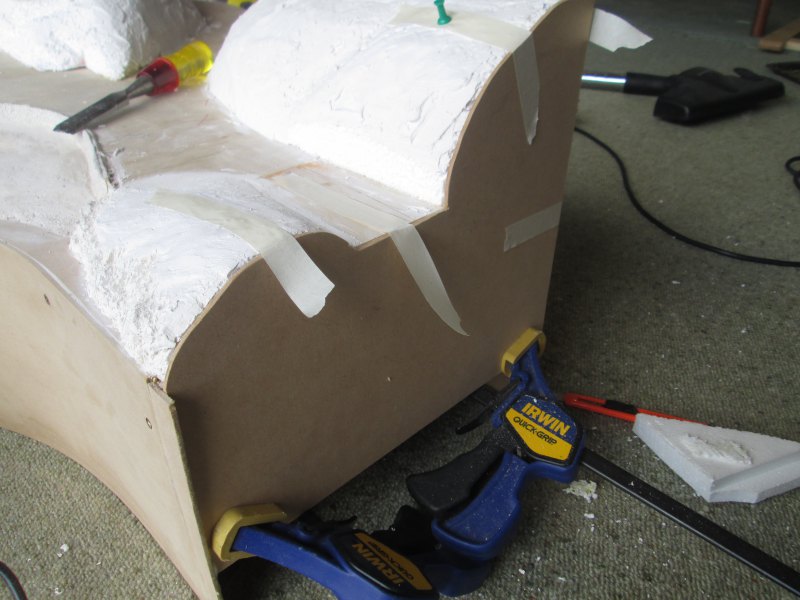 Then I thought a bit about what the terrain should look like, and decided a retaining wall would be needed where the track enters the module. So I got out the saw and corrected the hillside a little: 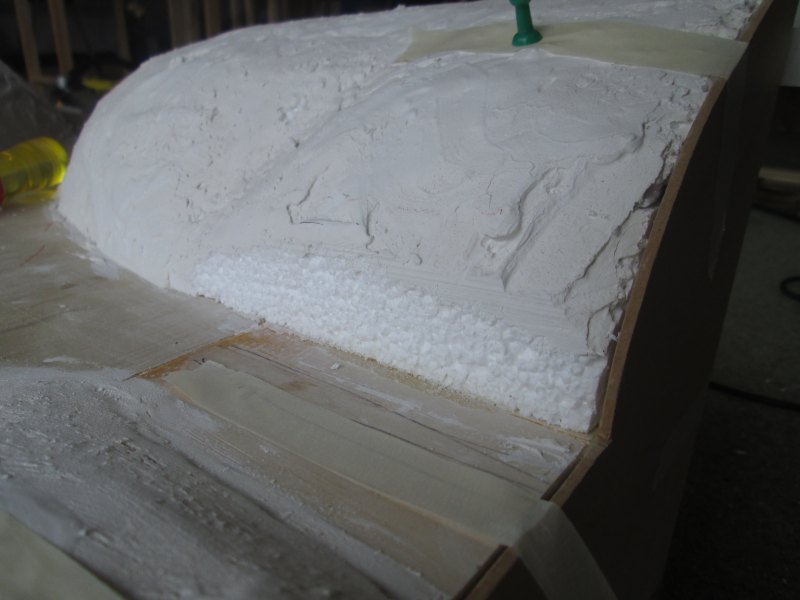 Then I cut out a lump of thin MDF to the right shape, slathered on a thin layer of glue and stuck on a strip of DAS air-dry clay. I squished it nice and flat against a sheet of glass, and then in a moment of inspiration I pressed some 80-grit sandpaper softly into the surface. The resulting texture is subtle, but excellent. I think I've just discovered my future roading material.

I left the resulting wall outside to dry in out beautiful hot sunshine. An hour later it was dry and I ruled in lines for brickwork. I made up a scoring tool from an old paint brush handle and with a sewing needle stuck in the end. I scored along my lines to make the horizontal gaps between bricks. I tried doing the same for the verticals but it didn't do as good a job, so I went back to the Dremel with a brand new, extra sharp 0.1mm tapered engraving bit. This made very quick work of the DAS and soon I was looking at this: 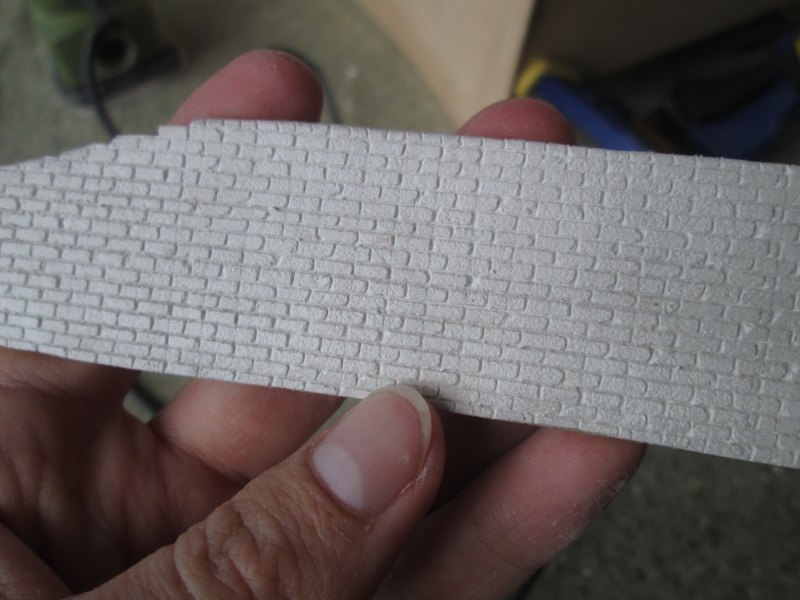 I went through and broken off corners of a few of the bricks to make things look a little rundown. The edges will be covered with lots of bushes, and the bricks will have ivy growing over them in lots of places. I'm pretty happy with the result, now I just have to work out how to paint it.

The beach is coming along nicely, and today I filled in some more of the gaps: 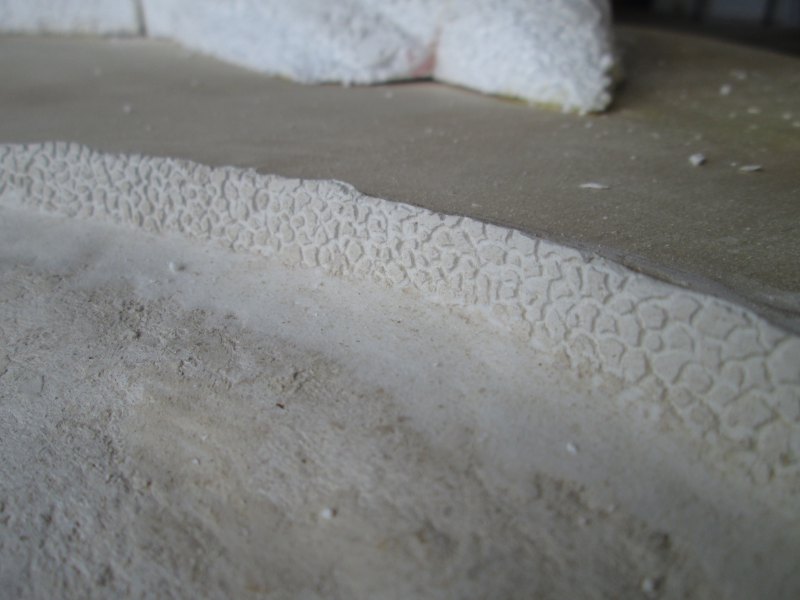 I also completed the rocks along the sea shore. Now I just need my track to turn up so I can lay the tunnel. I've been waiting nearly a month, for a package from Wanganui! Apparently school holidays etc played havoc with delivery times, but this is getting ridiculous.

While I wait for my track, I've been thinking a bit about my city scene. I figure I will need a lot of platform edging, which sounds like a job for a mold. Since I'm making a mold, I might as well make the master really detailed. So I thought to myself, "I wonder if I can make the edges have those bumps that real stations do?" Half an hour on the computer and I had an array of dimples, which MeshCAM very quickly turned into a cutting profile for my CNC machine. It took a few goes to get the depth setting just right, but here is an example of what I was doing: 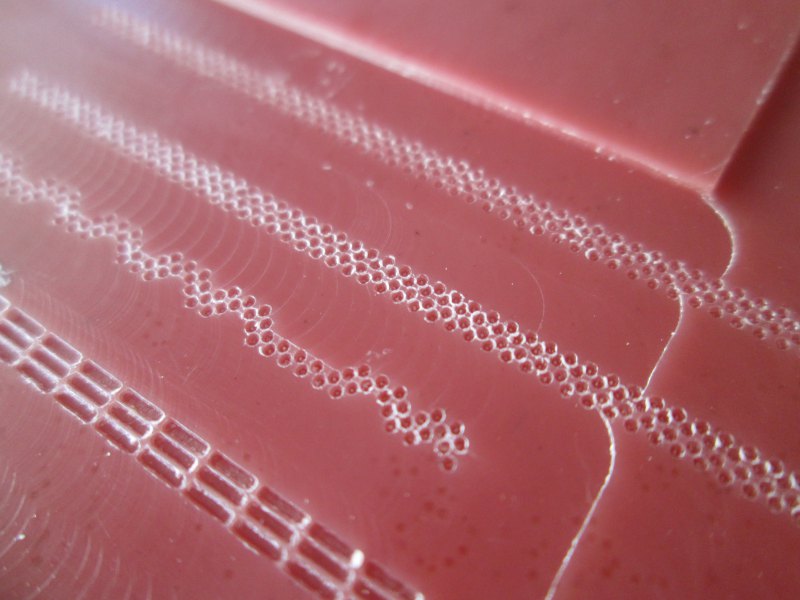 These holes are too big, but you can see the effect. By drilling a precise array of little holes, then casting resin over the top, I'm left with a row of raised bumps; perfect for a platform!

So that's the news from Utrainia. Till next time... 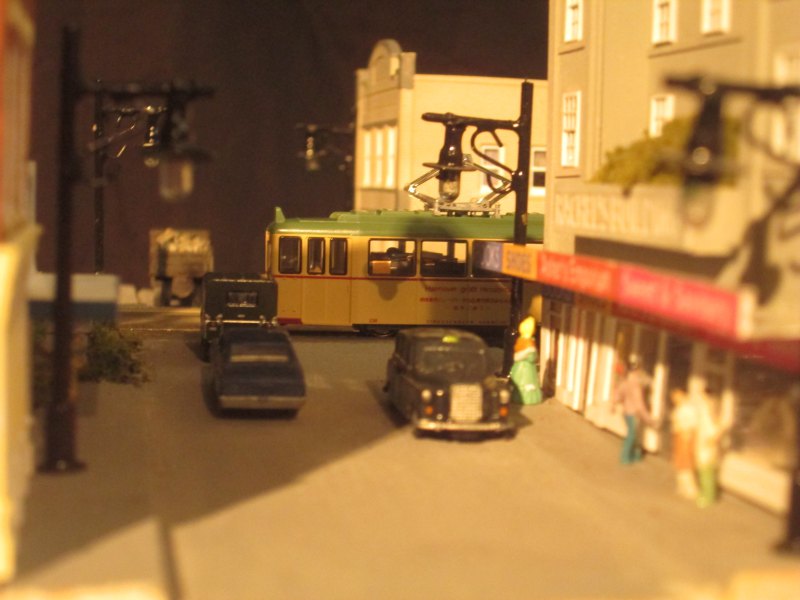