After yesterday's amazing effort, I was pretty sure I could knock off the rest of the trackwork today. And indeed I did.

First up was laying the regular track between points; this wasn't too complicated, just a bit fiddly making the outer and inner loops an even gauge. Once that was done I set about laying the inner rails around the beach area: 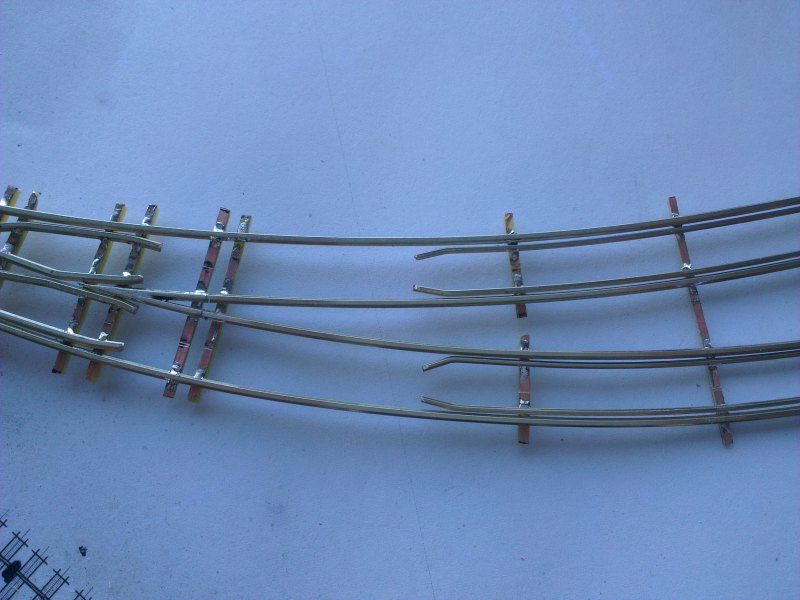 These are slightly smaller rails that sit inside the regular track. I will fill between the tracks with DAS and scribe in cobblestones. By having the smaller rails on the inside I won't have to worry about keeping the DAS out of the flangeways, and it'll look more like tram track too.

Once that was done, I did an electrical test. This showed up numerous shorts. Each one had to be tracked down and fixed. After half an hour of fiddling I had everything isolated correctly.

Since the loop forms a reverse loop, I need to isolate the whole loop, otherwise the + and - rails will end up looping back and connected to each other. I solved this problem by cutting a gap all the way through all the rails, right where the wye starts. This posed a bit of a problem... if I cut all the rails all the way though, what will keep the tracks together?

This particular problem was solved by gapping a big lump of PCB material and soldering it across the join. Then I cut through the rails with a jewelers saw, did a test, and yep, all isolated! 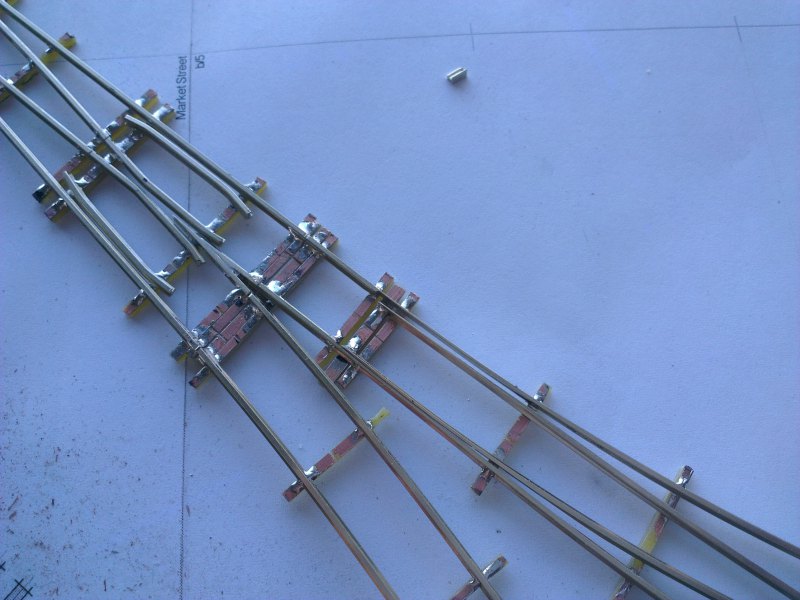 Now it was time to see if it actually fitted on the module... 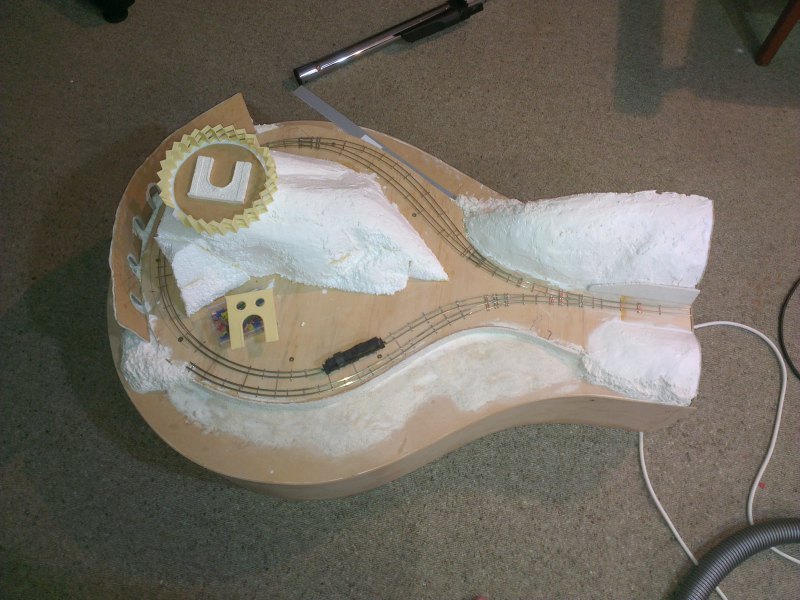 Success! Well almost... I need about 1cm more straight track where it connects to the other modules, but straight track is pretty easy to make up so that won't be a problem.

Next step is to lay the sleepers... watch this space?