An important occasion requires a celebratory train, so two carriages were duly ordered and shipped over to Utrainia, months prior to "the occasion". The carriages were prepared in top secret, first with a coat of deep maroon paint, which unfortunately came out more brown than maroon. Then it was time to name the carriages. 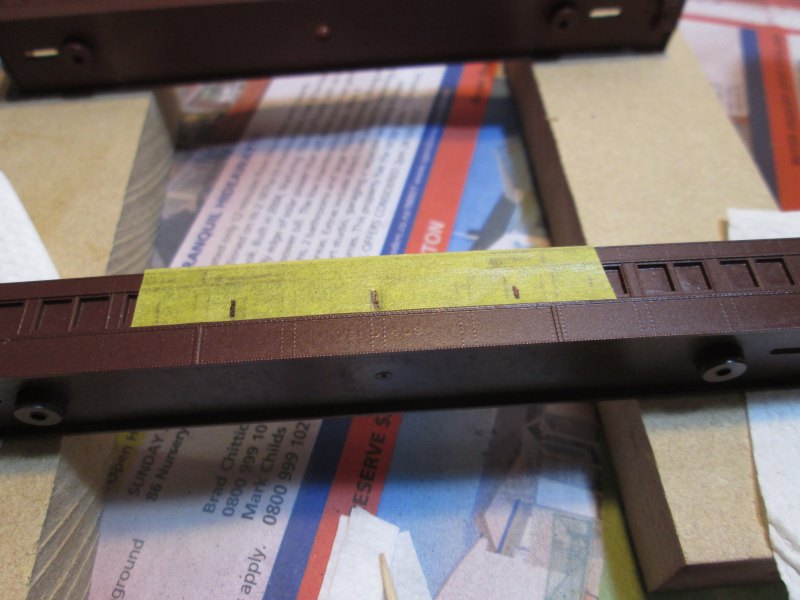 First of all some guidelines were added to the carriage with some masking tape. Then the decal letters were cut out and put in a dish of water to soak for a minute: 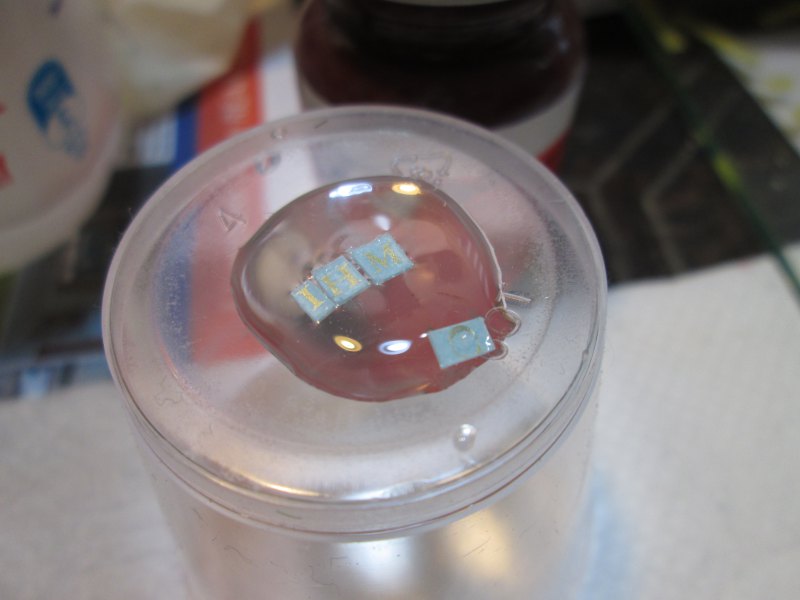 Each letter is then fished out, dried on a paper towel, and the with the aid of a very fine tipped brush, transferred onto the coach. 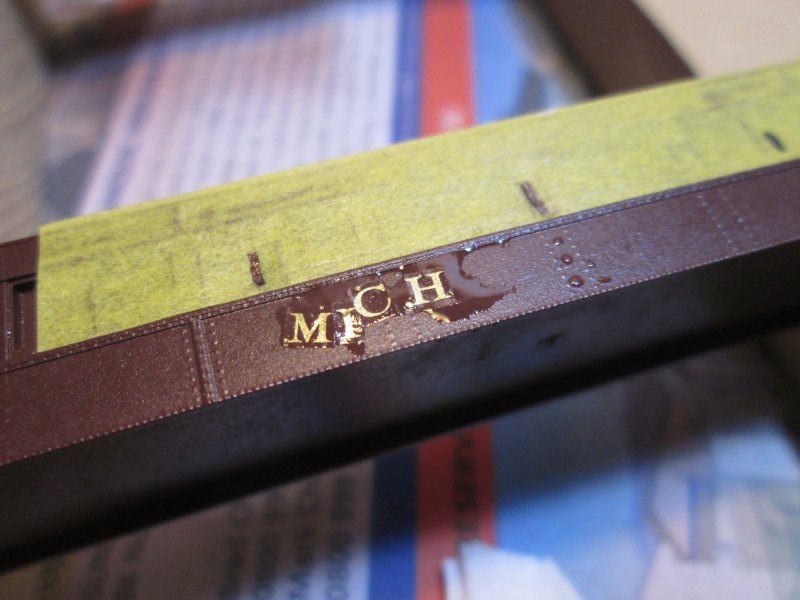 As you can see, a bit of a mess! Using the paint brush I then carefully pushed each letter into place. Once in position, I use the corner of a tissue to gently suck up any water. 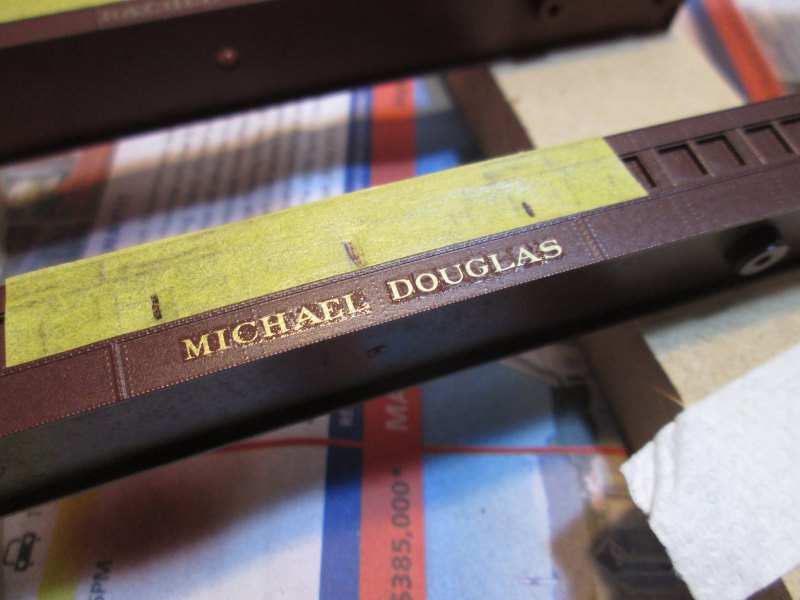 It's quite a trick to get the words centered, and correctly kerned, that is, the spacing between each letter. But I persevered and after an hour had both carriages done: 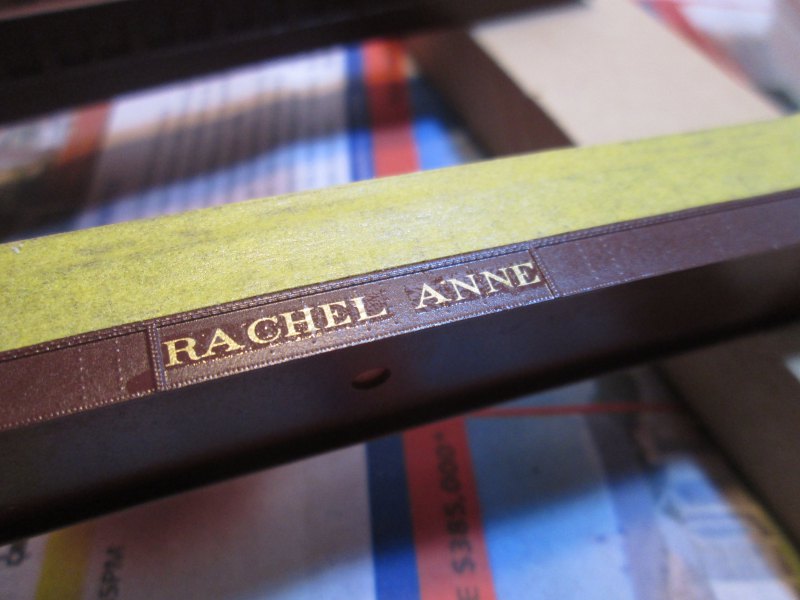 I will confess that I cheated a little and have actually only lettered one side of each carriage! Activities as exciting as this need to be moderated. 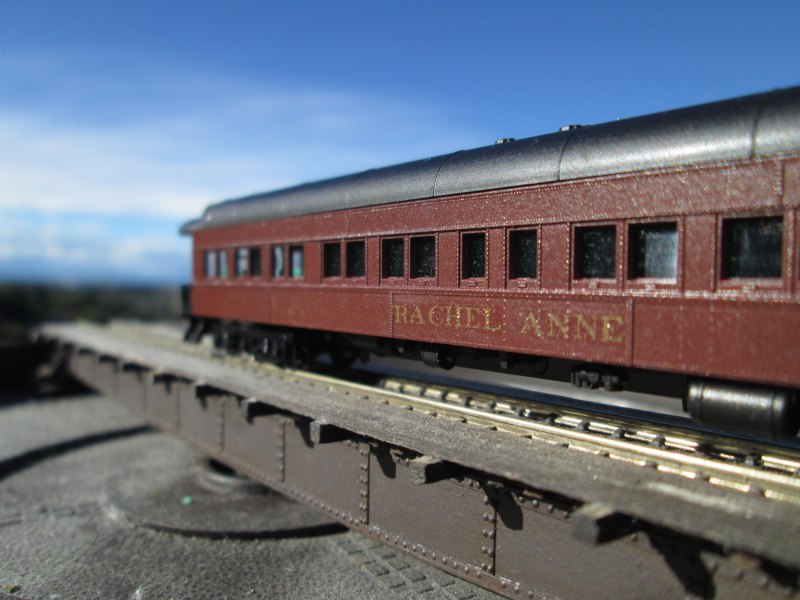 Once I've done the other side I'll give the coaches a goat of matt varnish which should nicely hide the edges of the decal paper.

Once the carriages were painted up, I quickly assembled them. Next up was the steam engine, a rather cute little 2-6-0 steam loco. This didn't require any special preparation, being suitable for use straight out of the box, err, shipping crate. 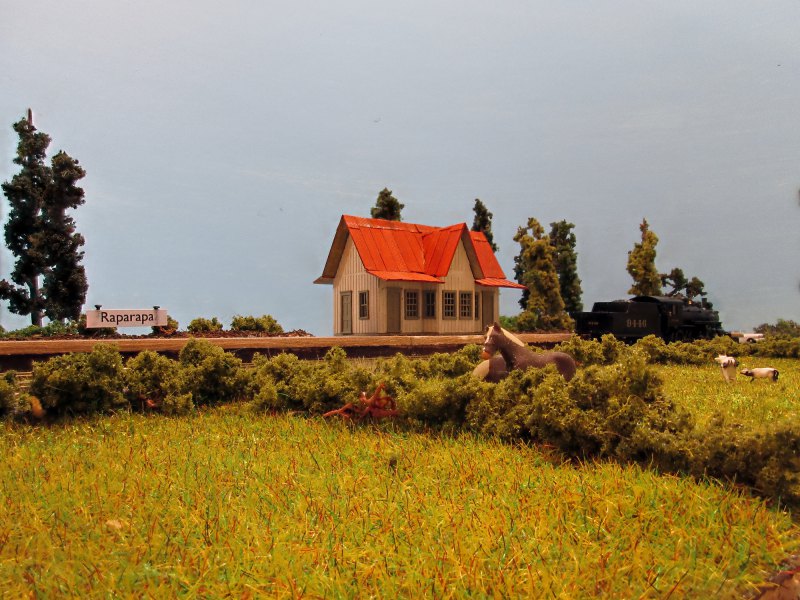 There was one unfortunately oversight... the station platform hadn't been checked for clearances! So when the test train ran into the station, it quite literally ran into the station! This was quickly fixed with a very large plane shoehorned into very small space, followed by the Dremel with a sanding disk to tidy up the rough patches. The repair crew still hasn't gotten around to repainting the edge of the platform! 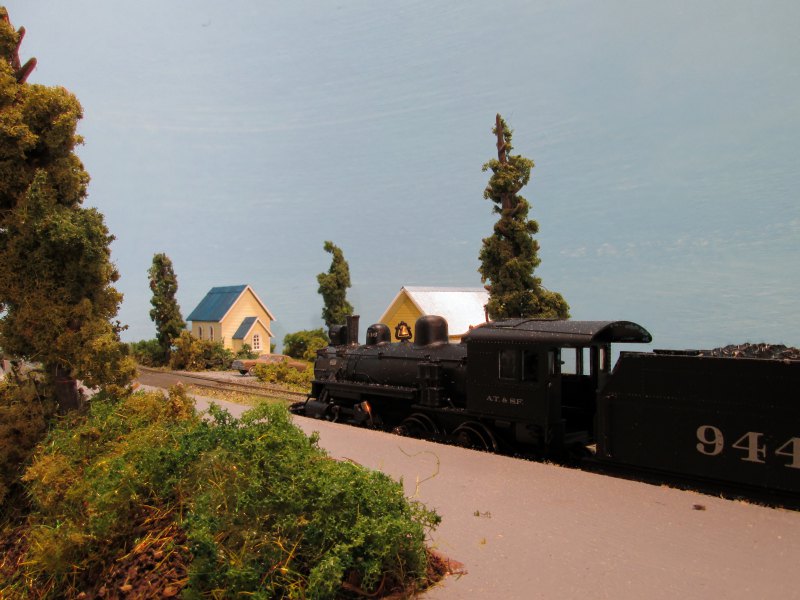 With the platform fixed though, the test train completed its journey, and it was just a matter of time before the Grand Opening special express would be run.

A tidy workbench
The Chopper