So I decided to build an accurate chopping machine! I've seen commercial units, but really how hard can it be? I'd need blade that lifts up and down, a guide to keep things square, and another guide to set the length.

I sat down in front of Inventor and 30 mins later I had a machine all made up and chopping virtual sleepers: 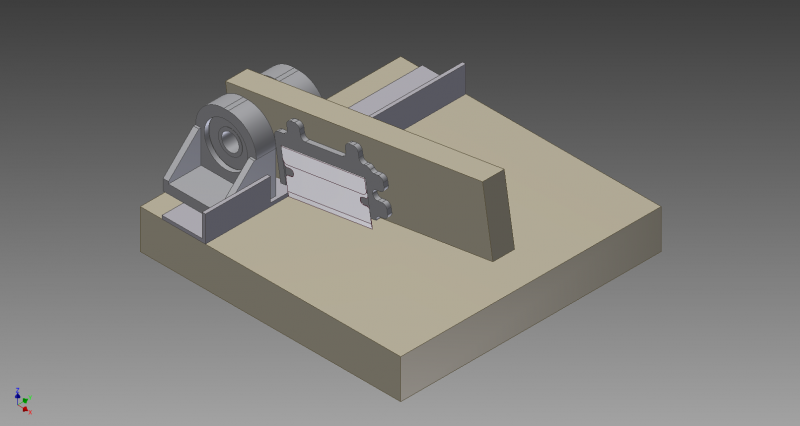 I popped into town and picked up an M8 bolt, nut and washer set, some single edge razor blades, and a bit of wood. Back in the workshop I fired up the 3d printer and printed out the bearing holders. I'm sure you could easily build one of these without a 3d printer, but not that my printer has a new lease of life, I want to use it!

I quite like the bearings holders. They each contain a 608zz skate board bearing, which are dirt cheap and I have a bunch lying around for such projects. 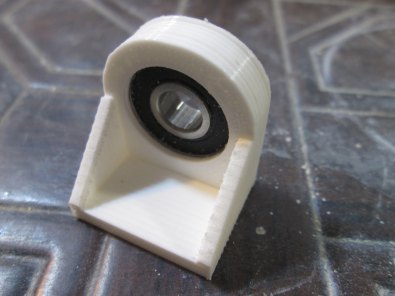 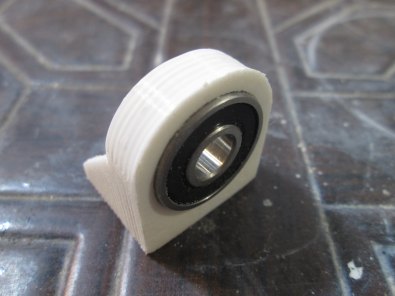 Quality on the prints isn't amazing, you can certainly see lots of strata. But for jobs like this it is great. I had a bit of a job getting the bearings in as they printed a little small, but a few minutes with the Dremel and I could force the bearings into place.

With the bearing holders made up I prepared the rest of the ingredients: 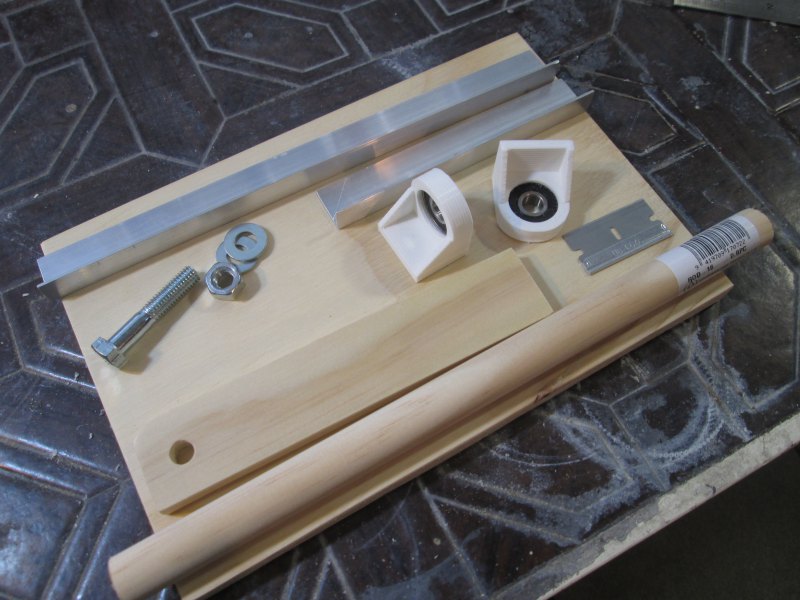 First up I glued the aluminium L section onto my ply base. I cut out a small gap for the slicer arm to go through. Then I assembled the arm and did a test fit: 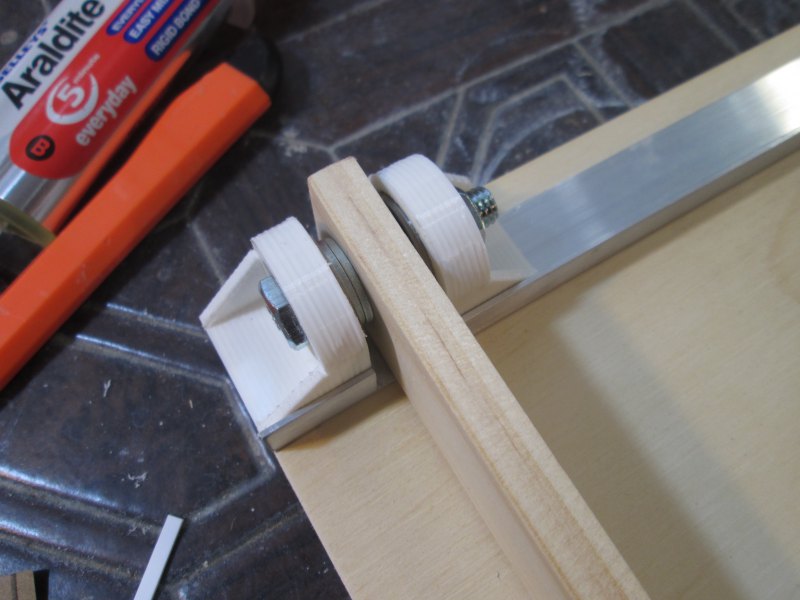 So far so good. I glued both into position, using a square to make sure it was, err, square. 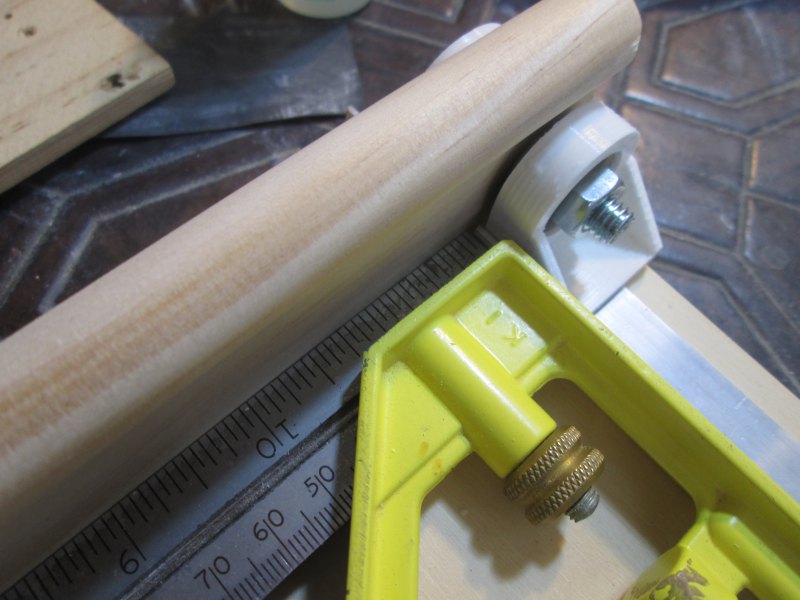 I planed the bottom off the dowel and glued it to the top of the arm at the same time. A couple of screws secured the bearing holders to the base, making sure they wouldn't move even under extreme chopping pressure.

I had printed out a blade holder as well, but my printer is only 97% calibrated and so it printed out 3% too small. Rather than force it to fit, I made up a new holder from styrene. 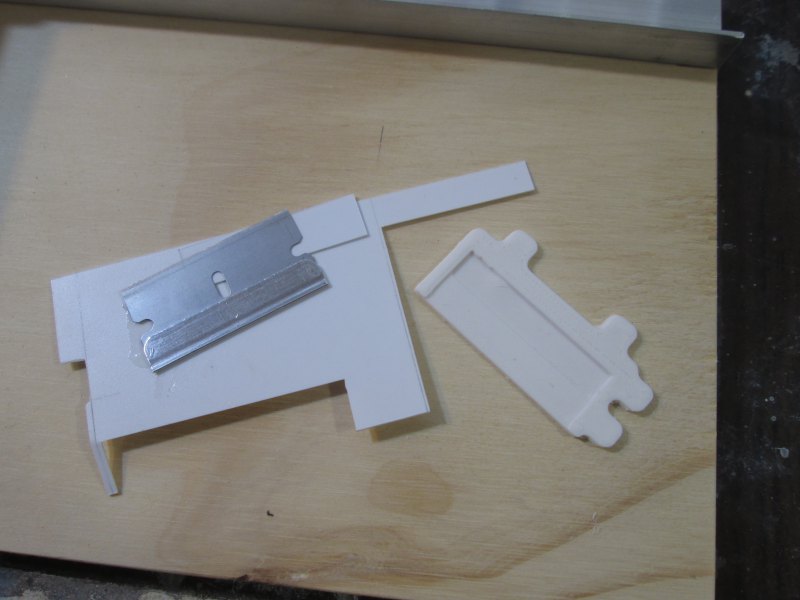 I glued this into place, making sure it was nice and flat and level: 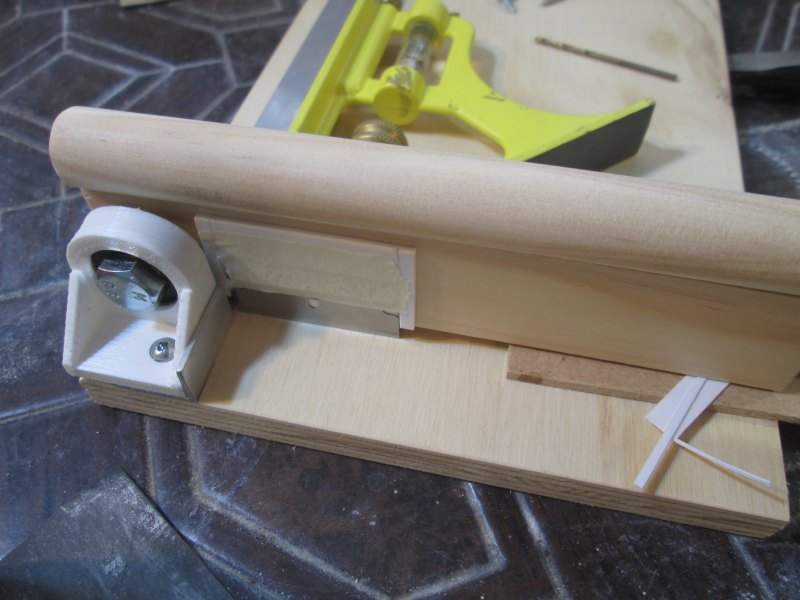 Once dry I screwed the blade to the chopper arm: 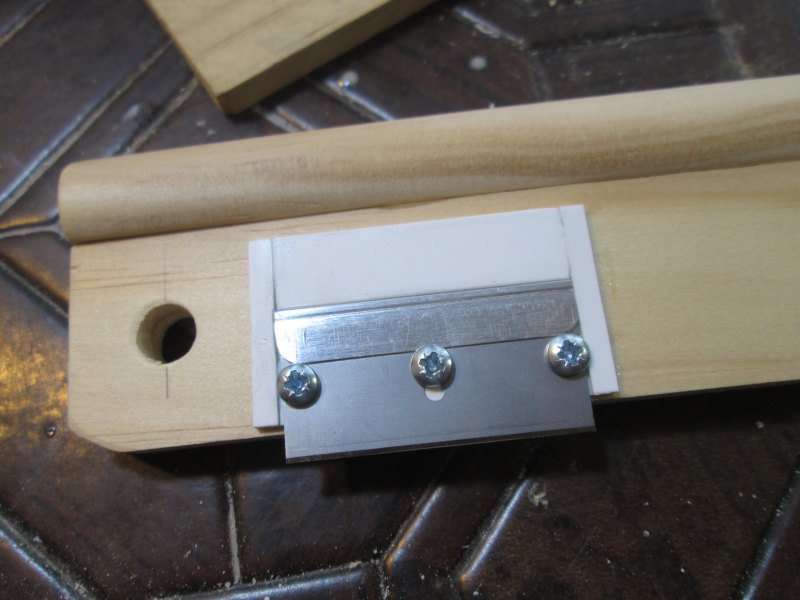 The chopping guide was assembled out of some styrene and more aluminium L section. 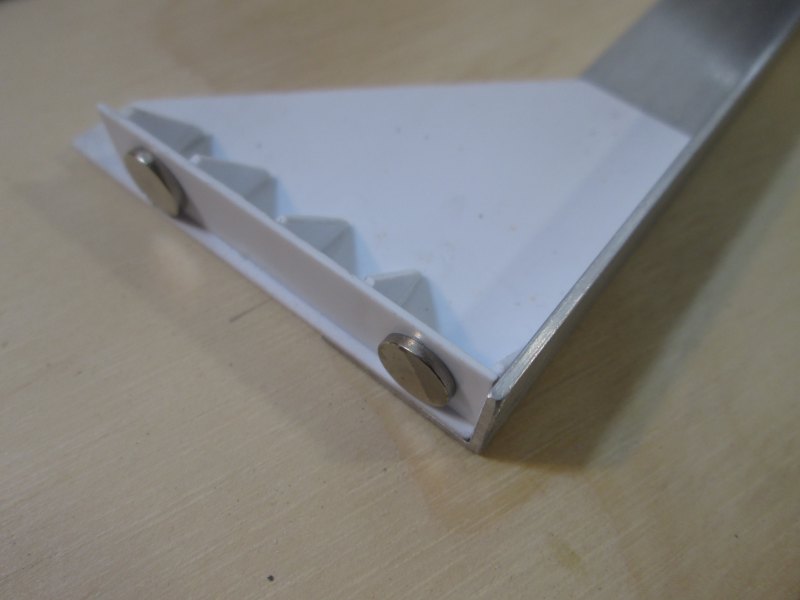 I sunk some screws into the handle to keep it nice and strong. On the underside of the ply base I added some self adhesive feet. And then it was done! If you look carefully you can just see the magnets on the other side of the L section keeping the guide in place. 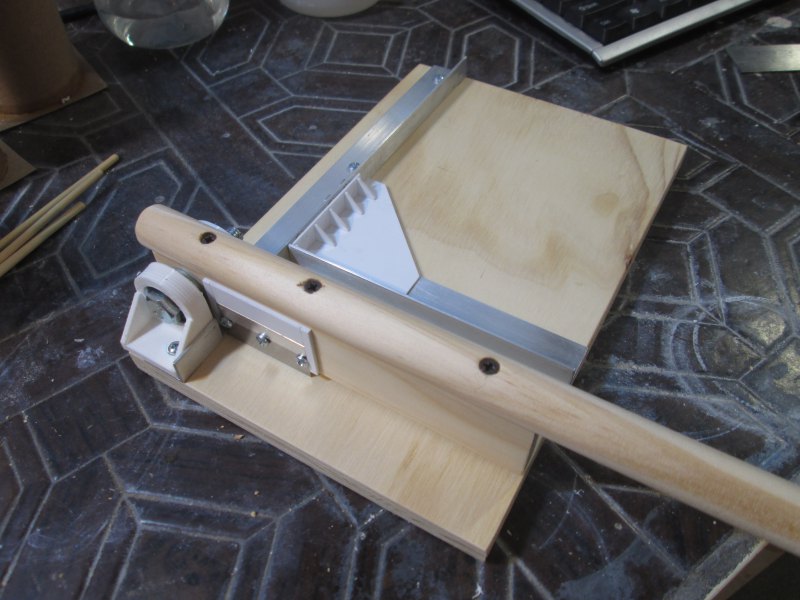 I wasted no time before testing driving it. I have a lot of sleepers to cut for Ranuska, so I grabbed a bundle of strip wood and set to: 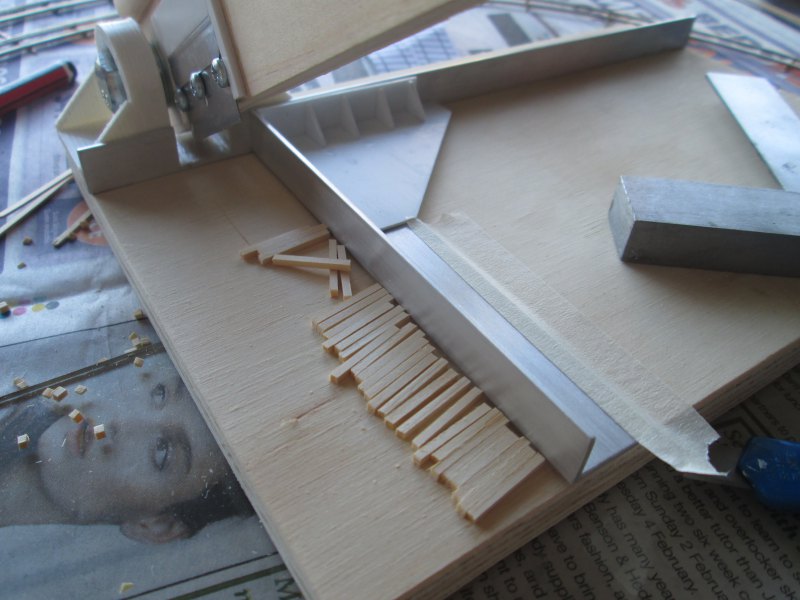 What an improvement! Before each sleeper had to be individually measured and then cut, with some considerable force as the wood is quite tough. Now, it takes mere seconds to chop dozens of sleepers! 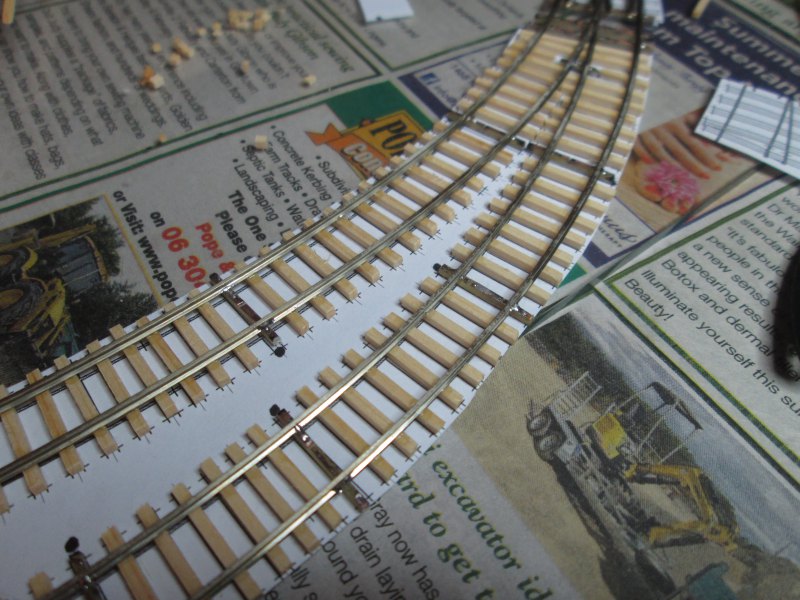 This length of track took no more than half an hour to lay sleepers for. The same sized area last night took an entire evening!

I've already found a couple of things to improve:

Version 2 is already being planned!