Ranuska has been slowly ticking along. The tunnel has been the focus of my attention lately.

First port of call was to get the track into place. Thanks to my chopper I quickly made up the sleepers. A few test fits later and I glued the track down for good with 24 hour Araldite â€“ 24 hours so that I had some time to get everything lined up before the glue went off. Once that was set I attacked the track with dark gray undercoat. 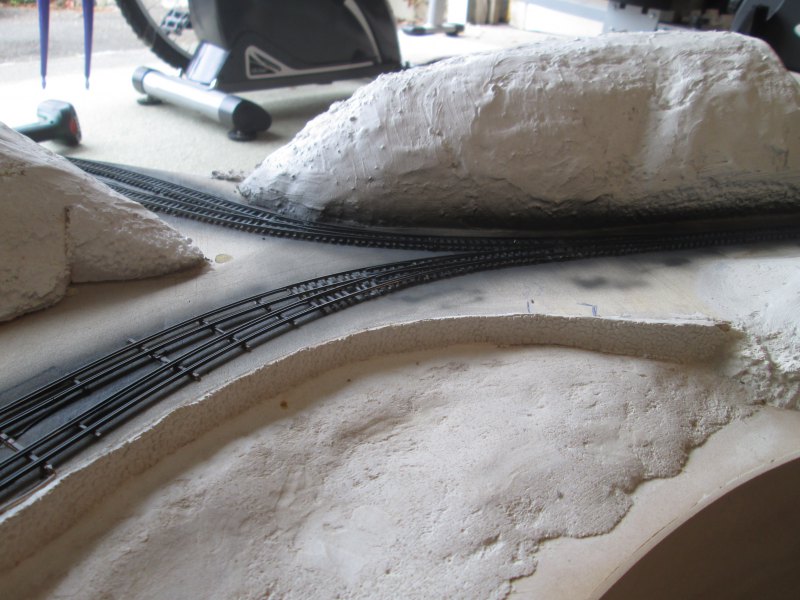 Now I had the track sorted, it was time to get the tunnel into place.

Before I put the tunnel walls in place, I need to line the inside of the tunnel. I did this with some well-expired Scultamold, that it turns out never set. I also added some small wood brackets to mount the tunnel to. 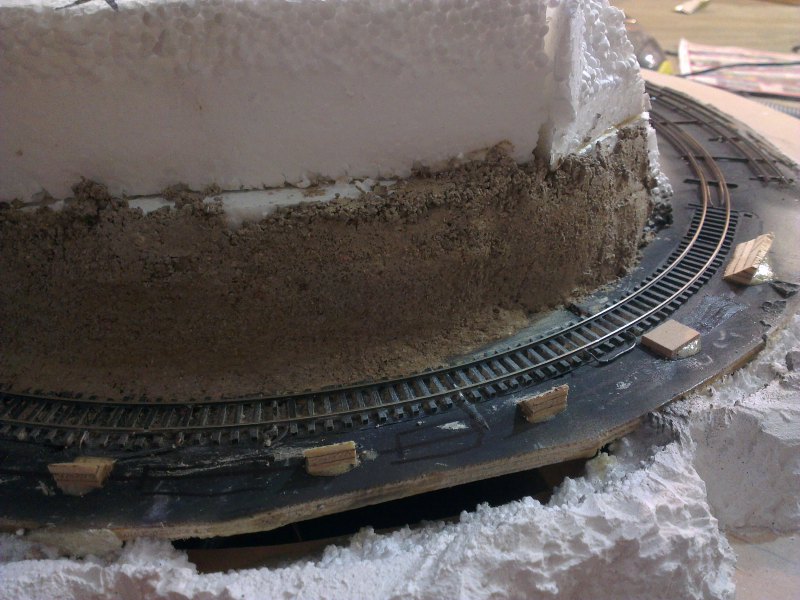 I tried painting the Sculptamold with black paint + diluted glue but that didn't help. I've since replaced it with some nice fresh plaster which set within minutes.

Now finally I could glue the tunnel wall into place. 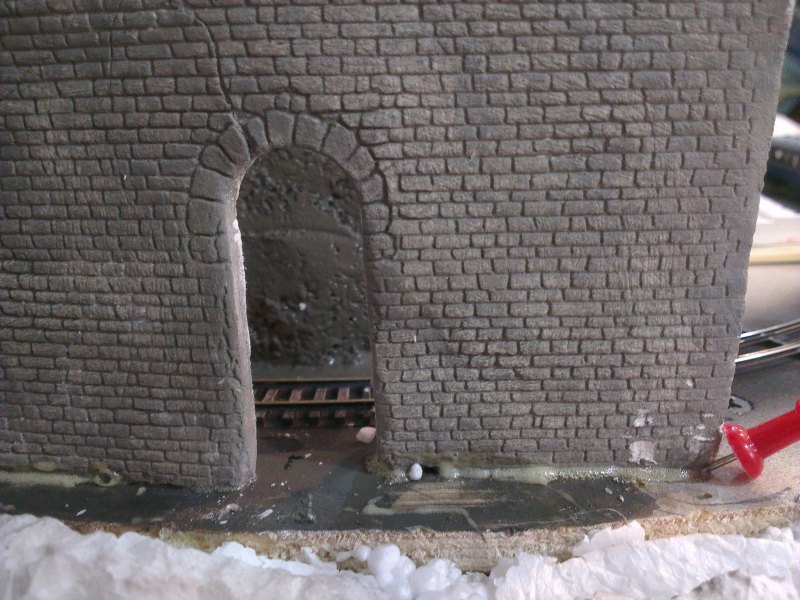 I added a bit of ballast to the track before I put the roof on the tunnel. I've discovered a new ballast material called chinchilla sand, which is special pet-sand for your pampered rodent. It's extra fine, ranging from dust to fine sand sized. It's super cheap, and best of all, it's uniformly light coloured, which makes it easy to tint.

So with the tunnel walls in place, it was time to add some rocks around the tunnel. This is the fun stuff.

I've invented a new mix of plaster that is approximately 80% plaster, and 20% chinchilla sand. The small amount of grit makes the plaster nice and gritty and slightly crumbly, but still good and strong. I mixed up some batches of this and slopped it over crude polystyrene rocks. Then I let it just set and attacked it with a blunt craft knife. Success! The plaster chipped off and left a great textured rockface behind. 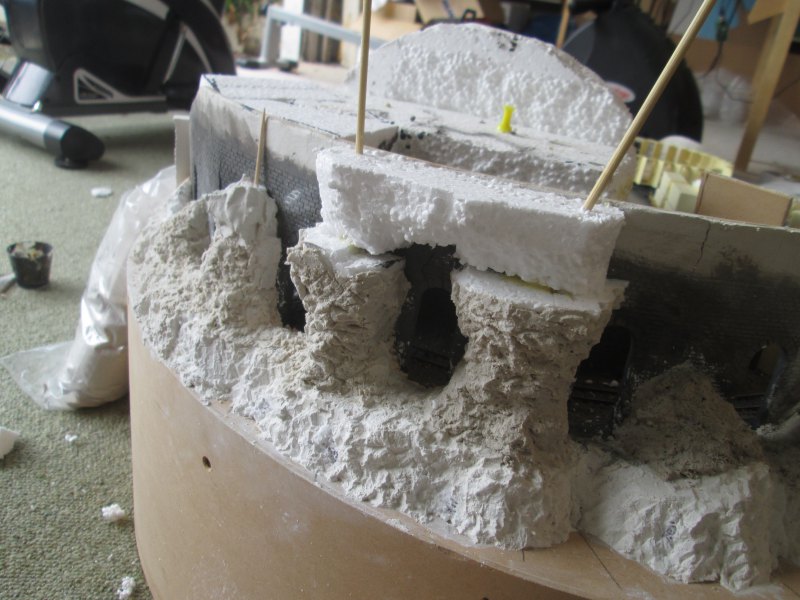 I decided to build up the rocks around the tunnel wall, making it look like the rocks had been there first. 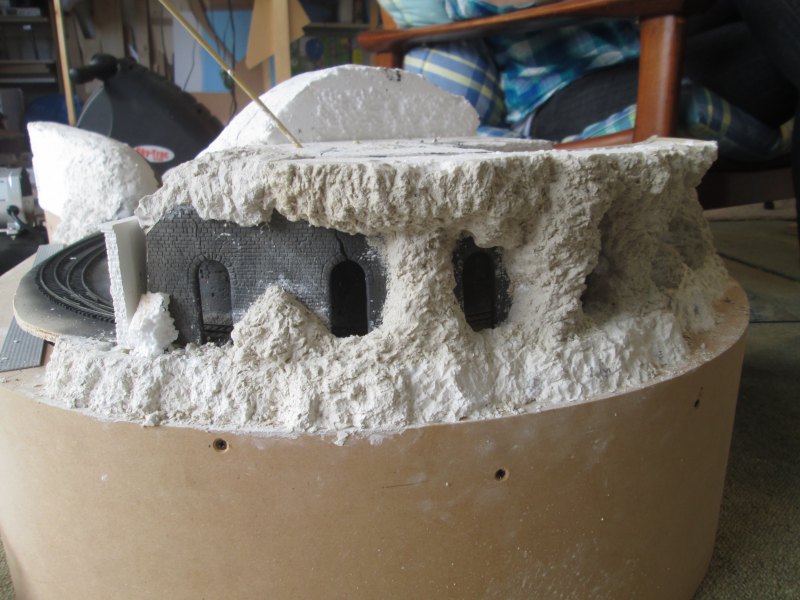 Some of the larger rocks I carved on the bench and then blended into place. Seemed to work pretty well. 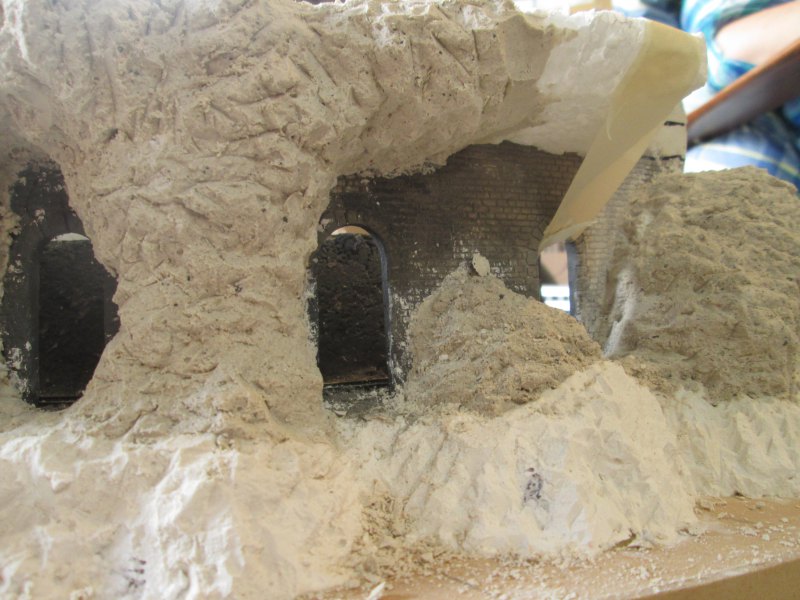 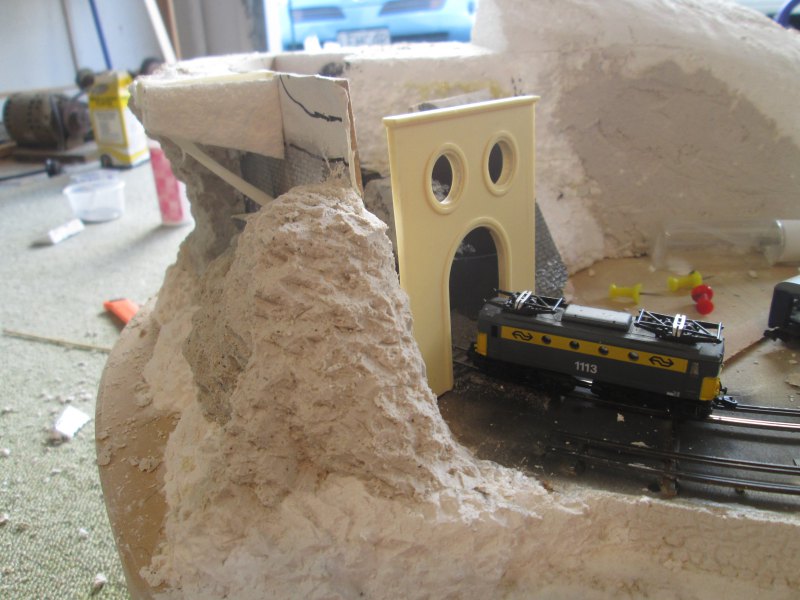 It's starting to look like the railway belongs amongst the scenery now. I wasn't completely happy with how regular the rock pillars were; it looked a bit like someone had put the tunnel there first and then built up rocks around it. Hmm. So this evening I mixed up a quick batch of Plaster of Chinchilla and beefed up the rockery a bit. End result: 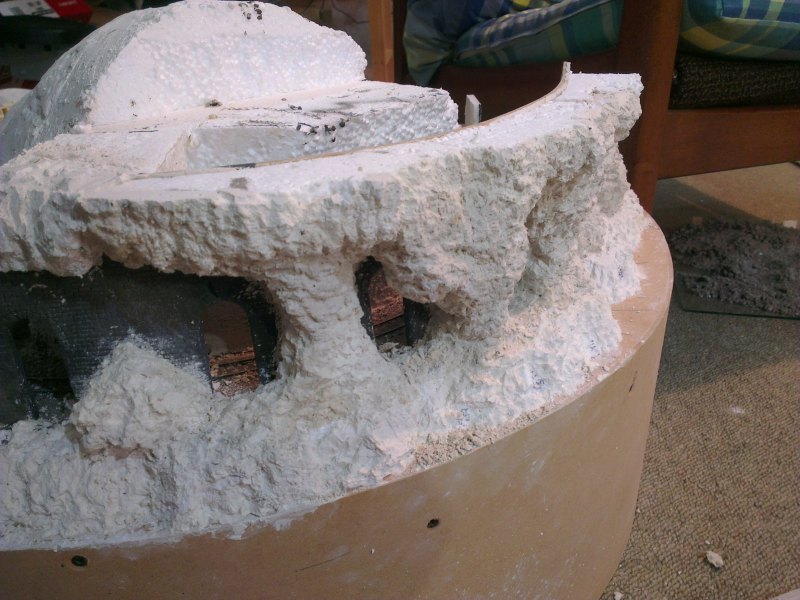 Much better! Once I've given the track inside the tunnel a vacuum I'll add the rest of the tunnel roof and then continue building up the tunnel. Que lots more Chilla-rocks as I build up the sea cliff. Looking forward to it!

Meanwhile I dug out an extra fine paint brush and mixed up some shades-of-gray to paint my mini retaining wall. 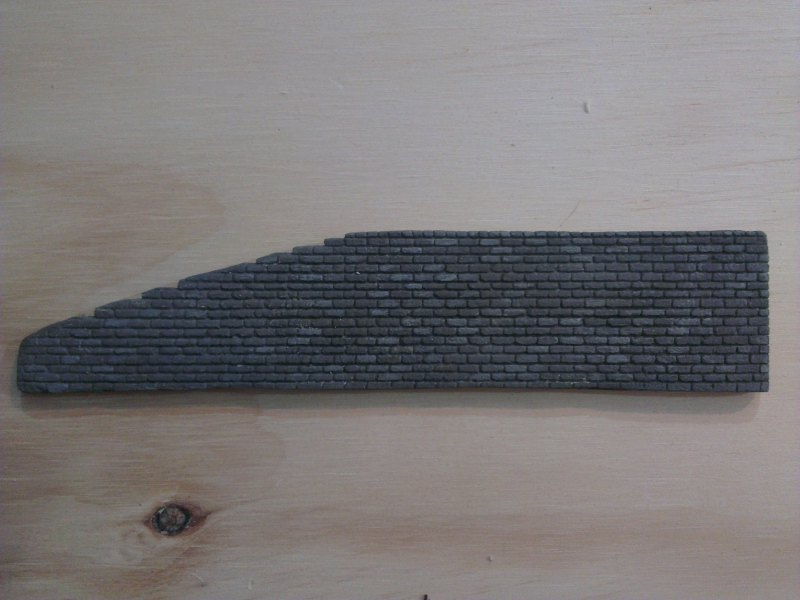 Half an hour later and I'm pretty pleased with the result. Just needs a wash of mortar.