First on the workbench this weekend was to get one of the points operating correctly. It turns out that building very tight radius points that operate well is quite a difficult task.

One of my points is located right at the mouth of the tunnel, making it fiddly to work on. It's also quite a tight radius and I was having trouble with the wheels jumping off the track, so the engineering department was called in to take a look.

The foreman first decided to take off one of the point blades and grind it down to a sharper point. This went well until some of the grinding equipment (a piece of sandpaper) snagged the point and bent it into a U shape! Panel beating efforts were unsuccessful. So a new point blade was duly fabricated.

The foreman then noticed that the rebate in the outer track was too big and the point blade wasn't lining up correctly. The maintenance window was extended and the workers set about correcting this. First the rail was built up using solder and then filed to shape, however that didn't work very well. So then the cutting equipment was brought in and a slice of rail taken out. No going back now! 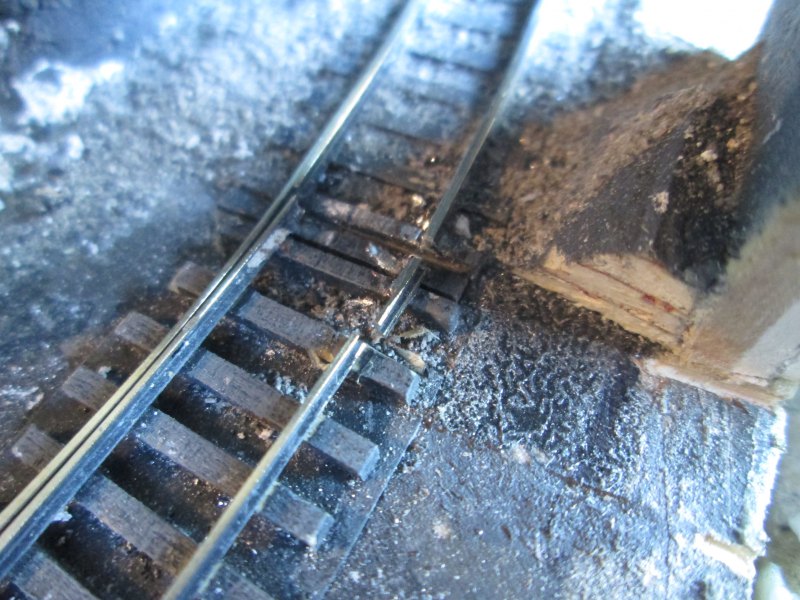 The rail was removed and the site cleaned up. Then a new piece of rail was very precisely cut to length and test fit. Some extra sleepers were added and the rail very carefully soldered into place: 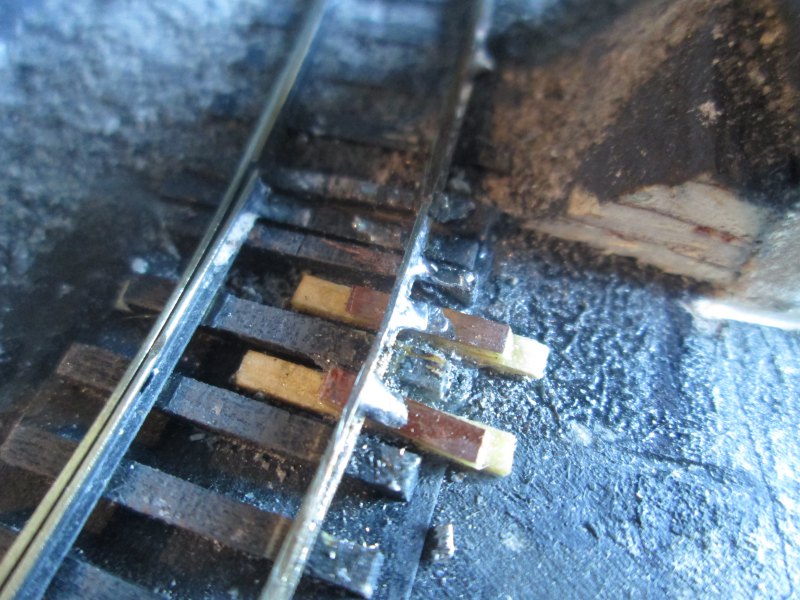 Finally the original point blade was put back into place. Initial testing suggests everything is working now. What a fiddly job! 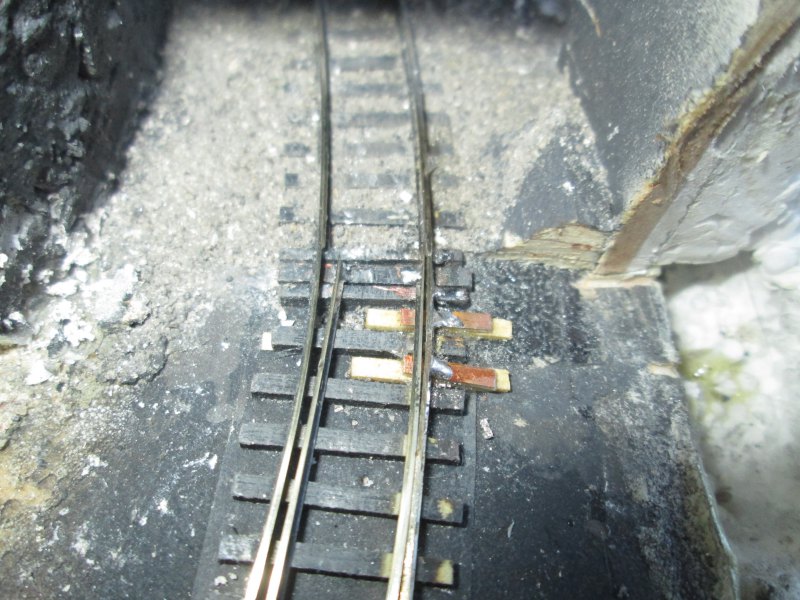 With the point fixed though I can now progress with ballasting and putting the tunnel portal into place.

Other jobs completed yesterday were adding some profile board around the back of a hill; it still needs to be sanded and smoothed out though. 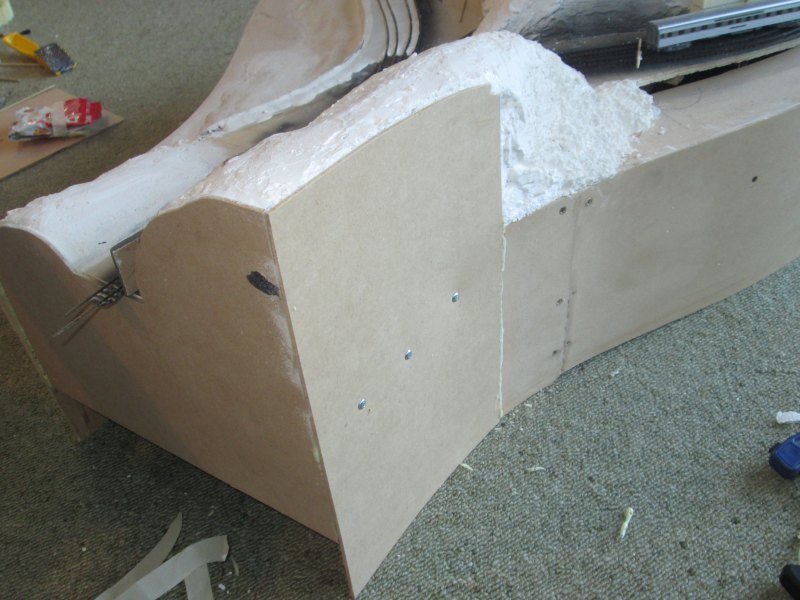 Paving with DAS is a fairly slow job. The basic steps are:

I found that dipping my finger in PVA made it much easier to smooth off the DAS. Once it's dried I get to hand carve hundreds of cobblestones in... that'll be a fun job! 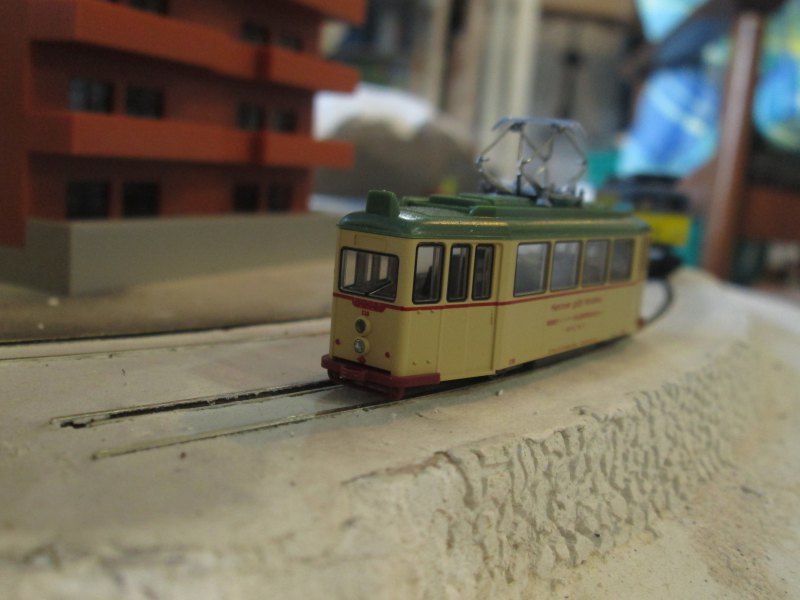 At the end of the day I posed my tram on the still wet street and admired the scene. I quite like it!